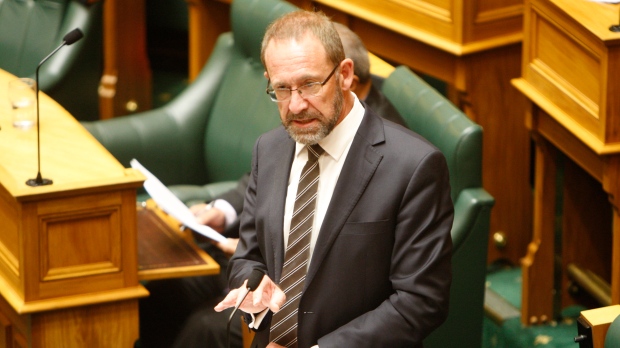 WELLINGTON, NEW ZEALAND — Margaret Sparrow was 21 years old when she drank a concoction to induce an abortion, at a time when the procedure was both illegal and socially unacceptable in New Zealand.

Now age 84, Sparrow was delighted Wednesday when lawmakers passed a landmark bill that treats the procedure as a health issue rather than a crime.

“It’s been a long time coming,” said Sparrow, a doctor who has spent her life advocating for the reproductive rights of women.

While views about abortions have generally become much more liberal in New Zealand since Sparrow’s experience, the law, while updated in 1977, had not fully reflected that change.

Until Wednesday’s vote, the procedure was still regulated under the Crimes Act, requiring women to prove to a doctor that their pregnancy presented a danger to their physical or mental health before they could get an abortion.

The new law removes those obstacles, allowing women who are up to 20 weeks pregnant to get an abortion and those over 20 weeks to get one with approval from a health practitioner.

Lawmakers voted 68 to 51 in favour of the bill.

Conservative lawmaker Simeon Brown, who opposed it, said an unborn child had a heartbeat and felt pain, and should be considered a person who is treated with dignity and respect.

Jackie Edmond, the chief executive of Family Planning, New Zealand’s largest referrer of women to abortion services, said she was thrilled with the vote and that women were finally being trusted to make their own health decisions.

“It’s fantastic Parliament has addressed something that they should have addressed 40 years ago,” Edmond said.

Sparrow said the law stayed on the books for so long because people found a work-around and lawmakers worried about the political consequences of opening up a debate about it.

That changed when Jacinda Ardern was elected prime minister in 2017 and followed up on a campaign promise to bring the issue to a vote.

Sparrow said it wasn’t so much her own experience of having an abortion that motivated her work over the decades but more recognizing that there was an unfilled need for women.

She began her career helping students get access to contraception and for several years helped send people to Australia to get abortions before the first New Zealand clinic opened. She said the landmark 1973 U.S. Supreme Court decision Roe v. Wade gave people hope for change in New Zealand.

Sparrow, who has received one of New Zealand’s top honours for her work, said the new law is a step forward but her work is not done yet.

“It will be safer for women and better for access,” she said. “The next stage is making sure its implemented.”