You Are Here Home Health News ‘No indication … we need to change,’ says B.C. as signs of a third wave increase 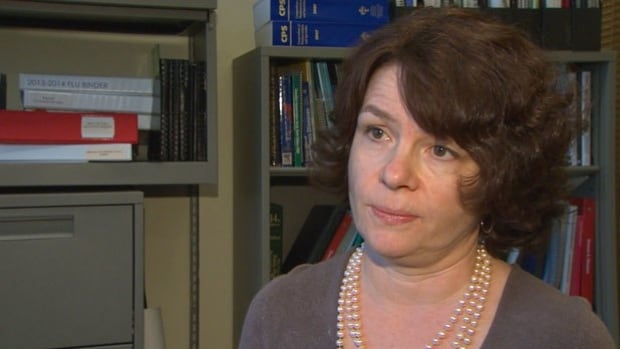 It’s hard to think of a more concerning 48 hours in B.C.’s attempts to contain the COVID-19 pandemic since the beginning of 2021.

On Sunday, the province announced that there had been a number of positive cases of faster-spreading variants in seven schools in Surrey and Delta.

Then on Monday, Fraser Health Authority announced that asymptomatic people have been tested for the virus, after months of saying that wasn’t necessary.

A couple hours later, the province announced — 90 minutes later than scheduled — that daily cases had continued to rise over the weekend compared to the previous week, to the point where the number of active cases and the rolling average of new cases are at their highest point in a month.

In other words, there’s a lot to be anxious about.

Unless, it seems, you’re the provincial government.

“There is no indication right now that in British Columbia we need to change our approach,” said Deputy Provincial Health Officer Dr. Reka Gustafson on Monday.

Now, what the government is confidently saying publicly, and what they’re debating privately, can often be two different things. Testing done so far indicates the variant has not spread widely in the affected schools.

And Gustafson’s statement that there’s no need for a new approach won’t be proven wise — or not — until a couple of weeks have passed.

But it’s worth unpacking why the province isn’t pushing the panic button.

Cases in schools = cases in communities

Gustafson made her statement in response to a question about Fraser Health changing its testing protocols. It includes more detailed contact tracing and streamlined screening for variants.

Active cases are up 51 per cent from the start of the month (from 1,513 to 2,290), and the province is essentially admitting more announcements about variants in schools will come.

“Cases in schools mirror what is happening in our communities, so it’s always a possibility we would see variants in schools,” said Gustafson.

But why are changes good for Surrey not good for Victoria, or Vancouver, or Kelowna? And why is the province still reticent about masks in elementary schools, and when students are at their desks, despite the requests of the BCTF to let school boards decide?

“If we’re going to make changes, based on evidence, and at the moment we need to let this process unfold,” said Education Minister Jennifer Whiteside.

The common thread between Gustafson saying increased contact tracing wasn’t needed outside of Fraser Health, and Whiteside saying more powers to school boards aren’t needed, is an apparent lack of evidence to support those claims.

At least at this point.

Left unsaid by the province is what exact evidence they are looking at when it comes to variants, and if there are firm measurements that would make them change their approach.

There were, however, further implications that the situation would be better if people followed the guidelines.

“We have very robust health and safety plans in place,” said Whiteside. “Where our safety plans are adhered to, we see very low rates of transmission.”

That may be. But over the weekend, parents with children at the SFU child-care centre received calls from Fraser Health saying it was possibly hit with a variant, and then gave different advice to different parents on whether to seek further testing.

In the end, Fraser Health announced there was no variant linked to that cluster — but the resulting confusion for parents was another example of how unclear communication can cause stress and anger.

The government is asking for a lot of faith in its approach and patience with examining new evidence, more than three months into restrictions that are now extended indefinitely.

With cases on the rise and with no new information on the vaccination plan scheduled until Friday at the earliest, that patience is being tested in new ways.

Something Whiteside seemed to admit on Monday.

“I can appreciate the anxiety,” said Whiteside.

“What I would say about this situation is we need to understand what happened in this particular situation.”

A circular statement, made as British Columbians prepare to flip the calendar to March, wondering what their own situation will look like in the months ahead.