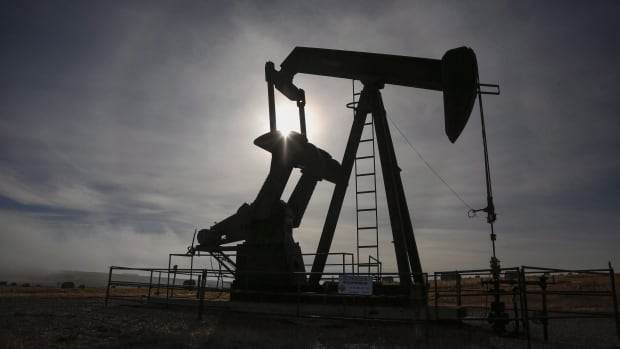 Oil prices dramatically dropped as markets opened in Asia on Monday, down more than 25 per cent after a 10 per cent drop on Friday.

West Texas Intermediate crude fell $9 US to $32 and international benchmark Brent fell $11 to $34.

It was the largest single-day drop since the beginning of the Gulf War in 1991.

Prices are falling as Saudi Arabia, Russia and other oil-producing countries argue about how much to cut production in order to prop up prices.

Demand for energy is falling as people cut back on travel around the world. The worry is that the coronavirus outbreak will slow economies sharply, meaning even less demand.

OPEC and key ally Russia failed to agree Friday on a cut to oil production that would have contained the plunge, and on Saturday, Saudi Arabia’s state oil giant Aramco slashed export prices.

“We’re seeing the outcome of a one-two punch in terms of a demand shock from the coronavirus … and on top of that this weekend’s news of a price war started after the breakdown of OPEC plus Russia arrangements,” said Blake Shaffer, an assistant professor of economics and public policy at University of Calgary.

Shaffer said the demand-side drop was expected but the more recent development of a price war is a supply-side issue that’s hammering the market.

The oil market has seen arguments like this before. In 2014, OPEC held off production cuts in order to hold onto market share in the face of a resurgent U.S. oil industry. That led oil to tumble from over $100 US a barrel to below $40 by 2015.

But experts say this drop is much more dramatic.

“This is a really big move. I was an energy trader for 15 years. I don’t have all the daily moves in my head, but this would definitely be one of the biggest ones I’ve seen,” Shaffer said.

Martin Pelletier, a portfolio manager with Trivest Wealth Council in Calgary, said this is a “nuclear-sized event” for an already-hurting Alberta, and if not contained, the economic malaise could spread to the rest of the country.

“This could be the knock-out punch for Alberta, unfortunately,” Pelletier said, adding that some companies might not survive the hit.

“We’re going to really need to see some leadership coming out of Ottawa, and I mean both the Bank of Canada and [Prime Minister Justin] Trudeau and the government … This is a crisis; this is a very serious event.”

Pelletier said he’d like to see both a large fiscal spending program tailored to impacted provinces and an emergency rate cut.

The Alberta government’s recent spring budget forecasts WTI will average $58 US a barrel in the coming year, and Shaffer said this is bad news both for the economy as a whole and for the province’s royalty revenues.

“Roughly every dollar [per barrel] is about $350 million to the government … We’re talking about a $7 billion decline in revenue expectations,” he said, adding that about $2 billion is made up from the improved differential and the Canadian dollar, so the net hit would be about $5 billion.

Some experts are predicting even lower numbers could be on the way.

Shaffer said seeing such a wide difference in price forecasts after the province’s budget dropped just weeks ago makes a strong case for the government to change how royalty revenues are budgeted and push for further economic diversification.

“If this is prolonged, you’ll see continued job layoffs and effects on families. One of the really important things I’ll stress is having an economy that isn’t dependent on the outcome of a price war between the Saudis and the Russians … I hope it’s yet another wake-up call in terms of the efforts to diversify our economy,” he said.