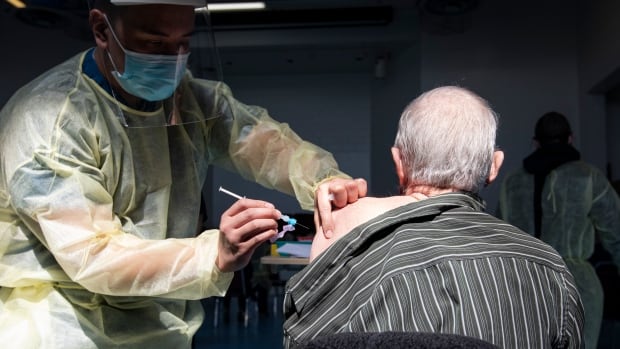 A new website that was set up to provide Ontarians with a list of businesses with fully vaccinated staff or that require customers to show proof of vaccination has shut down, citing online attacks from a small contingent of anti-vaxxers.

SafeTO-Do went live just last week, alongside a Twitter account that announced new additions to the website. It was created by Brandon Mattalo, a Toronto lawyer who works mostly in commercial litigation on a freelance basis.

Mattalo announced in a lengthy Twitter thread Tuesday night that he is shutting down the website. He previously said in an interview earlier this week that he has received messages from people opposed to the use of face masks to curb the spread of COVID-19.

He also said he’s heard from those opposed to vaccines and the concept of a vaccination passport, which is a document that is proof that the holder has received two doses of vaccine.

“Whenever I add a new business, there is a group of people (a small minority), who attack those businesses by leaving fake Google reviews, making false bookings at their restaurants, and sending hateful messages to them,” he wrote.

“I cannot, therefore, in good conscience continue to add businesses to the website, because I cannot be certain that they will not be attacked by the same people.”

Whenever I add a new business, there is a group of people (a small minority), who attack those businesses by leaving fake google reviews, making false bookings at their restaurants, and sending hateful messages to them.

I do not feel comfortable adding businesses, despite their requests, because I cannot possibly confirm that they know about some of the negative reactions that may result.

In a previous interview, Mattalo said the idea for the website came from a desire to help residents and businesses.

“I think people want this information. And I just thought centralizing it in an easy-to-look-at format and to look through would be useful to people,” he said. “There isn’t really guidance on what businesses should do.”

On Twitter, Mattalo said he has gotten a lot of supportive messages from businesses about the venture, with one telling him that it received over 100,000 online views after being listed, and only 20 negative posts.

“Overall, it has been an abundantly positive reaction from the community,” he wrote.

But Mattalo said he’s also gotten a “significant” number of hate messages, including one that he reported to police.

“The messages have become increasingly personal, directed and hateful.”

He said he didn’t want to expose any more businesses to that kind of response. “Many just want to do their business and not deal with this, understandably.”

Some businesses call for government guidance

People’s Pint Brewing Company was one of the companies listed on the website before it shut down. Co-owner Doug Appeldoorn told CBC News that staff there are all fully vaccinated, and said he thought the SafeTO-Do website was a great idea.

“I think it’s terrible that a small minority of very vocal, dangerous people are allowed to do these kinds of things.”

Appeldoorn noted, however, that outside from a few detractors, response to the company’s announcement that all staff have been vaccinated has been received in an “overwhelmingly positive” way.

He says he believes the province should be providing guidance and a framework, through a program like vaccine passports — an idea Premier Doug Ford has rejected despite calls from several prominent organizations including the Toronto Region Board of Trade.

As of Wednesday, 63 per cent of eligible Ontarians are fully vaccinated and just under 80 per cent have had a first dose of vaccine. The province reported 135 new cases of COVID-19 today.

Opioid manufacturer agrees to $150M settlement after class-action lawsuit led by B.C. asks for $60B