You Are Here Home Health News Ontarians should only celebrate holidays with people in their own home, province announces 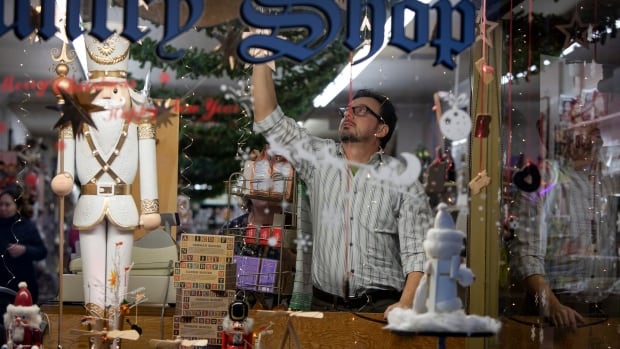 Ontarians across the province should only celebrate the upcoming holiday season with people inside their own household, Premier Doug Ford announced Wednesday.

“Doing so is critical if you live in a lockdown region,” Ford said. “If you live alone you can join one other household. Please don’t have big holiday parties.”

A provincial news release also states that anyone “living away from home, including those studying at colleges and universities, should consider doing a self-quarantine, or reducing close contact with others, 10 to 14 days before returning home for the holidays.”

Health Minister Christine Elliott said she knows how difficult the last several months have been for people.

“The holiday season will need to be a little different in order to protect our loved ones and our communities,” she said.

Ford and Elliott also suggested virtual gatherings as an alternative.

“To keep your loved ones safe, traditions will have to be adjusted,” Ford said.

The announcement comes as Ontario reported another 1,373 cases of COVID-19 and 35 more deaths linked to the illness on Wednesday.

Other public health units that saw double-digit increases in today’s report were:

[Note: All of the figures used in this story are found on the Ministry of Health’s COVID-19 dashboard or in its Daily Epidemiologic Summary. The number of cases for any region may differ from what is reported by the local public health unit, because local units report figures at different times.]

There were also 162 school-related cases, including 138 students and 24 staff members. There are 688 publicly-funded schools in Ontario, or about 14.6 per cent, with at least one reported instance of COVID-19. Four schools are closed due to outbreaks.

The new cases come as Ford’s government is under fire for its pandemic response. A new report from the province’s Auditor General Bonnie Lysyk found that the response was hampered by “delays and confusion in decision-making.“

Meanwhile, Ontario’s labs processed 36,076 test samples for the novel coronavirus and reported a provincewide test positivity rate of 4.7 per cent.

There are currently 12,779 confirmed, active cases of COVID-19 in Ontario, 138 fewer than yesterday.

The number of people with the illness in Ontario hospitals fell 11 to 523. Those being treated in intensive care stayed unchanged at 159, while 15 more patients were put on ventilators.

The 35 additional deaths reported today include 29 people aged 70 and over who contracted the virus in an outbreak, most likely long-term care settings. Ontario’s official death toll now sits at 3,554.

The province’s response to the COVID-19 pandemic was slower and more reactive than that of other provinces, Lysyk concluded in her report.

She said outdated provincial emergency plans played a role in slowing down the provincial response in the winter and spring, as did systemic issues such as a lack of laboratory surge capacity and old IT systems.

Lysyk also pointed to an increasingly cumbersome command structure, and one that was not led by public health expertise despite the creation and expansion of a provincial health command table that she says now involves more than 500 people.

As well, she found the province’s chief medical officer of health did not fully exercise his powers in responding to the pandemic, or issue directives to local health officials to ensure a consistent approach across regions.

The auditor general also raised concerns that lab testing, case management and contact tracing were not being conducted in a timely enough manner to limit the spread of the virus, noting that between January and August, all but one public health unit failed to meet the target of reporting test results within a day 60 per cent of the time.

The findings are part of a special report released today that examines Ontario’s emergency management in the context of the pandemic, and its outbreak planning and decision-making, among other things.

In the report, Lysyk said many of the issues her office identified would have been avoidable if the province had acted on key lessons from the 2003 SARS outbreak before or during the health crisis.

Ford responded to the report Wednesday, saying that he had “serious problems” with it.

“This does nothing but undermine this entire health team,” Ford said, adding that he “won’t stand for this.”

Ford also directly criticized Lysyk herself, accusing her of sitting in her office and throwing “hand grenades” at the government’s health officials.

COVID-19 and the holidays

Toronto and Peel Region are currently under the grey or lockdown level in the province’s tiered COVID-19 alert system, with those restrictions set to stay in place at least until the week of Christmas.

Public health measures under the lockdown level include a ban on indoor gatherings except with those in the same household, as well as closing down restaurants for all but takeout and delivery.

The province’s chief medical officer of health said earlier this week it seemed unlikely the situation would improve in those regions enough over 28 days to warrant moving them to the red alert level, which is one level lower. Previously, Dr. David Williams was derided for his suggestion that the entire province could be in the green zone by Christmas.

Ontario’s most recent modelling showed the province is on track to see up to 6,500 new daily cases of COVID-19 by mid-December, though those projections are expected to be updated Thursday.