TORONTO — Ontario appears to have avoided a devastating scenario in which doctors in the province’s intensive care units (ICU) could have been forced to pick and choose who gets life-saving care and who doesn’t.

Less than a month ago, an Ontario Health official had warned that reaching 900 COVID-19 patients in the ICU could result in a triage protocol that would see some of the oldest and sickest patients not receive the highest level of care available.

On Tuesday, Ontario Health Minister Christine Elliott told CP24 that arrows are starting to point away from this worst-case scenario, despite the number of ICU patients hovering near that threshold.

“In terms of the triage protocol, that’s something that has not been activated in Ontario, and fortunately — from what the medical experts are saying — it appears we won’t need to, which is very good news for everyone.”

The statement comes as Ontario reports 886 COVID-19 patients in intensive care units. That number has stayed relatively stable over the last week, with the case count tipping above the 900 mark on May 1 before dipping back down again.

At the beginning of April, Ontario Health Executive Vice President Dr. Chris Simpson told CP24 that if the number of COVID-19 patients in ICU stretched above 900 and community cases continued to grow, “then we will probably be into territory where we have to start thinking about other means, either growing capacity or activating the triage protocol but that has to be and we are determined that it will be the last resort.”

The triage protocol was developed in January. The document says that patients expected to live 12 months or longer post treatment should be given more attention and care in scenarios where health-care resources are stretched too thin.

Since then, there have been a number of emergency actions taken by the provincial government, including the cancellations of elective surgeries and the transferring of patients to hospitals that have more capacity than other hospitals in hot spots. 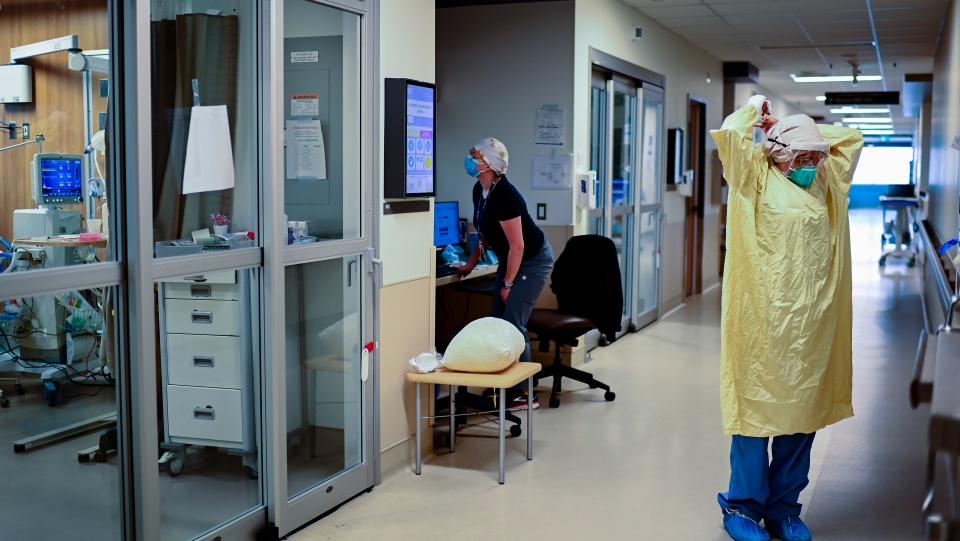 Health officials and ICU doctors across the province say they have been able to breathe a sigh of relief this week after receiving information that the province may be able to completely avoid a critical care triage situation.

“I think for everybody, this is a bit of a breath and a sigh of relief,” Dr. Christie Lee, interim site lead for the ICU at Mount Sinai, told CTV News Toronto. “Over the last few days we have been getting information in particular from our Ontario Critical Care Command Centre, which suggests that new projections from the science table which may be released in the coming days are suggesting that we may not hit those same high targets that we were thinking about.”

“Although the numbers are still quite high, if we don’t hit those projections then it probably would suggest we may be able to avoid having to institute or implement any sort of triage protocol.”

Dr. Mark Soth, critical care director for St. Joseph’s Hospital in Hamilton, says there have been tough decisions like patient transfers, but those have helped avoid leaving patients without the care they need.

“I think we’ve done a pretty good job of spreading patients out around the province to make use of all the critical care capacity, we’ve got to because you really want to use everything you have before you’d consider anything like triage,” Soth said. “I think unfortunately we’re in a situation where that’s the best option — that we’ve got to do that, rather than have areas come under so much pressure that they can’t cope with it.”

If Ontario is able to blunt the spread of the virus through the community and inoculate those most at risk of infection, Soth said the province should be able to avoid further strain on hospitals.

President and CEO of the University Health Network, a system of hospitals that include Toronto General, Toronto Western and Princess Margaret, echoed this statement and that it is critical people continue to follow public health measures and get their COVID-19 vaccinations in order to ensure the number of patients in the ICU continues to flatten.

“Fortunately, I would say while we’re still full, our rate of growth is slightly is modifying, so it’s not increasing,” Dr. Kevin Smith told CTV News Toronto. “We are also seeing some discharges, which is good news.”

“I’ll temper the good news by saying it could absolutely go the other way again if we back off one iota on the behaviors that are necessary—getting your vaccine, following public health measures, keeping distance, socializing only with whom you reside, all those things we know we need to do.”

THOSE WAITING FOR SCHEDULED CARE COULD SOON TURN TO EMERGENCY CARE

While hospitals may not need to use the triage protocol developed in January, doctors are concerned that more non-COVID-19 patients could end up in emergency due to a lack of scheduled care.

“I think all of us feel like we can make this work over three or four weeks. But if we don’t really follow the rules and bring it under control and get back to being able to do our scheduled work outside of COVID, (it) raises concerns about what that would mean for those patients waiting for other important intervention.” 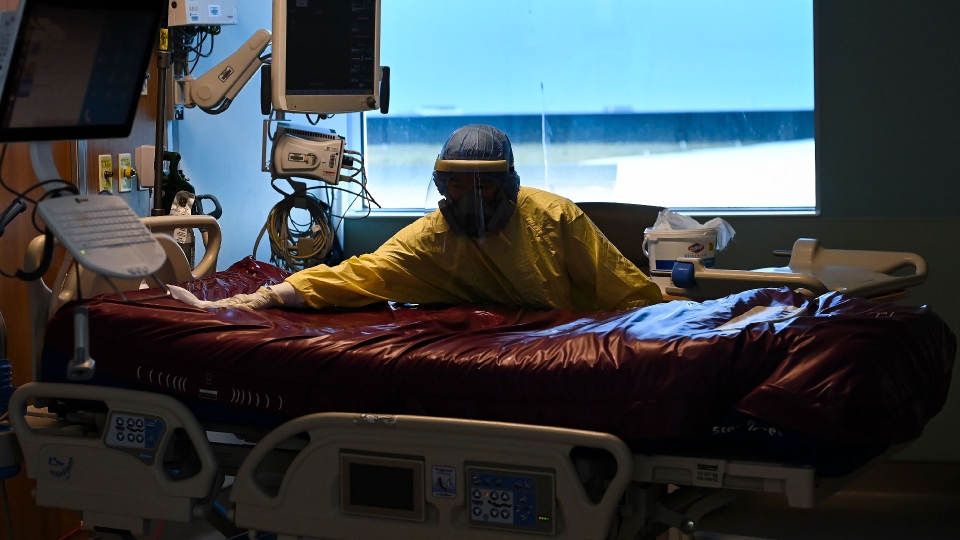 Smith added that the highest priority non-COVID-19 patients are still receiving care at UHN—identified as patients who require care within 14 days— but others are being asked to wait as staff are redeployed to help with the pandemic efforts. For cancer patients, for example, Smith says that the time between diagnosis and treatment can be critical.

Some of these patients may need to be treated in an emergency room.

Once the number of COVID-19 patients in Ontario ICUs does drop and the emergency measures are lifted, Smith says it will still take time to deal with the lengthy list of individuals who will need care. This will add further strain to the overburdened health-care system as front-line staff who have been working throughout the pandemic continue to play catch up.

“It’s a balloon right,” Smith said. “If you can’t squeeze any one place and not have a pop at another, it will. We really have to keep that balance of both those who need COVID care and those who have other critical care needs.”

The government has not indicated how long their directive regarding the cancellation of elective surgeries and the transferring of patients will last.