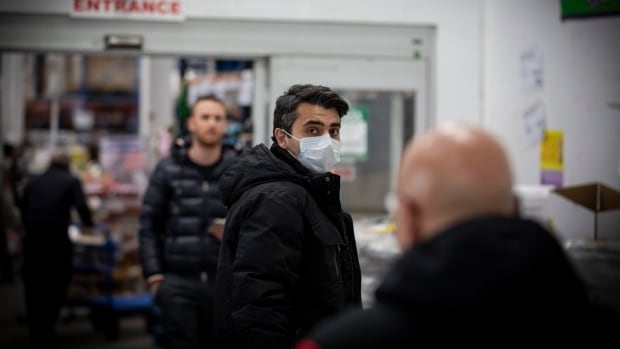 Ontario Premier Doug Ford has declared a state of emergency in the province as it looks to combat the spread of COVID-19.

“We’re facing an unprecedented time in our history. This is a decision that was not made lightly,” Ford said at a Tuesday morning news conference at Queen’s Park. He was joined by Ontario Solicitor General Sylvia Jones, Health Minister Christine Elliott, Finance Minister Rod Phillips and Dr. David Williams, Ontario’s chief medical officer.

“COVID-19 constitutes a danger of major proportions,” he continued. “We must act decisively, we must not delay.”

As part of the declaration, the province will mandate the closure of restaurants and bars, though those that can offer takeout and delivery can continue selling food items.

The province is also prohibiting gatherings of more than 50 people, including at indoor recreation centres, theatres and concert venues, places of worship, private schools and daycares until March 31.

The order does not yet apply to public transit, shopping malls, grocery stores and pharmacies, Williams said.

Ford stressed that the state of emergency does not constitute a “provincial shutdown.”

“The vast majority of businesses, including those most vital to day-to-day life, will not be affected by this order,” he said.

As of Monday evening, there were 177 confirmed cases of COVID-19 in Ontario, though five are considered resolved. Cases are spread geographically throughout the province, though the majority are concentrated in the Greater Toronto Area.

Updated figures are expected to be released around 10:30 a.m.

Saying we must flatten the curve and slow down the spread of COVID-19, Ontario Premier Doug Ford declares a state of emergency. 9:51

At the news conference, Ford also announced the “first stage” of a COVID-19 emergency relief fund. He said that $300 million will be used to add 75 critical-care beds and 500 post-acute care beds at Ontario hospitals. It will also go to establishing 25 more COVID-19 dedicated assessment centres in the province.

Ford added that the funds will be used to purchase more personal protective equipment for medical professionals and backfill 1,000 additional nurses and personal support workers at hospitals dealing with an influx of cases. Fifty physicians will also be assigned for primary and emergency care in Indigenous, rural and remote communities in Ontario, Ford said.

Additional measures could be implemented in the coming days, he said.

The legislation that gives the premier and his cabinet the power to declare a state of emergency is the Emergency Management and Civil Protection Act. Among the powers it gives to the premier is the authority to close “any place, whether public or private, including any business, office, school, hospital or other establishment or institution.”

Meanwhile, provincial and Toronto health authorities have said that community spread of the illness can no longer be ruled out.

The provincial legislature is scheduled to sit on Thursday, and Ford said he hopes to have all pending measures passed in a single day with the co-operation of the Opposition NDP.

If you have lingering questions about COVID-19 in Canada and how it may affect you and your family, you may find this CBC News guide helpful.