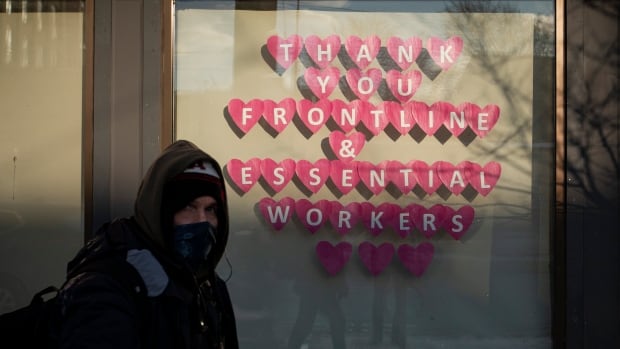 Ontario reported another 1,670 cases of COVID-19 and the deaths of 45 more people with the illness on Friday, as the province’s labs logged a test positivity rate not seen since October.

The total for Toronto, however, includes 125 previous cases that were missed when the local public health unit migrated its data to Ontario’s centralized COVID-19 tracking system, the Ministry of Health said.

Other public health units that saw double-digit increases in new cases were:

The seven-day average of new daily cases fell to 1,576, the lowest since late November. It has been in steady decline since its peak at 3,555 on Jan. 11.

Speaking yesterday, Ontario’s Medical Officer of Health Dr. David Williams said that, generally, many indicators are on a “downward trend” in the province.

“But at the same time, we’re not out of the woods on these issues,” he cautioned.

Of particular worry are the “variants of concern” of the virus currently circulating in Ontario. The province said as of yesterday, it had confirmed 156 cases linked to variants: 155 caused by the variant identified in the United Kingdom and one case of the variant first found in South Africa.

The province said it administered another 7,694 doses of COVID-19 vaccines yesterday. A total of 362,749 doses have been given out in Ontario so far, and 87,831 people have gotten both shots required for maximum immunization.

State of emergency set to expire next week

Meanwhile, Ontario’s labour minister said yesterday that Premier Doug Ford will announce details on reopening the province’s economy next week. Earlier this week, Ford hinted an announcement could come as early as Monday next week, before his office backtracked and said it will take more time.

Monte McNaughton did not provide further specifics, but his comments were made as the province’s current state of emergency is set to expire on Tuesday.

Ford and his cabinet are meeting today to discuss the government’s options surrounding the emergency order.

Ontario’s Solicitor General’s office said no decisions have been made regarding whether to end or extend the emergency order.

A provincial lockdown was imposed in late December and was followed by the state of emergency and a stay-at-home order that took effect Jan. 14 as COVID-19 rates surged.

Statistics Canada reported this morning that lockdowns took a considerable toll on the country’s workforce last month. Canada’s economy lost 213,000 jobs in January, about five times more than what economists were expecting, as retail lockdowns forced more businesses to close their doors across the country.

Most of the losses were concentrated in Ontario and Quebec, which lost a combined 251,000 jobs — mostly in retail, accommodation and food services.