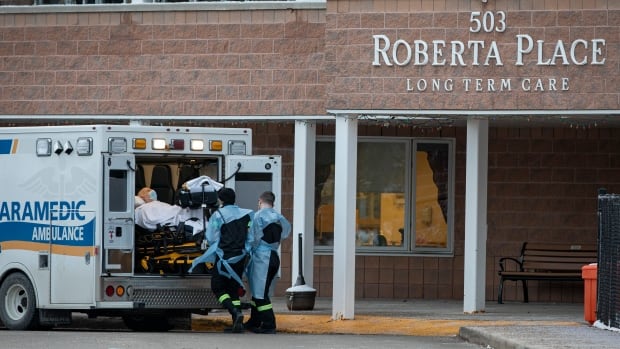 Ontario reported another 2,632 cases of COVID-19 and 46 more deaths of people with the illness on Thursday.

According to the Ministry of Health, the total case count in today’s provincial update included 102 infections in Toronto that were previously unreported due to a technical issue.

The five public health units that currently have the most new cases per capita are:

The cases come as Ontario’s network of labs processed 70,256 test samples for the virus, notably more than on each of the last four days. The labs reported a test positivity rate of 4.3 per cent.

The seven-day average of daily cases — which helps clarify long-term trends in the data — fell to 2,751, marking 10 straight days of decreases in that figure.

Furthermore, another 2,990 infections were marked resolved in Thursday’s report. There are currently some 26,063 confirmed, active cases of COVID-19 provincewide, a number that has been trending steadily downward since its peak on Jan. 11.

Epidemiologists told CBC News that as Ontario nears four complete weeks under “lockdown” conditions, the measures seem to be working. They cautioned, however, the province is still far from ready for a return to normalcy.

To that end, the provincial government released a video this morning that features Premier Doug Ford telling residents to “stay at home” in 21 languages.

Meanwhile, according to the Ministry of Health’s figures, there were 1,533 people in hospitals with COVID-19, 65 fewer than the day before.

Of those, 388 were being treated in intensive care and 293 required a ventilator a breathe, both down slightly as well from the day before.

Ontario’s death toll linked to the illness climbed to 5,614.

Another 15,889 doses of COVID-19 vaccines were administered yesterday, the ministry said, bringing the total number of shots given out to 253,817. Thus far, 40,225 people in Ontario have received both doses of one of two vaccines currently approved by Health Canada.

Moreover, the province said this morning it would begin including information on the prevalence of variants of SARS- CoV-2, the virus that causes COVID-19, in its weekly epidemiological reports. The reports are typically published online every Thursday afternoon.

Yesterday, the Simcoe Muskoka health unit said that preliminary swabs from a Barrie long-term care home indicated “a very high probability” that at least some of the cases in the facility were due to a variant. Conclusive results are expected in the coming days.