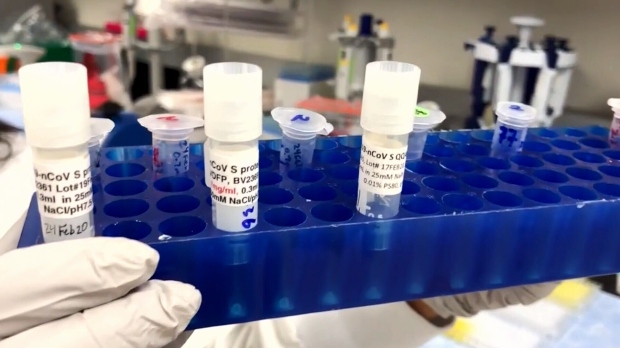 TORONTO — Ontario health officials have confirmed four positive cases of COVID-19 on Sunday, bringing the total number of cases in the province to 32.

In a news release, health officials said that the first new patient is a woman in her 60s who returned from France on March 2. She presented herself to the Scarborough Health Network – General Site’s emergency department in Toronto on Saturday.

The other case involves a man in his 60s who returned from Washington, D.C. on March 3. He presented himself at North York General Hospital’s emergency department, also in Toronto, on Saturday.

“In both cases, the hospital took all necessary precautions and followed standard operating procedures, including testing and assessment. The patients have been discharged home where they remain in self-isolation,” officials said in a news release.

Earlier in the day, officials said a woman in her 40s who returned from Colorado on March 2. She presented herself to the Sunnybrook Health Sciences Centre’s emergency department in Toronto.

The patient was discharged home the same day, where she remains in self-isolation, officials said.

“The hospital took all necessary precautions and followed standard operating procedures, including testing and assessment,” health officials said in a statement.

Peel health officials confirmed Sunday evening the region’s third case of COVID-19 — a man in his 50’s who returned from Germany on Saturday. He was assessed at Brampton Civic Hospital.

“Thanks to the swift and careful actions of our Emergency Department, Infection Prevention and Control (IPAC), and our incident management teams, we were able to take all necessary steps to ensure we protected our staff, physicians, volunteers and community, and that the individual was cared for appropriately and effectively,” said Kiki Ferrari of William Osler Health System.

Health officials say the virus is not yet circulating locally.

The newest diagnosis comes a few days after six new cases were confirmed within a 36-hour time period.

Ontario’s Chief Medical Officer of Health Dr. David Williams will comment on the most recent COVID-19 case during a regularly scheduled briefing on Monday afternoon.

MORE: What we know about the 29 cases of COVID-19 in Ontario

Four of the 32 people who have been diagnosed with COVID-19 have recovered.

There are 63 people diagnosed with COVID-19 in Canada and more than 100,000 confirmed cases around the world.