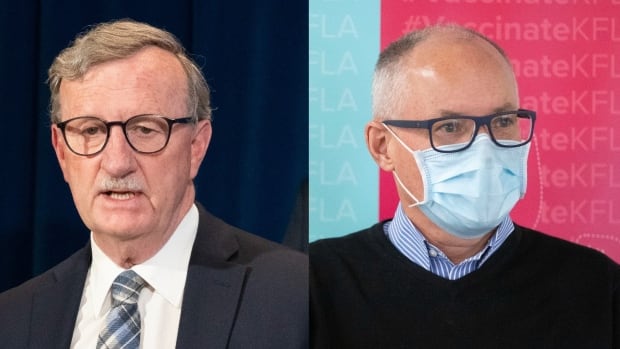 The Ontario government will replace Dr. David Williams as chief medical officer of health in June, the province’s health minister announced on Sunday.

Williams is set to retire on June 25, Christine Elliott said in a news release. He will be replaced by Dr. Kieran Moore,  currently the medical officer of health for Kingston, Frontenac, Lennox and Addington Public Health. Moore is expected to step into the role on June 26.

Williams, who was set to retire months ago but delayed the move because of the COVID-19 pandemic, has held the position for five years.

Premier Doug Ford’s government will table a motion in the legislature on Monday to formalize the appointment, according to the news release.

Moore is expected to work with Williams as he gets used to the job, starting June 7.

“Moore’s years of experience working in public health will be crucial as we begin to gradually lift public health measures,” Elliott said.

Moore thanked the government for the “great honour,” saying he does not take the responsibilities of the job lightly.

“If appointed as the province’s next chief medical officer of health, I would remain steadfast in my commitment to fight COVID-19 and I would provide all necessary advice to the government to ensure the health and safety of all Ontarians,” Moore is quoted as saying in the release.

Among other duties, the chief medical officer of health provides advice on public health matters to the health sector and government. The appointment is normally for five years, with a second five-year term possible.

Elliott thanked Williams for his service, highlighting “his dedication to safeguarding the health and safety of Ontarians during his many years of service.”

Williams said it had been an honour to serve in the role.

“I also want to thank the people of Ontario for the resilience they have displayed throughout this pandemic and for the support they have shown me in these challenging times,” he said in a statement on Sunday.

While the government praised his leadership during the COVID-19 crisis, critics have taken aim at his communication style and questioned his ability to stand up to Ford.

The announcement comes as the premier struggles with whether to send students back to school for the final weeks of the academic year. Williams, who supports doing so, said returning to classrooms can be done safely.

Other experts, however, have expressed reticence, saying COVID-19 still poses a significant threat and that the risks of allowing students back in school are too great.

The province is currently due to enter the first stage of a three-step reopening plan in mid-June.