Obtaining the Campaigns list from the server has failed!
Server response:
CM Ad cahger Server plugin is not active on https://legendarygroup.co/admanager/
You Are Here Home Health News Overlooked No More: Rebecca Lee Crumpler, Who Battled Prejudice in Medicine 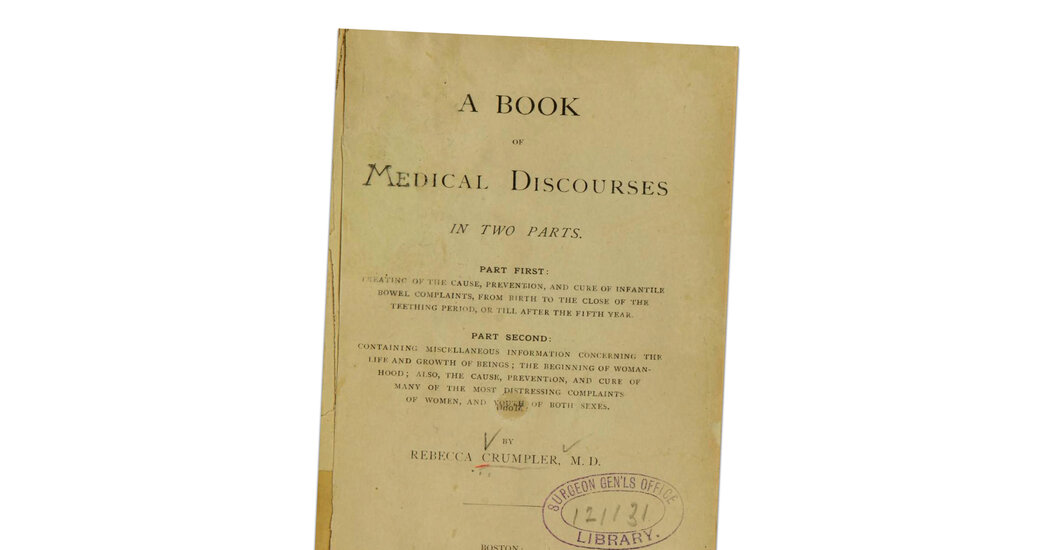 Her house, at 67 Joy Street, now has a plaque honoring her and is a stop on the Boston Women’s Heritage Trail.

From that house, Crumpler treated mostly women and children, regardless of their ability to pay. Her book, dedicated to nurses and mothers, is seen as a precursor to “What to Expect When You’re Expecting” (1984), considered the prenatal bible for countless pregnant women. It is full of admonishments.

“Children should not be asked if they like such and such things to eat, with the privilege of choosing that which will give them no nourishment to the blood,” Crumpler wrote. She also said, “Parents should hold onto their children, and children should stand by their parents, until the last strand of the silken cord is broken.”

An article in 1894 in The Boston Globe described her book as “valuable” and Crumpler as “a very pleasant and intellectual woman” and “an indefatigable church worker.”

In 2019 Vicki Gall, a history buff and president of the Friends of the Hyde Park Library, began a fund-raising campaign to have gravestones installed for them both. They were added at a ceremony on July 16, 2020, which Gall led.

“I didn’t do this as a feel-good moment,” Gall said by phone. “It was a historical moment. She didn’t know the importance of what she was doing at the time, but we recognize it now.”

There is no more trampled grass near the resting site of Rebecca Lee Crumpler. Instead, there is an awakening of her contributions to the medical community. As she wrote in “A Book of Medical Discourses”: “What we need today in every community is not a shrinking or flagging of womanly usefulness in this field of labor, but renewed and courageous readiness to do when and wherever duty calls.”