You Are Here Home Health News Partygoers in Seattle, a Suburban D.C. Mom: Coronavirus in the Community 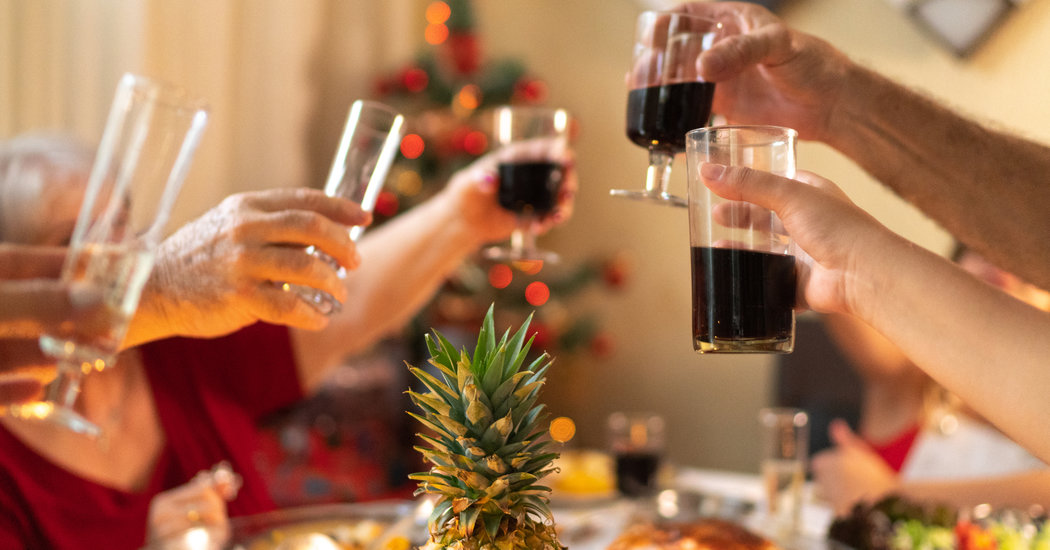 The woman, a 37-year-old lawyer, was cleaning up after dinner when she started to cough. It was odd, because she hadn’t been sick. And yet, she explained to me, the cough felt like it was coming from deep inside her chest.

She could feel a rattling when she took a breath and a tightness, as if she were wearing a shirt that was much too small. She said to her husband, half-joking, “I hope I don’t have coronavirus.”

She was, she confessed, totally neurotic about this new virus. (Like most of those I talked to for this story, she didn’t want her name used.) Her parents, both approaching 80, lived with her, and as soon as she had heard about this epidemic hitting American shores she’d loaded up everyone — her parents, her husband and her three kids — with hand sanitizer. Her parents were healthy, and she wanted to make sure they stayed that way.

But late that night, when awakened by her 4-year-old daughter, she felt hot and achy, as if she were getting sick. By the next morning there was no question: She was sick.

She could tell she had a fever. The thermometer proved her right: 101. And every muscle and joint ached, as if she’d been body-slammed to the ground. She was so tired that even getting out of bed seemed a challenge. Her throat was sore and her stomach queasy.

She decided to keep the kids home from school. There’d been a lot of flu going around in her Washington, D.C., suburb, and if she had the flu, she didn’t want her kids to spread it any further.

Her husband was working from home and could look after the kids. She called her doctor’s office. They could see her that afternoon. She headed back to bed.

In the meantime, she sent a text to her sister, who was a physician in Seattle: “I’m sick.” Her sister, hearing her now familiar-sounding symptoms, made an immediate diagnosis: Covid-19, the disease caused by the new coronavirus. She should make sure she got tested for the flu at the doctor’s office and, if possible, for Covid-19. The chest tightness and shortness of breath made her suspect the latter. If it wasn’t the flu, the woman and her children should self-quarantine until the result of the Covid-19 test came back.

And either way, the physician sister said, their parents needed to get out of the house. They moved that day into a nearby hotel.

That afternoon, the patient saw the nurse practitioner at her doctor’s office. She was wheezing and her lung exam was abnormal, the N.P. told her. A rapid flu test was negative. The slower but more reliable test would take a day to come back.

In the meantime, the nurse practitioner told her, she probably did have the flu. They couldn’t test for the coronavirus; at that time, only patients in the hospital who have a fever, a cough and a possible contact with someone known to be infected qualified for the test. He gave her a prescription for Tamiflu, an inhaler for the wheezing and an anti-nausea medication.

That was six days ago. The second flu test sent by the N.P. was also negative. She took the Tamiflu but suspected that her sister was right — she probably was infected with coronavirus. She moved into the guest bedroom and tried to avoid passing it on to her husband and children.

This is how most of the likely coronavirus infections have gone at this point. Tests are still fairly hard to come by in the United States, and that limitation makes the diagnosis unofficial and therefore uncounted. Patients have what appear to be the typical symptoms of Covid-19: a nonproductive cough, chest tightness, and in some cases some mild gastrointestinal symptoms — usually nausea, vomiting and diarrhea. In this case, the patient feels a little better now but is still waiting to see if she starts to get worse a week into the infection, as so many in China did.

However, not until testing becomes more readily available will the full spectrum of the disease and its symptoms and clinical presentations be recognized here. The very first cases reported in Wuhan, China, were patients sick enough to go to a hospital. Because of the Chinese government’s aggressive testing, we know that many more had milder symptoms, and sometimes no symptoms at all.

Covid-19 was identified as a new disease so rapidly thanks to a screening program China set in place after their last epidemic, nearly 20 years ago, of SARS, or severe acute respiratory syndrome, also caused by a new version of the coronavirus. The program requires hospitals to report patients who have a severe pneumonia that was not found to be caused by any of the known infectious agents.

The SARS outbreak arose in Guangdong province in southeastern China and rapidly became a global epidemic in 2002. The official count of that virus was that it infected 8,098 people in 17 countries and resulted in 774 deaths. That early warning system, set in place in the aftermath, allowed China to recognize this new coronavirus that causes Covid-19 after only a handful of patients had gone to the hospital in Wuhan, in December 2019.

With that early warning, physicians and scientists were able to move with remarkable swiftness to identify the agent and determine its genetic makeup. Tests were quickly developed in Germany and then in the United States.

However, who gets tested for a disease will have an important impact on our understanding of the disease and how it spreads. Here in the United States, testing was initially limited only to those with the most severe forms of the infection. Because of that limitation, the only positive test results, the only confirmed cases, were those who were the sickest. But that choice also meant that milder forms of the infection often went unrecognized, and it’s among those mild cases that the risk of spread is highest.

An example of this came to my attention through Facebook. In late February, a group of mainly 40-somethings living in Seattle got together for a party. As one told me, “It was a more innocent time.”

It was a themed party, designed to brighten Washington State’s dreary winter nights. One guest, a 52-year-old engineer, brought a glowing report home to his wife, Christy, a 46-year-old writer, who had to miss it to get some work done. As the engineer described it, it was clear that a good time was had by all.

The next morning was a different story. The partygoer woke up with a fever of 102, body aches and a massive headache. He figured he’d caught the flu.

But his doctor tested him for the flu that day, and it was negative; he didn’t have the flu. His wife, concerned that she might catch whatever he had, loaded him up with hand sanitizer and soup and banished him to the basement mother-in-law apartment.

The next day Christy had lunch with six friends. She felt fine — and pleased that she had dodged her husband’s bug. But the day after that, she woke up with a fever and a headache. Her bones and muscles ached. She had a runny nose, and her sinuses were killing her. She had whatever her husband had, she complained to her friends on Facebook.

It turns out that she wasn’t alone. There were several people from that party who were now complaining of a fever and body aches. And four of the six women Christy had lunched with came down with the same symptoms just a couple of days later. It didn’t stop there. One of those four passed it on to her mother.

By the end of the week, eight of the 30-odd partygoers had fallen ill. All had a fever, but none had a cough or shortness of breath or any chest pain or tightness — other typical symptoms of coronavirus. All eight were able to get tested for influenza A and B through the Seattle Flu Study, a research project sponsored by Bill Gates and the University of Washington. That study was also testing for coronavirus.

Results came back. None of the eight had the flu. All tested positive for coronavirus.

The symptoms of Covid-19, the disease caused by the new coronavirus, clearly cover a broad spectrum of illness, ranging from life-threatening pneumonia to what seems like a really bad cold. And judging from the Seattle Facebook cohort, spread is easy and fast and can occur before any symptoms are present. Until we have access to widespread testing, we can’t know who has the illness or — vitally important — who could spread it.

As a physician, a close look at these cases taught me new things. While I knew that there were milder cases of Covid-19, I didn’t know what the mild form would look like. None of the Facebook cohort had a cough or chest pain. None felt short of breath. I thought these lower respiratory symptoms were the sine qua non of the infection. They’re not. They are the characteristics of the serious edge of the illness.

These folks had none of that. They had body aches; most had a fever; many had nausea; some, vomiting. Widespread testing showed us the milder version of the disease, and that’s been useful.

But deploying the test more broadly has problems, too. Testing the worried well can provide false reassurance. Now we all worry that we or someone we encounter could be infected. That’s what is driving social distancing. But we don’t know how well the test will work early in the illness, when the viral load is lower. That means that some of those who would be told that they don’t have the virus actually will. And the precautions they may have taken in uncertainty could be abandoned in this scenario of false reassurance.

So, until there’s a vaccine, we will all just have to keep our distance. And try to figure out how to live in this strange new world.

Dr. Lisa Sanders is an internist on the faculty of Yale School of Medicine. Her newest book is “Diagnosis: Solving the Most Baffling Medical Mysteries,” a collection of her Diagnosis columns from The New York Times Magazine.