You Are Here Home Health News Paul Marks, Who Brought Sloan Kettering to Greatness, Dies at 93 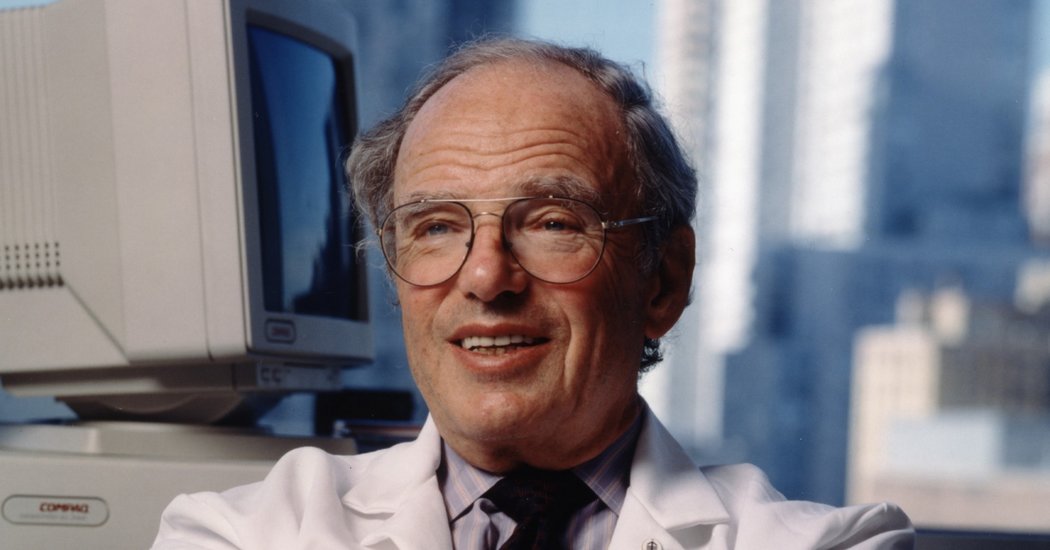 His son Andrew said the cause was a combination of pulmonary fibrosis and a more recent emergence of lung cancer that was untreatable because of the fibrosis.

The institution that cared for Dr. Marks at the end was very different from the one he joined in 1980 as president and chief executive, after being recruited from Columbia University’s College of Physicians and Surgeons by the philanthropist Laurance Rockefeller. It was still reeling from a scientific scandal in the 1970s involving crudely falsified data. It was also behind the times, more focused on surgical interventions than on the developing frontiers of biological science.

“Frankly, it was an institution that really needed surgery from top to bottom, and Marks was the right guy,” James Rothman, chairman of the Yale School of Medicine’s department of cell biology, said in an interview.

Unusually, Dr. Marks combined the attributes of an accomplished scientist, a talented doctor, an effective administrator and a charismatic leader. Coming to the job when the field of molecular biology, which looks at the interactions of cells and biological processes at the molecular level, was exploding, he wanted to apply the benefits of that emerging field to cancer.

The timing was ideal, said Richard Axel, a neuroscientist and molecular biologist in the department of neuroscience at Columbia University Medical Center. Dr. Marks, he said, energized the institution to pursue the alterations in DNA that cause tumors, at the moment it was becoming possible “to truly study DNA, to pet it, to clone it, to determine its sequence.”

What followed was a purge of much of the institution’s old guard, with attendant turmoil and alienation for many of those involved; Dr. Marks instituted a tenure system with a tough review process, and dozens of scientists left between 1982 and 1986. A 1987 article about Dr. Marks in The New York Times Magazine noted that “there are researchers who call Marks ‘Caligula,’ ‘Attila the Hun’ or simply ‘the monster.’”

That article described a scene in his laboratory during his Columbia days when Dr. Marks “grabbed a man by the throat and dragged him across a table.” His wife, Joan Marks, then head of graduate programs at Sarah Lawrence, said in the article, “He can be brutal,” adding, “He really doesn’t understand why people don’t work 97 hours a day, and why they don’t care as much as he cares.”

For all of the sharpness of his elbows, Dr. Rothman of Yale said, there was also charm. Dr. Marks, he said, “projected at once a kind of a deep warmth and, at the same time, a formidable aspect.”

Dr. Marks also had a gift for spotting and recruiting talent. “He had an uncanny ability to attract these great scientists from all over the nation,” said Joan Massagué, the director of the Sloan Kettering Institute, the institution’s experimental research arm. But the institution was still in the process of becoming great when he arrived in 1989, and, Dr. Massagué recalled, “it was a gamble” to join. For those who had faith in the vision that guided Dr. Marks, he said, “You really wanted to join it.”

Once hired, Dr. Massagué said, researchers were free to explore, having been told, essentially, “You will not be told to work on cancer — we know that what you work on will be relevant to cancer ultimately,” but “we will expect to see spectacular research.”

Memorial Sloan Kettering’s research and hospital arms had historically been separate; Dr. Marks merged them. Within the hospital, he encouraged the creation of integrated medical teams that coordinated patient care; created a research and treatment center devoted to breast cancer; and established the first center devoted to pain management for cancer patients.

He also continued his own research while running the institution, finding genetic connections to the blood diseases known as thalassemias and developing a targeted therapy for some cancers.

Joseph Goldstein, chairman of the department of molecular genetics at UT Southwestern Medical Center in Dallas, explained Dr. Marks’s success by referring to “La Clairvoyance,” a self-portrait by René Magritte in which the artist is looking at an egg but painting a bird in flight.

Paul Alan Marks was born Aug. 16, 1926, in Mahanoy City, Pa., in coal country, to Robert and Sarah (Bohorad) Marks. His mother’s parents had a clothing store in the area, and his father soon opened one, as well.

When Paul was 4½ years old, his mother, who was pregnant, died in a fall down the stairs at her parents’ store. His father disappeared from his life for the next five years. In his memoir, Dr. Marks recalled that he bounced “between beds and couches, with aunts, uncles and my grandparents” until his father showed up again, with a new wife and son, and took Paul back.

He attended Samuel J. Tilden High School in Brooklyn, where a teacher who had lost his son in World War II took an interest in the promising young man and persuaded him to apply to Columbia University. He received a full scholarship and graduated from Columbia in 1945 and from the College of Physicians and Surgeons there in 1949.

Over his long career, Dr. Marks published more than 350 articles in scientific journals. In 1991, President George H.W. Bush awarded him the National Medal of Science.

He retired from Memorial Sloan Kettering in 1999.

Dr. Marks married Joan Rosen in 1953. In addition to her and his son Andrew, he is survived by another son, Matthew; a daughter, Elizabeth; six grandchildren; two great-grandchildren; and a stepbrother, Laurence.

Andrew Marks is chairman of the physiology and cellular biophysics department at the College of Physicians and Surgeons. Matthew Marks is an art dealer. Elizabeth Marks worked with Matthew until her retirement. When asked what he might have done had he not pursued science or medicine, Dr. Marks once replied, “I would be a curator in a good museum.”