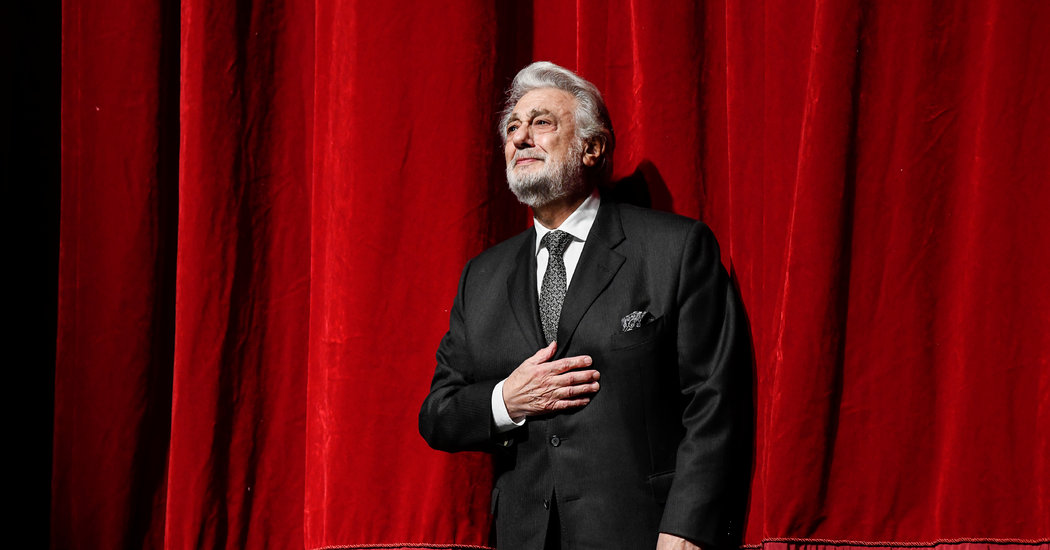 The opera star Plácido Domingo disclosed on Sunday that he tested positive for the coronavirus.

“I feel it is my moral duty to announce to you that I have tested positive for Covid-19, the Coronavirus,” he wrote.

He said that he and his family were in self-isolation “for as long as it is deemed medically necessary.”

He wrote that he decided to get tested because he had been experiencing symptoms of a fever and cough.

He also offered advice to the public as the coronavirus pandemic intensifies.

“I beg everyone to be extremely careful, follow the basic guidelines by washing your hands frequently, keeping at least a 6 feet distance from others, doing everything you can to stop the virus from spreading and please above all stay home if you can!” he wrote.

“Together we can fight this virus and stop the current worldwide crisis, so we can hopefully return to our normal daily lives very soon,” he wrote. “Please follow your local government’s guidelines and regulations for staying safe and protecting not just yourselves but our entire community.”

He is among a growing list of celebrities, actors and sports stars to announce they tested positive for the virus. Others who have disclosed their status include the actors Tom Hanks and his wife, Rita Wilson, and the N.B.A. stars Kevin Durant and Rudy Gobert.

This month, The Royal Opera House in London announced that Mr. Domingo had withdrawn from his upcoming performances there this summer.

The announcement came after Mr. Domingo apologized to women who had accused him of sexual harassment.

“I respect that these women finally felt comfortable enough to speak out, and I want them to know that I am truly sorry,” he said.

“My apology was sincere and wholehearted,” he said at the time. “But I know what I haven’t done, and I will deny it again.”

Los Angeles Opera, a company Mr. Domingo helped found and later led, this month released the findings of an investigation.

It said that it had received 10 accusations that Mr. Domingo had engaged in “inappropriate conduct” with women between 1986 and 2019, and that it “deemed the allegations to be credible.”