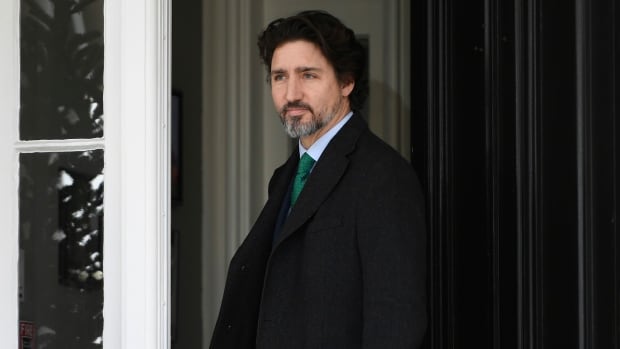 Prime Minister Justin Trudeau today downplayed the need for a federal budget in the short term, saying the fast-moving effects of the COVID-19 pandemic would render those projections moot.

But members of the Conservative opposition are demanding that Finance Minister Bill Morneau heed calls from the parliamentary budget officer (PBO) and table some sort of update to give Canadians a better sense of the country’s fiscal health as government spending reaches levels not seen in decades.

Morneau was set to deliver a federal budget at the end of March. The pandemic disrupted those plans.

Since then, Ottawa has rolled out hundreds of billions of dollars in supports for workers and employers — programs that have pushed the 2020-21 deficit to an estimated $251 billion.

The PBO said Tuesday that deficit estimate, first reported on April 30, is already outdated and likely will need to be revised upwards.

He said a federal debt topping $1 trillion by year’s end is “not unthinkable”. At the start of the year, the federal debt was roughly $700 billion.

But Trudeau said today he has no immediate plans to table a budget because the government simply doesn’t know how the economy will fare in the months ahead, as social distancing measures continue to cripple economic activity.

He also seemed to rule out tabling some sort of document that could be updated as the fiscal situation stabilizes.

Trudeau said the government is focused on “immediate” needs over long-term budgeting.

“The situation is changing extremely rapidly.”

In the midst of the 2008-09 global recession, the previous Conservative government tabled a budget in January 2009 and a fiscal update followed in September as the Tories responded to a cratering economy.

When asked if there were any plans for a fiscal update this year, a spokesperson for Morneau said the department had no comment beyond what Trudeau said at his press conference.

Conservative members pressed Morneau in the Commons today, asking if the government had any projections of how much it would cost to finance the growing debt.

Morneau said he will give a full accounting of the costs of the government’s pandemic measures “when we have the ability.”

The PBO said the cost to service the debt will be manageable for now, because interest rates are at record lows — but a spike in those rates would be very “concerning.”

While cabinet ministers have been reluctant to say if or when the next fiscal update will be released, a senior public servant told the Senate’s national finance committee Tuesday that work is underway on such a plan.

“We’re in the process of beginning that fiscal update, which, of course, involves consultation with the private sector, and we expect to be able to provide a fiscal update in the coming weeks,” said Alison McDermott, an official in the economic and fiscal policy branch of the Department of Finance.

“I don’t think the government has made any announcements about the timing of that at this point.”

As spending continues unabated, former prime minister Stephen Harper voiced concerns Tuesday with the debtload much of the Western world has taken on in recent weeks in response to this crisis.

Harper, an economist by training, said balance sheets have become an “unholy mess” and some states are likely to face sovereign debt crises in the months ahead.

“If they fail to practice mild austerity proactively, a brutal kind will be thrust on them,” Harper said in an op-ed published in the U.S.-based Wall Street Journal.

Harper said “leftists” are trying to capitalize on this crisis to permanently expand the size of government by pushing ideas like a “guaranteed minimum income.”

“A new era of big government in the economy is unlikely, undesirable and far from inevitable,” Harper said.

“When focus shifts from the pandemic to the economy, it will need to shift from a lot more government action to a lot less.”