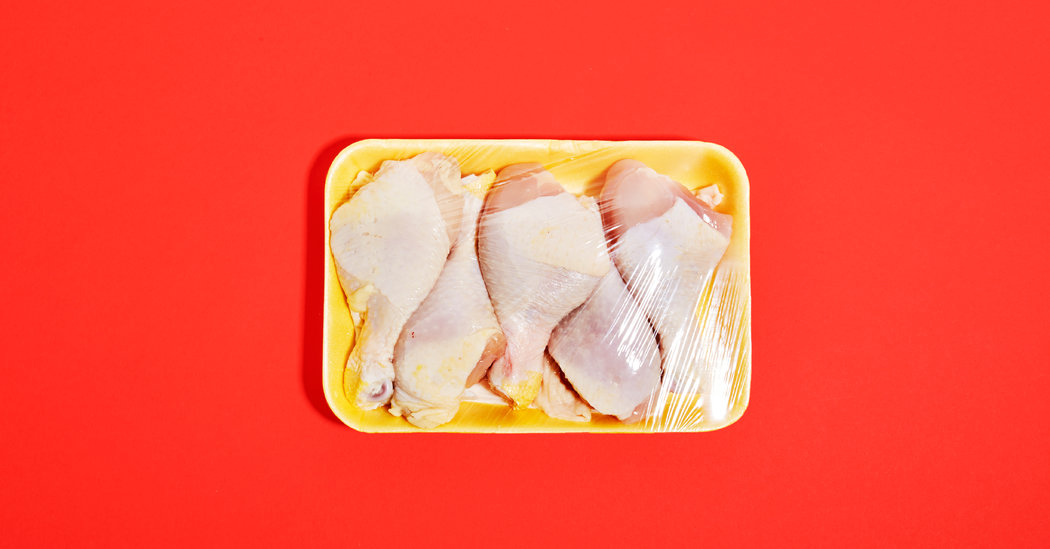 Hundreds of employees have been getting sick or not showing up for work for fear of contracting the virus. Labor unions, which had been largely quiet in their dealings with many of the large meat companies before the pandemic, started to hold regular news conferences to highlight the growing number of deaths among their workers.

And in some states, health departments were shutting down meatpacking plants, even as the companies warned that the nation’s meat supply was in peril.

An industry used to getting what it wants was uncharacteristically on its heels. On Tuesday, President Trump finally gave the meat companies what they were looking for — a broad declaration that the slaughtering and processing of beef, chicken and pork is a “critical infrastructure” and that federal agencies would now set the criteria for ensuring workers’ safety amid the pandemic.

“This order tells them they need to stay open and they get cover,” said Howard Roth, the president of the National Pork Producers Council, who joined a call with meat executives, Mr. Trump, and Vice President Mike Pence on Wednesday morning. “This is the light at the end of the tunnel that the producers were desperately needing.”

The executive order, which allows the Department of Agriculture to invoke the Defense Production Act, does not explicitly mandate that plants stay open, but it signals that the decisions around whether to close or reopen a plant should be driven by the federal government, not local authorities.

The action followed weeks of lobbying behind the scenes and in public by meat companies led by Tyson Foods, a beef, pork and chicken processor that generates $40 billion in annual revenue.

The leverage that these giant companies have exerted on both Republican and Democratic administrations stems largely from their role in supplying the nation with food. After decades of consolidation, only a small group of slaughterhouses concentrated in the Midwest account for the bulk of the country’s meat supply.

“The industry has a lot of sway, and recent weeks have just shown what power they have,” said Tony Corbo, a senior lobbyist for Food & Water Watch, a watchdog group.

Even so, the meat industry was helped over the weekend when another powerful constituency weighed in. Farmers, who expect they will need to euthanize as many as 150,000 hogs per day because slaughterhouses remain closed, also pushed for federal intervention.

The executive order could also shield companies from lawsuits by employees who fall ill while cutting meat. It is a key provision for an industry in which several plants have reopened after shutdowns caused by coronavirus outbreaks, with serious questions remaining about whether social distancing and the regular use of face masks can stem a new contagion.

Even before Mr. Trump’s action, meat companies had pushed back against local health orders.

When the giant beef plant run by the major meatpacking company JBS USA in Greeley, Colo., was shut down this month, local health officials originally wanted the workers tested before it could reopen. But the plant opened back up on Friday without widespread testing, state and union officials said.

On the same day, JBS threatened legal action against the local union representing the employees, chiding labor leaders for going public with concerns about safety at the plant. Five workers there have died of the virus, according to the union.

“They somehow think we don’t have a constitutional right to advocate for our workers,” said Kim Cordova, president of Local 7 of the United Food and Commercial Workers.

A spokesperson for Weld County, where the plant is situated, did not comment on why the plant had been allowed to reopen without testing. The county said health officials had been in the plant in the days after it reopened “to perform on-the-spot testing of any employee who showed possible” symptoms.

JBS said the tests were not an effective way to stop the contagion and could be misleading.

“Testing does not stop the virus and only provides a one-time snapshot of infection,” Cameron Bruett, a JBS spokesman, said in an email. “In reality, a negative test today can be a positive test tomorrow given ongoing community spread in Weld County.”

Neither Mr. Trump’s executive order nor recently released guidelines from the Centers for Disease Control and Prevention and the Occupational Safety and Health Administration specify whether all meat workers should be tested before a plant can reopen.

From the start of the crisis in the meat industry, the Trump administration has been working to keep critical plants operating.

At one point, the mayor said, Mr. Sullivan had to drop the call to speak with the secretary of agriculture, Sonny Perdue, who was urging him not to shut down the plant.

“It’s tense,” Mr. TenHaken said in a news conference at the time. “They’re being told by the feds to stay open.”

The plant eventually shut down after Mr. TenHaken and Gov. Krisiti Noem recommended its closure. The plant, which produces 5 percent of the pork in the country, is still closed after more than two weeks, and Smithfield has not indicated when it might reopen.

One measure that many health experts and plant workers say would help prevent the virus from spreading again is to slow down the production line. The slower that meat moves through a slaughterhouse, the fewer people are needed to cut and debone it, which would allow for more space between employees.

But the companies have spent years lobbying to increase line speeds and have not signaled that they will slow lines now.

“They prioritize line speed production and traffic over worker health and public health,” said Debbie Berkowitz, a former high-ranking official at the Occupational Safety and Health Administration. “It’s shocking to me that the government gave this industry a pass over worker safety.”

Lines in many of the plants that have reopened or haven’t closed are moving slower because fewer employees are showing up, the United Food and Commercial Workers said. But the union does not expect that the companies will agree to reduce their speeds permanently because it would hurt profits.

Two major meat plants that closed in Pennsylvania have reopened with measures that include arrows directing workers to space themselves and plexiglass barriers at some work stations. The United Food and Commercial Workers said that they weren’t enough, and that there needed to be widespread testing of employees and more protective gear, including face shields.

On Wednesday, the union called on governors in states with meat and poultry plants to step in and enforce health guidelines in light of Mr. Trump’s executive order.

While the order does not mandate that plants stay open, it could allow the Department of Agriculture to force meat companies to fulfill orders from retailers, effectively keeping them open in some capacity.

In an interview, the union’s president, Marc Perrone, said: “You can’t force workers to come to work. If they don’t feel safe coming to work, they aren’t going to show up. That’s why we have had some of these rolling closures.”

In a news conference on Wednesday in Worthington, Minn., the site of a shuttered JBS pork plant, Tim Walz, the state’s governor, said getting the plants up and running hinged on protecting workers through testing and contact tracing, among other methods.

“We need to be processing food for this country,” Mr. Walz said. “The only way we do that is to ensure worker safety.”

He added, “No executive order is going to get those hogs processed if the people who know how to do it are sick.”