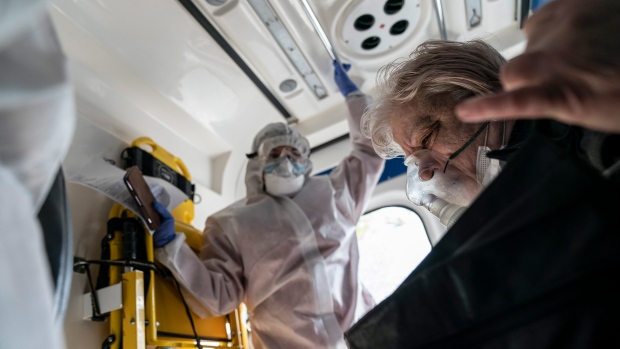 By now, you’ve likely heard the main pieces of advice to avoid the coronavirus.

Wear a mask. Wash your hands with soap. Stay at least 6 feet from others. If you do gather with others, go outside rather than inside.

Still, there’s one more aspect to infection that has received less attention. Growing evidence suggests that Covid-19 infection, like with other illnesses, is related to prolonged time exposed to the virus. The longer you stay in an environment that may contain the virus, the higher the risk of getting sick.

Dr. Erin Bromage, a comparative immunologist and professor of biology at the University of Massachusetts Dartmouth, summed it up with a short and sweet equation: “Successful Infection = Exposure to Virus x Time.”

Bromage’s simplified formula was part of a recent blog post explaining ways to lower your risk of catching Covid-19 that has been read over 15 million times in the past two weeks, he told CNN.

The main idea is that people get infected when they are exposed to a certain amount of viral particles. That viral threshold can be reached by an infected person’s sneeze or cough, which releases a large number of viral particles into the air. But an infected person talking or even just breathing still releases some virus into the air, and over a long period of time in an enclosed space, that could still infect others.

The importance of time exposed to a virus is relevant for all infectious diseases, from measles to tuberculosis to Covid-19, said Dr. Kent Sepkowitz, an infectious disease specialist at Memorial Sloan Kettering Cancer Center in New York.

Indeed, it’s the underlying theory behind contact tracing, which tries to locate and contact anyone who has spent prolonged time near an infected person.

Bromage said his simple formula suggests that a short shopping trip comes with a comparatively low risk of infection — but employees in those same stores for eight-hour shifts have a higher risk.

“Even if there is virus in that environment, you hopefully haven’t had that extended time needed to get to that infectious dose. The employees, though, are in that environment all day,” he said. “So what wouldn’t infect you and I because it didn’t get to that infectious dose number, has a much stronger effect or larger effect on an employee that gets that low dose all day.”

Several case studies of Covid-19 outbreaks over the past few months show the dangers of spending a long time in an enclosed space with an infected person, including at a choir practice in Washington state, a restaurant in China and a fitness studio in South Korea.

In Washington state, a single infected person attended a two-and-a-half hour choir practice on March 10, according to a report published by the Centers for Disease Control and Prevention. Of the 61 attendees, 53 people, or 87% of the group, developed Covid-19 afterward, the report said.

No one reported physical contact between the attendees at the practices, but they sat close together. The report said the chairs were 6-10 inches apart, but there were empty seats between some of the members. The choir broke into two groups for part of the practice, and members moved closer together for that 45-minute session, they said.

Another example of the dangers of prolonged exposure came at a restaurant in Guangzhou, China, on January 24. Over lunch that lasted about an hour, an infected person spread the virus to four people at their table, two people at a nearby table and three people at another nearby table.

The study concluded that the transmission of the virus was prompted by air-conditioned ventilation at the restaurant and recommended restaurants increase the distance between tables as well as improve their ventilation.

Finally, researchers in South Korea linked more than 100 coronavirus infections to a four-hour fitness instructor workshop from mid-February, according to research published in Emerging Infectious Diseases, a journal from the CDC.

Almost 30 instructors participated in the original workshop, which was held in Cheonan, South Korea. They trained intensely for four hours, and while none had symptoms at the time, eight instructors eventually tested positive for the virus.

Less than a month later, researchers had identified 112 coronavirus cases linked to dance classes in a dozen different facilities. Half of the cases were the result of direct transmission from instructors to students, and some people went on to infect others outside of class.

The classes linked to transmission had between five to 22 students and took place in small spaces for almost an hour. Out of 217 students exposed to infected instructors, 57 of them, or about one in four, ended up testing positive.

HOW LONG IS TOO LONG?

Because experimenting with viruses on humans is unethical, data is limited on exactly how much exposure and time are needed for an infection. The number also varies by person, as older or immuno-compromised people have lower thresholds to infection.

“Data are insufficient to precisely define the duration of time that constitutes a prolonged exposure,” the Centers for Disease Control and Prevention says on its website. “Recommendations vary on the length of time of exposure but 15 min of close exposure can be used as an operational definition.”

Sepkowitz similarly said that shorter exposure times are safer, but there is no hard and fast rule for how long is too long.

“Everyone has a little bit of risk per minute, and it’s a cumulative thing,” he said.

The other part of Bromage’s equation — the issue of “exposure to virus” — also varies depending on the actions within that enclosed space. For example, he said that louder places are riskier because infected people emit more virus when they talk loudly or when they sing, such as in the chorus case study in Washington.

Quieter places with fewer airborne particles may also be lower risk. In the South Korea fitness case study, one of the infected instructors taught Pilates and yoga, and none of her students contracted the virus.

“We hypothesize that the lower intensity of Pilates and yoga did not cause the same transmission effects as those of the more intense fitness dance classes,” the researchers said.