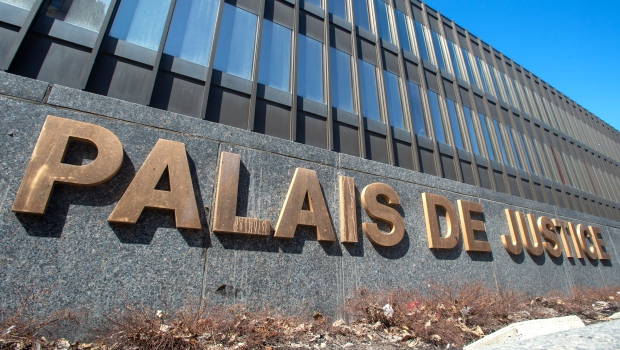 TORONTO — A proposed class-action lawsuit brought against Lasik MD by a Canadian in 2019 has been rejected by a Quebec court, which ruled that the proposed class action was prescribed and was not appropriate for the circumstances of the case.

Christopher Ouellet, the plaintiff in question, launched the legal action years after he experienced a rare outcome following Lasik eye surgery in 2015: unrelenting, burning pain in his eyes.

He was diagnosed in 2016 with corneal neuralgia, a rare condition in which damaged nerves in the cornea cause severe pain. It is frequently misdiagnosed or dismissed as merely dry eye, and can have devastating life consequences.

Although negative outcomes from Lasik eye surgery are extremely rare, occurring in less than one per cent of patients according to Lasik MD, they have been reported before.

Lasik MD added the risk of corneal neuralgia to some consent forms after a CTV News/W5 investigation in 2018 that looked into patients who had experienced chronic pain after eye surgeries.

In legal filings, Ouellet alleged that Lasik MD did not properly inform him of the risks of the surgery beforehand, and that his surgeon did not discuss the consent form with him. He was seeking damages for those who suffered chronic pain as a result of Lasik surgery done between 2009 and 2018.

A class-action lawsuit is a particular type of lawsuit where a group of people, who are represented by one member or some members of that group, sue another party with the understanding that the class of people have been impacted in a similar way.

The Superior Court of Quebec wrote in their decision last November that their dismissal came down to two major reasons: the lawsuit was not filed within the three year time period that applies and the court believed the situation was not appropriate for a class-action lawsuit.

Their first point was that Ouellet had experienced post-surgery pain since 2015 and the three year period should start then. The class action lawyer argued that since Ouellet’s diagnosis came in 2016, that should serve as the start date for the three year time limit on filing, but the court disagreed.

“The take away, from Mr. Ouellet’s own application, is that the underlying issue is post-surgical chronic pain. Corneal neuralgia is but one name for it,” the judgment reads.

In terms of the case being appropriate for a class-action lawsuit, the decision found there was no common question and stated that one of the reasons it would be difficult to apply this case more broadly was because it hinges on whether Ouellet was not properly informed of the risks.

To apply that in a class-action lawsuit, the court said would require it to look into the discussions between every patient and their Lasik surgeons across the country, and “up to 66 ophthalmologists performed laser surgery on behalf of Lasik” in the specified time period.

When it comes to written consent forms and information alone, the decision stated that the defence had said there were up to 22 different consent forms given to patients depending on their medical histories.

“Therefore, it is clear that the adequacy of the information will be different for every patient, regardless of the facts in the written materials or information,” the decision stated.

They also said that the consent form Ouellet was given did raise the possibility of chronic pain.

The court added that if Ouellet’s specific surgeon had failed to verbally disclose the risk of post-surgery chronic pain to Ouellet, as he alleges, “a negative answer to the question does not advance the debate in a way that renders a class action an appropriate recourse.”

Although others joined Ouellet’s legal proceeding after it was announced, with many coming forward to share their experiences with debilitating eye pain after Ouellet and other Canadians spoke up, the court stated in its decision that since “the consent forms contain a similar clause giving exclusive competence to the courts of the province where the surgery has been performed,” the actual number of people covered in the lawsuit in Quebec is a smaller cohort than initially believed.

While around 1,197 people responded to a website created by Ouellet and his lawyer, out of those, only around 10 people suffering from corneal neuralgia are permanent residents of Quebec and it’s unknown whether they were informed of the risks of the surgery beforehand.

“The issue of the number of potential class members whose claim is within applicable time limits is also an element that might affect whether there is a viable group. Save for exceptional situations, a group cannot be open-ended,” the court stated.

The decision stated that Ouellet’s case may have grounds for a personal lawsuit, had he not commenced his lawsuit too late.

In a statement to CTV News regarding the court’s decision, Lasik MD reiterated that complications from Lasik are rare, and that “in the vast majority of cases, these post-surgical complications are treatable.”

“Our stringent approach and established processes ensure that each patient is fully educated on the potential risks, benefits and possible side effects prior to any procedure, including the very rare risk of chronic pain, a condition not exclusive to eye surgery. While the risks associated with LASIK are extremely low, it is nonetheless very unfortunate when a rare complication occurs,” Dr. Mark Cohen, co-founder and national medical director of Lasik MD, said in the statement.