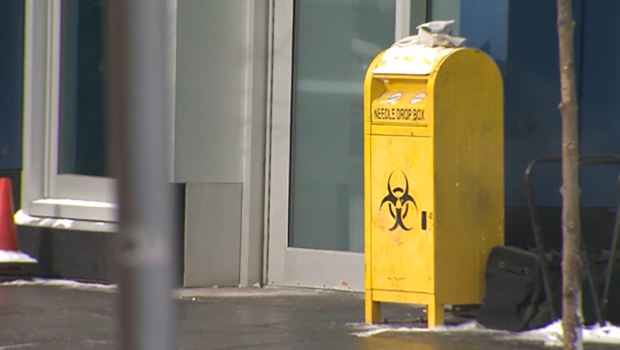 CALGARY — The government of Alberta confirms it will close down a contentious supervised drug consumption site in Calgary’s Beltline and plans are in place to open two new sites in “more appropriate locations.”

Elected officials with the UCP agreed at a cabinet meeting Wednesday to close the Safeworks site located inside the Sheldon M. Chumir Centre and replace it with two others in the city.

Justin Marshall, press secretary to Alberta’s Associate Minister of Mental Health and Addictions Jason Luan, confirmed that services will still be provided in a “city by city approach.”

“Supervised consumptions services will continue to operate in Alberta,” Marshall said in a statement.

“We will be relocating the existing supervised consumption site, which has been highly disruptive to the neighbourhood, and instead add SCS capabilities within two existing partner organizations’ facilities situated in more appropriate locations.”

Marshall did not identify the partner locations or a specific timeframe for when Safeworks will shut down.

The location in Calgary’s Beltline had 53,725 visits in 2020, which accounts for the second most in the entire province behind ARCHES in Lethbridge. The UCP closed ARCHES in July 2020 following financial misconduct allegations.

The upcoming closure comes as Alberta recorded its deadliest year on record with 1,144 opioid-related deaths in 2020. That number marks an 83 per cent increase from 2019.

Within the first two months of 2021, Alberta has tallied 228 deaths as a result of substance use,  70 of which were recorded in Calgary.

According to the latest provincial budget, $15.7 million will be allocated to run five supervised drug consumption sites and three overdose prevention sites.

Marshall notes that more funding increases are on the way, but did not provide details regarding what kind of harm reduction supports would be offered.

“Our government is committed to a high quality and easily accessible system of care for both mental health and addictions that includes a full continuum of supports, including services to reduce harm,” Marshall’s statement read.

This is a developing story and will be updated throughout the day.