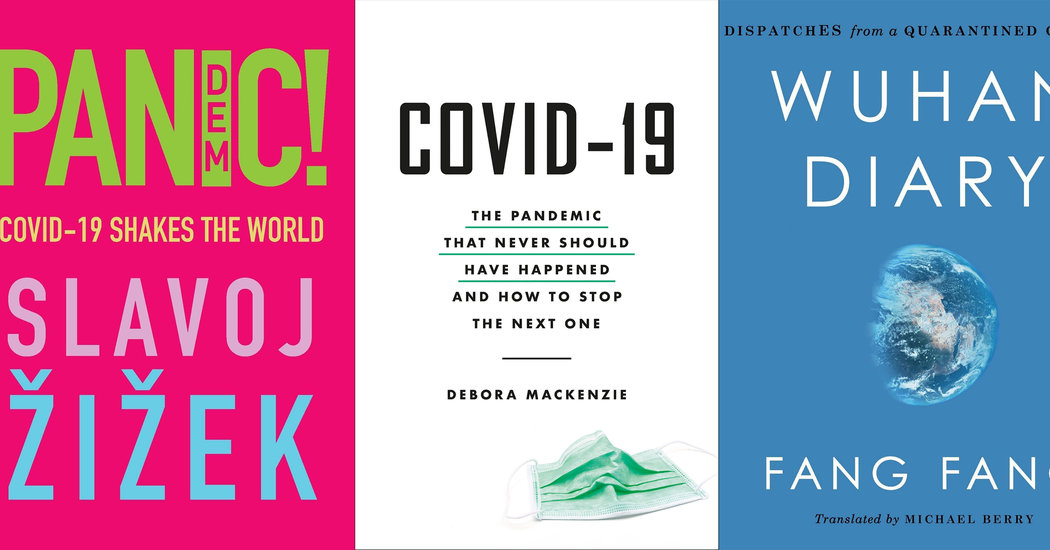 At the end of March, Alice Quinn, the former executive director of the Poetry Society of America, emailed 125 poets across the United States, asking if any of them had written verses reflecting on life during a pandemic. Responses flooded in. Forty days later, Ms. Quinn had compiled a book with 85 poems about isolation, grief, boredom, longing and hope, including work by Billy Collins, Jane Hirshfield, Kamilah Aisha Moon, Jenny Xie and Matthew Zapruder.

The collection, “Together in a Sudden Strangeness: America’s Poets Respond to the Pandemic,” will be published by Knopf as an e-book on June 9, with a hardcover edition to follow in November.

“We’re in a dramatic moment, and everybody is experiencing this drama together,” Ms. Quinn said. “Some of these poets have had the virus, some of the poets have relatives in the hospital and quite a lot of them have lost really dear friends.”

The poetry collection is part of a new crop of quickly assembled books about the pandemic. Three months into the biggest public health and economic crisis of our era, authors and publishers are racing to produce timely accounts of the coronavirus outbreak, with works that range from reported narratives about the science of pandemics and autobiographical accounts of being quarantined, to spiritual guides on coping with grief and loss, to a book about the ethical and philosophical quandaries raised by the pandemic, written by the Slovenian philosopher Slavoj Zizek.

Several forthcoming books look at the dire economic consequences of the pandemic, including “Going Dark,” by the Wall Street Journal reporter Liz Hoffman, which Crown acquired, and Adam Tooze’s “Shutdown,” which Viking plans to release in 2021. Other publishers have snapped up reported narratives, like The New York Times researcher Emma Goldberg’s account of New York medical school students who graduated early to help treat coronavirus patients in overwhelmed hospitals, and personal accounts like “Quarantine! How I Survived the Diamond Princess Coronavirus Crisis,” a forthcoming book by the novelist Gay Courter, who was among the passengers on a cruise ship that docked off the coast of Japan while coronavirus spread among passengers and the crew. In August, Bloomsbury is releasing Bill Hayes’s “How We Live Now,” a collection of vignettes and photographs that capture New York’s desolate streets.

Other upcoming books focus on the virus itself, among them “Patient Zero,” a collection of case studies and medical histories of how Covid-19 and some of the world’s other most infectious diseases spread, by the physician Lydia Kang and the journalist Nate Pedersen, which Workman will publish next year, and the science writer David Quammen’s forthcoming book exploring how Covid-19 took root in human hosts and spread so quickly.

Debora MacKenzie, a science journalist who specializes in infectious diseases, sold a book about the pandemic in mid-March and finished writing it in six weeks. Hachette, her publisher, is rushing it out as an e-book that will go on sale on June 1, with a hardcover edition due out on July 21.

Sam Raim, a senior editor at Hachette who acquired the book, said the thought of entering such a crowded and competitive niche initially made him nervous.

“I’m always a little dubious of quick books targeted at the news,” he said. “There’s a lot of proposals going around about Covid, but I felt like this book was one that could be quick and urgent and essential, and around for a long time.”

Publishing books about an unfolding calamity, when the duration and outcome remain uncertain, carries obvious risks for authors and publishers. With so many unanswered questions about the virus, how it spreads and when a vaccine might arrive, works that are reported and written over the next few months risk being out of date, or dangerously incorrect, by the time they are published. The severity of the economic and political fallout is also still a big unknown.

“It’s a hard subject for writers to write, and it’s hard for publishers to buy, because you don’t know what the narrative arc is yet,” said the literary agent Amanda Urban.

Additionally, there is the challenge of selling a book on a subject that’s likely to be exhaustively covered from every imaginable angle. It’s also unclear what appetite readers will have for deep dives into a pandemic that we are living through and reading about obsessively in the news.

Some publishers said the coming wave of coronavirus books reminds them of the barrage of books about the 2016 election and its aftermath, and the glut of Trump administration tell-alls. Books about the coronavirus involve a similar gamble — some might become the defining narratives of the era, while others will inevitably fail to find an audience. “The difficulty for publishers is, we know there will be a lot, and we know only a few of them will work,” said Jonathan Burnham, the publisher of the HarperCollins imprint Harper.

Several of the titles are being released on a crash schedule, both to capitalize on reader interest and to get ahead of the competition. On Friday, HarperVia released a digital edition of “Wuhan Diary,” by the novelist Fang Fang, that recounts her experience of 60 days under lockdown in China. This week, the independent press Verso Books is releasing an e-book titled “There Is No Outside: Covid-19 Dispatches,” a collaboration with the magazine N+1. The collection includes reports from New York City emergency rooms, essays about life under quarantine and explanations of how the pandemic has affected everything from global capital to digital surveillance.

Knopf decided to release its poetry anthology, “Together in a Sudden Strangeness,” on an accelerated schedule because the subject felt so urgent, said Deborah Garrison, the senior editor who acquired the book.

When the hardcover edition comes out in November, “I hope it will be a look back,” she said. “We don’t know how long this situation will last.”