You Are Here Home Health News Putting a Dollar Value on Life? Governments Already Do 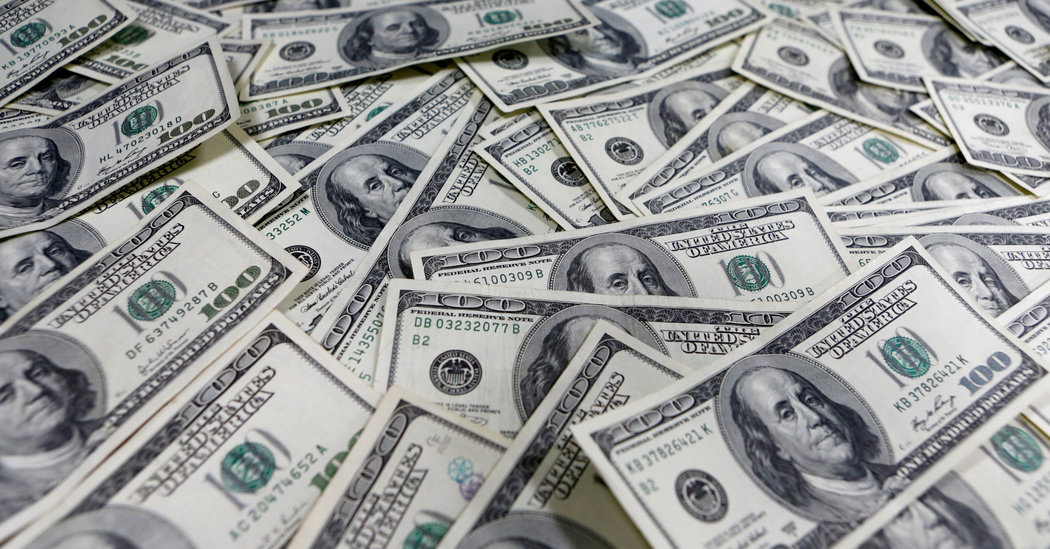 How much money is a life worth?

To many, the answer is so obvious that the question is offensive: Life is immeasurably valuable. No price is too high.

During the pandemic, some economists and health experts have said there’s not necessarily a need to weigh the balance between saving lives and saving the economy — that prioritizing fighting the coronavirus will benefit the economy.

In more ordinary times, trade-offs are common. They have arisen in policy deliberations for decades.

How the dollar value of life has changed over decades

There has always been a limit to how much we are willing to spend to protect life and health. After all, no society can spend a limitless amount.

In his book The Economists’ Hour, Binyamin Appelbaum of The New York Times documents how estimates of the economic value of life have influenced regulatory decisions since the 1970s. In 1972, a member of a Nixon administration task force on regulating the auto industry put a life’s worth at $885,000 in today’s dollars.

Two years later, using a similar figure, the Department of Transportation rejected a regulation to install bars at the rear of trucks to prevent passenger vehicles from sliding underneath them in a collision. The reasoning? It would not have been cost effective, meaning the cost would have exceeded the value of lives it would have saved. The bars became required in 1998 when the Department of Transportation’s value of a life reached $2.5 million.

The dollar value placed on life and how it is used has changed with the political environment.

In 1979, as he announced reforms in the regulatory process, President Jimmy Carter signaled support for cost-effectiveness calculations. “Society’s resources are vast, but they are not infinite,” he said. “We must ensure that regulation gives Americans their money’s worth.” A mere two years later, Al Gore, then a congressman, called cost effectiveness an “attempt to cripple” essential government functions. “What dollar figure can be assigned to the avoidance of birth deformities?” he said.

More recently, under President George W. Bush, the dollar value of life for regulatory decisions went down. Under President Barack Obama, it went up.

One of the earliest values of life used in regulation came from a 1978 calculation by the Canisius College economics professor Warren Prunella. He estimated the value of a life saved by proposed furniture fabric flammability standards at $1 million, which was later adopted by Congress for regulations made by the Consumer Product Safety Commission.

People rarely notice these uses of cost effectiveness by the government. The gears of regulation tend to turn in obscurity. But when cost effectiveness arises in health care, it’s hard not to notice, as when Sarah Palin said an early version of the Affordable Care Act legislation included “death panels.” (The charge was based on the claim that health care would be withheld from people whose lives would be judged “not worth it,” which was not true.)

How some other nations view it

When it’s our health, or that of loved ones, we bristle at the thought of being denied coverage for care because it’s too costly.

Outside the U.S., it is not so unusual to judge some treatments as worth it and others not. The World Health Organization has a formula for governments in making these decisions, starting with dividing the annual G.D.P. of a nation per person. The W.H.O. suggests paying for treatments that cost less than three times this figure for each year of good health they provide. (A treatment that costs less than one time the national annual G.D.P. per capita is considered highly cost effective.)

So for example, if a country’s per capita G.D.P. were $65,000 (roughly the figure for the U.S.), a treatment that cost less than $195,000 for one year of good health — a so-called quality-adjusted life year — would be considered cost effective according to the W.H.O. standard.

An analysis of Australia’s pharmaceutical benefits advisory committee found that it was likely to approve a drug if its cost per quality-adjusted life year was below 1.35 times the per capita G.D.P. in 1999. Poland legislated in 2012 a cost-effectiveness threshold of three times per capita G.D.P., and Thailand has a 0.8 per capita G.D.P. threshold.

Many studies have attempted to deduce how much Americans are willing to pay for a year of life in good health. The values vary considerably, some as low as $10,000. A study published in 2008 put the figure as high as $297,000; other assessments approach $1 million.

But $100,000 to $200,000 has become the standard range, endorsed by many health economists. In addition to reflecting insights of experts, “this range draws on experience working with decision makers to manage health care’s budget impact,” said Christopher McCabe, executive director and C.E.O. of the Institute of Health Economics in Alberta, Canada.

Whatever the value, no threshold is explicitly applied to health care coverage decisions in the United States. Allowing others to decide what care is worth paying for and what isn’t strikes many as distasteful or unfair.

We tend to value treatments that assist people who are close to death, spending more for them than on treatments for others that ultimately spare more lives. This too reflects values not easily translated into math.

“All ways of deciding how to use collective resources are discriminatory to someone,” Mr. McCabe said. “The best we can hope for is to make those decisions in a transparent process. A fundamental problem in the U.S. is that there is no agreement on that process.”

Many countries and organizations that use cost effectiveness in health care recognize and take on this challenge. For example, Britain’s National Institute for Health and Care Excellence is more likely to recommend coverage of a treatment if it costs less than £20,000 to £30,000 (equivalent to $25,000 to $37,000) per additional life year it provides (adjusted for quality of life). But this is not a hard and fast rule. The body also considers other factors, including the condition and population it treats, the level of evidence of effectiveness and the availability of alternative treatments, among others.

Likewise, the Institute for Clinical and Economic Review — a private, nonprofit group in the United States that assesses the effectiveness and value of health care treatments — considers cost effectiveness alongside a range of contextual factors that such an analysis is likely to miss. To further ensure that all values are considered, both groups hold open meetings and invite comments on draft documents.

Reflecting the fact that there is no “right” price for a life, there is no single, correct way to combine all these factors and perspectives. But deliberating openly and allowing public comment help reconcile our personal sense that we want limitless health care for ourselves and the collective constraint that there are limits to what society can afford.