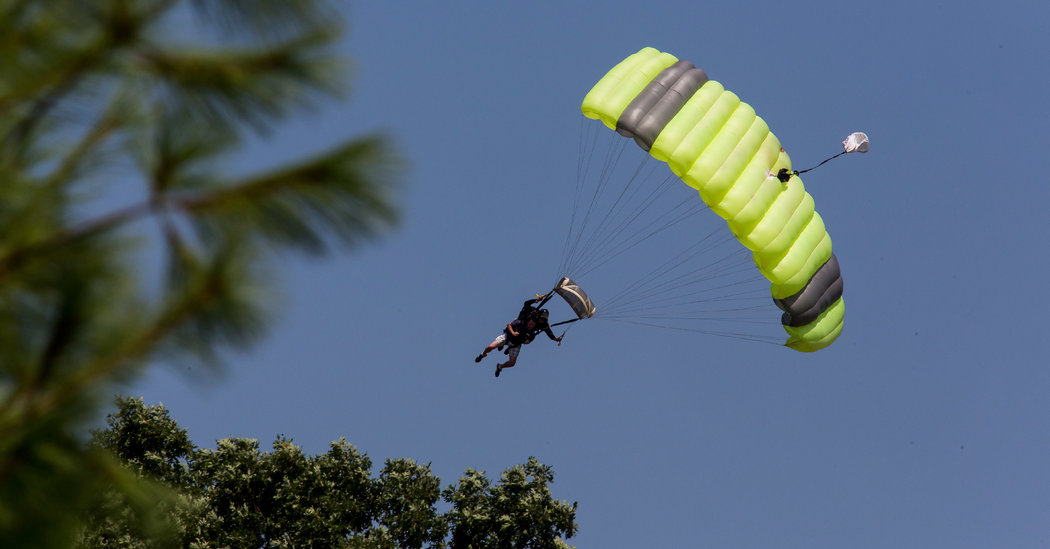 How dangerous is it to live in New York City during this pandemic? How much safer is it in other places? Is the risk of dying from Covid-19 comparable to driving to work every day, skydiving or being a soldier in a war?

We are awash in statistics about Covid-19: number of deaths, fatality rates, contagion rates, But what does this all mean in terms of personal risk?

In 2011, another invisible danger, radiation, sowed fear and confusion in Japan, where I served as the U.S. Ambassador’s science adviser after the nuclear meltdown at Fukushima Daiichi. Then, as now, the news was full of scary numbers. And then, as now, there wasn’t nearly enough context for people to make sense of them, much less act upon them.

Fortunately, there are tools for assessing risk that can help us put the daily torrent of numbers in perspective. I found the best way to communicate the level of risk was to put it in terms that allowed easier comparison to other, more familiar, risks. One could then talk, for instance, about how dangerous living in a contaminated city was compared to smoking a pack of cigarettes a day.

A useful way to understand risks is by comparing them with what is called a “micromort,” which measures a one-in-a-million chance of dying. Note that we are considering only fatality risks here, not the risk of growing sick from coronavirus, or morbidity. The micromort allows one to easily compare the risk of dying from skydiving, for example (7 micromorts per jump), or going under general anesthesia in the United States (5 micromorts), to that of giving birth in the United States (210 micromorts).

The average American endures about one micromort of risk per day, or one in a million chance of dying, from nonnatural causes, such as being electrocuted, dying in a car wreck or being struck by an asteroid (the list is long).

Let’s apply this concept to Covid-19.

Using data from the Centers for Disease Control and Prevention, New York City experienced approximately 24,000 excess deaths from March 15 to May 9, when the pandemic was peaking. That’s 24,000 more deaths than would have normally occurred during the same time period in previous years, without this pandemic. This statistic is considered a more accurate estimate of the overall mortality risk related to Covid-19 than using the reported number of deaths resulting from confirmed cases, since it captures indirect deaths associated with Covid-19 (because of an overwhelmed health care system, for example) as well as the deaths caused by the virus itself.

Converting this to micromort language, an individual living in New York City has experienced roughly 50 additional micromorts of risk per day because of Covid-19. That means you were roughly twice as likely to die as you would have been if you were serving in the U.S. armed forces in Afghanistan throughout 2010, a particularly deadly year.

The quality of data varies from state and state, and continues to be updated. But for comparison, using the C.D.C. data, Michigan had approximately 6,200 excess deaths during this same time period. That is roughly the same risk of dying as driving a motorcycle 44 miles every day (11 micromorts per day). Living in Maryland during this time would be roughly as risky as doing one skydiving jump a day for that duration (7 micromorts per jump).

Now, if you’re infected with the virus, your odds of dying jump dramatically. Estimates of the fatality rate vary as doctors continue to learn more about this virus and how to care for people sickened by it, but let’s assume it is 1 percent for sake of this discussion. That translates into 10,000 micromorts. That risk is comparable to your chances of dying on a climb in the Himalayas if you go above 26,000 feet, where the tallest peaks, such as Everest and K2, stand (using climbing data taken between 1990 and 2006).

But that risk estimate is for the entire population, with an average age of 38. If you happen to be older, the fatality rate can be as much as 10 times higher, which is just slightly less than flying four Royal Air Force bombing missions over Germany during World War II.

The acceptability of risk depends, of course, on one’s own attitudes and proclivity to take risks, and whether one has a choice in the matter. Unlike skydiving or hang-gliding, in which the risk is limited to the person making the leap, with Covid-19 the actions of the individual change the risk levels of everyone in the community.

So while there are many thrill seekers who happily jump out of planes, they might think twice about forcing their frail grandmothers, or their neighbors, to jump with them.

David Roberts (@DRobertsNYC), a former academic physicist, served as the U.S. Ambassador’s science adviser in Tokyo during the post-Fukushima recovery. Micromort examples came from “The Norm Chronicles” by Michael Blastland and David Spiegelhalter (2014).