You Are Here Home Health News Quarantine extreme: How a 17th century English village sacrificed itself to stop an outbreak 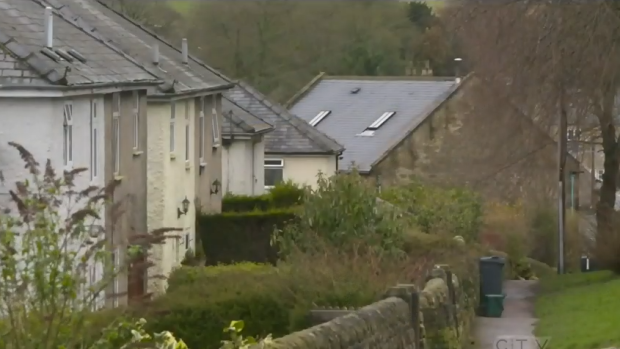 TORONTO — As governments around the world impose quarantines to prevent the spread of COVID-19, a 17th century English village struck by the bubonic plague is being remembered for its sacrifice preventing further spread of a deadly disease.

In 1665, a tailor’s assistant in Eyam named George Viccars unloaded a bale of flea-infested cloth from the English capital, where the Great Plague of London had already killed thousands.

Within a week, Viccars was dead and panic was beginning to grip the villagers.

According to Eyam Village Historian Francine Clifford, entire households in the village were wiped out by the plague.

One woman, Elizabeth Hancock, buried six of her children and her husband.

“Elizabeth Hancock wasn’t a young woman, she was about 45-46,” Clifford told CTV’s Manitoba Bureau Chief Jill Macyshon. “[And she] took each one out, dug a grave and buried each one within a week.”

As disease wracked the village, its inhabitants questioned whether to leave, but realized they would spread the plague to more cities if they did.

Instead, the town turned to its church and agreed to follow a radical plan proposed by their newly appointed rector: quarantine the entire village.

In June 1666, they laid a ring of stones around the village and warned others to stay away.

Eyam’s church was seen as a danger and shut its doors to prevent the spread of the disease. Services were moved outdoors, and parishioners were advised to keep their distance.

The quarantine lasted 14 months and 260 people died — a third of Eyam’s population.

However, Eyam Museum’s Owen Roberts said others in nearby towns survived because of Eyam’s quarantine.

“They actually did sacrifice themselves,” Roberts said. “It does beg the question; could we do the same in our own communities?”

With isolation and imposed travel bans becoming routine amid the coronavirus outbreak, medical historian Mark Honigsbaum says the story of Eyam can be seen as a heroic example of how to slow the rapid spread of COVID-19.

“We do have to think more about what we can do as a member of the community to slow or stop the spread of this disease,” said Honigsbaum.