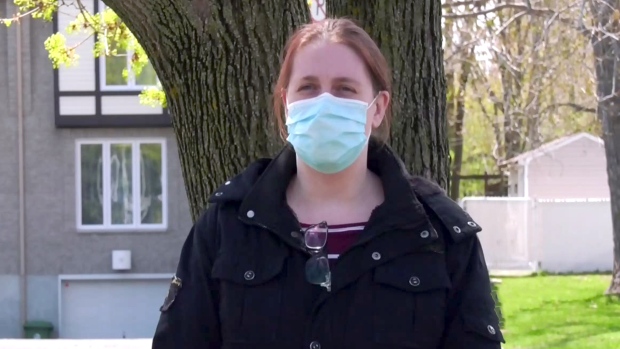 MONTREAL — An auxiliary nurse coming out of one of Quebec’s most infamous COVID-19 hot zones said she had to lie about her symptoms before she could get a test—and if she hadn’t done so, she would have likely started a new outbreak.

Kristy-Lyn Kemp worked at the Herron long-term care home, the site of one of the earliest and biggest outbreaks at a Quebec care home, from 2018 until last month.

After she left, she was slated to begin work at a different long-term care home in Lachine. She wanted to get a test first, she said. But when she called the health hotline to ask for a test, she was refused.

“I said that I’d been working at Herron…that I had dealt with people who were sick and who passed away from the virus, and I also said that I’d like to be tested,” she said.

She also wanted to know the results because her mom lives with her, she said.

Her mom, Karen Kemp, said her daughter has been under so much stress that she encourages her to cry every night, to “let it out.”

“I know it’s not too professional, but she needed it—otherwise she would’ve snapped,” she said. “And she almost did.”

Kemp said she decided to lie, saying she had a fever and cough. That’s when she finally qualified for the test. And it turned out positive.

“The thought that I could’ve gone and started my new job and brought it with me, and started a new outbreak, it’s terrifying,” she said.

Quebec’s chief public health officer, Horatio Arruda, said that how widespread tests can become “depends on capacity” and that health authorities are “going where there’s symptoms” except in some circumstances.

Kemp is in quarantine now, waiting until she’s declared uninfectious.