Obtaining the Campaigns list from the server has failed!
Server response:
CM Ad cahger Server plugin is not active on https://legendarygroup.co/admanager/
You Are Here Home Health News Quebec to implement vaccine passport system as cases rise in province 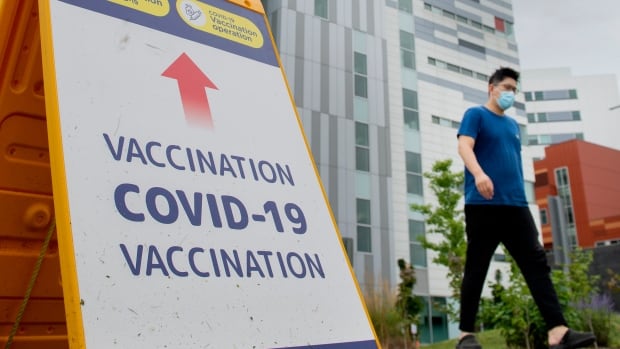 Details of the system will be released soon, Legault said. But he said the rising case numbers in Quebec, and the prospect of more hospitalizations and deaths in the coming weeks, has made the vaccine passport system necessary.

The system will allow the province to avoid the widespread closures that have marked its pandemic response to date, he said.

“People who made the effort to get their two doses should be able to live a somewhat normal life,” Legault said.

France, Italy and the City of New York already have vaccine passport systems in place.

Earlier this week, Quebec Health Minister Christian Dubé said people in Quebec who are not fully vaccinated may see themselves shut out of places and activities deemed “high” or “moderate” risk — such as gyms, team sports and theatres, for example — as an alternative to a generalized lockdown.

Prime Minister Justin Trudeau, who was at the Montreal news conference with Legault to announce federal funding for Quebec day care services, says he fully supports Quebec’s decision, and is looking to implement vaccine passports in other interested provinces to facilitate international travel.

He says he and the clerk of the privcy council are evaluating how federal government employees and workers in industries regulated by the federal government, such as airlines, may be required to get vaccinated.

“Canadians have understood that you need to get vaccinated to get through the pandemic. It’s not just a question of individual choice, it’s about protecting the community,” Trudeau said.

Legault says although the province is on track to achieving its goal of fully vaccinating 75 per cent of the eligible population by September, the highly contagious delta variant risks spiking hospitalizations.

In a tweet Thursday, Dubé said people who were not vaccinated or who only received their first dose in the past 14 days comprise 62 per cent of new COVID-19 cases.

“The rise in cases is worrisome,” Dubé wrote. “We can speak of the beginning of a fourth wave.”