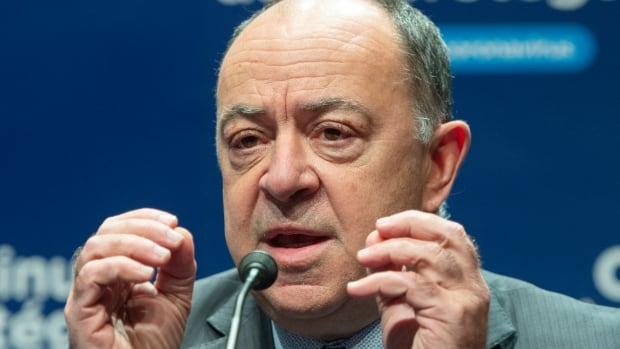 Quebecers who have received a shot of the AstraZeneca-Oxford vaccine will be able to get their second dose sooner than expected.

Health Minister Christian Dubé said Thursday the second shot of the AstraZeneca vaccine can now be administered within eight weeks of the first one.

As an example, Dubé said anyone who received their first dose prior to April 3 can get the second dose as early as this weekend. The vaccine will be made available at walk-in clinics.

The province initially planned on providing the second doses within a 12-week interval, not eight.

The change is based on a recommendation from the province’s immunization committee (CIQ). Dubé said the most recent data shows that the drop in the second shot’s efficacy is “marginal” if it is taken at the eight-week mark.

“If you want to wait for the full twelve weeks, you can do that, that would be the best advice,” Dubé said. “If someone said ‘I want to clear this and get my second dose’, I say ‘let’s do it.'”

Anyone who received the AstraZeneca vaccine will also have the option of getting another vaccine for the second dose, the province has said.

Dubé said those who received other vaccines for their first dose will likely be able to move up their second dose starting June 7, and the rescheduling will be based on priority groups.

This is a developing news story. More to come.