Quebec has become the first province to institute a curfew as part of new restrictions aimed at slowing the spread of COVID-19, but already its legality and effectiveness are being questioned by both health experts and civil liberties groups.

Starting Saturday, anybody caught outside between 8 p.m. and 5 a.m. without a valid reason could face a fine of up to $6,000.

Premier François Legault said the curfew was part of a “shock therapy” designed to ease the burden on the health-care system that has worsened along with the pandemic.

“We have seen our hospitals get overloaded,” Legault said.

But not only is the legality of a curfew being called into question, so too is its effectiveness, as even Quebec’s public health director, Dr. Horacio Arruda, admitted Wednesday that there is no study that proves curfews stop transmission.

Regardless, there is little standing in the way of the government’s four-week crackdown.

Commuting to work is one of the only permissible reasons to be outside, and commuters may soon be required to carry documentation to show police.

The measures taken so far by the Quebec government — including begging people to follow the rules — have failed to slow the spread of COVID-19 in workplaces and schools. 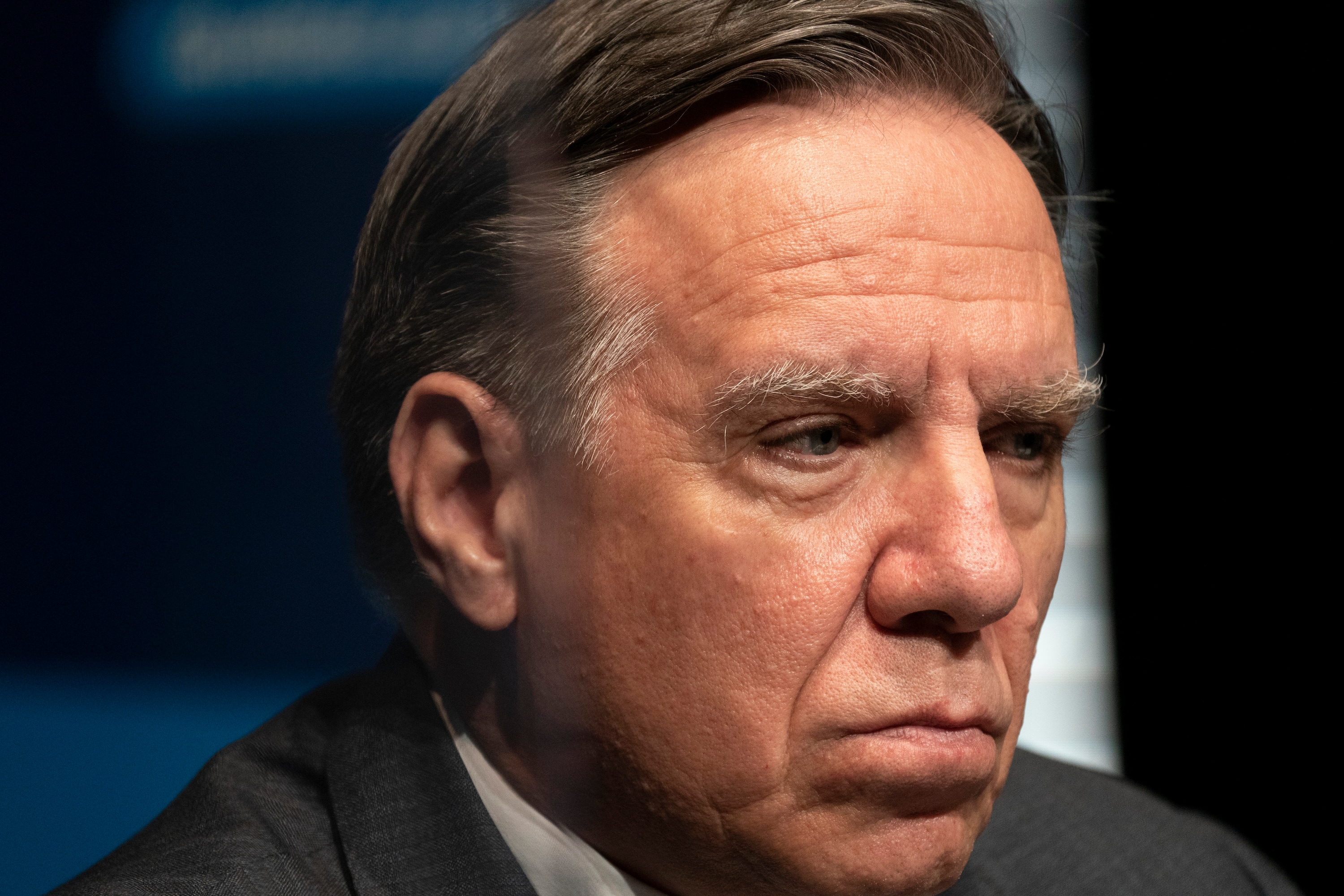 Premier François Legault says Quebec has some of the strictest measures in place and no one could have predicted the current crisis. 0:39

Eventually hospitals, which have already reduced services, will not be able to provide basic care for cases unrelated to COVID-19, officials have repeatedly warned.

“There will be people who will receive poor treatment after an automobile accident,” said André-Pierre Contandriopoulos, a professor emeritus at Université de Montréal’s school of public health.

The government has no choice but to tighten restrictions, regardless of the high social and economic costs, Contandriopoulos said.

But for some, those costs are too high.

A Quebec civil liberties group says the government should not be placing the weight of the pandemic on the backs of individuals.

“State responsibility is crucial in this extraordinary situation that we are experiencing,” the Ligue des droits et libertés said in a Wednesday statement.

The group said the government should be focused on improving indoor ventilation in places like schools and hospitals while improving conditions for those who work in the medical sector, so they don’t burn out.

As well, there were no new restrictions put on the manufacturing and construction sectors, even though they have been the site of a number of outbreaks during the second wave.

Alexandra Pierre, the group’s president, said that it is ultimately the homeless who will pay the highest price because many fear catching COVID-19 in a shelter.

“We fear that this community, already highly vulnerable to the virus, among other things, will be even more so with the introduction of this measure,” Pierre said.

Legault has said the government wants all of the province’s homeless to move inside, and on Wednesday he said that there are enough shelter beds provided for them.

Curfew could hold up in court, professor predicts

The Canadian Charter of Rights and Freedoms allows certain legal restrictions as long as they are demonstrably justified in a free and democratic society.

“The question of justification is always evaluated within the current context, and the context right now is a pandemic,” said Louis-Philippe Lampron, a law professor and civil rights expert at Université Laval.

“The fact the government has taken a progressive approach, it didn’t reach for curfews from the get-go, is also an argument in its favour.”

Lampron said a curfew would hold up in court as long as it is structured in a way that causes the least possible harm to fundamental rights.

“With the increase in the number of cases and the lack of results from the measures that were taken over the Christmas holidays, the government has even more material to argue for reasonability,” Lampron said.

Jury still out on effectiveness of curfews

The question remains: Do curfews work?

Naia Canonne moved from Montreal to Italy during the pandemic and has lived with a 10 p.m. curfew since October.

Yet one Montreal expert says curfews create bottlenecks at stores as people rush to buy groceries and pharmaceuticals just before closing time.

“Curfews have not proven to be effective.”

The main problem is that it is very difficult to control people in a democratic society, Weiss said, and that is proven by the sharp rise in cases despite the strict rules in place since October.

Curfew may be wake-up call: Doctor

However, Arruda said the government needs to do whatever it can to stop people from getting together, as that is a driving force of the pandemic.

“We have to be able to adopt measures that will decrease the possibility of gatherings,” he said.

Dr. Matthew Oughton, an infectious diseases specialist with the Jewish General, said the curfew may be a much needed wake-up call for the population.

“There has to be a sense of urgency communicated to the general public as to how serious [this] is for our entire health-care situation,” he said.

Arruda stressed the importance of following the rules, getting tested and not slacking off on wearing masks or washing hands. He said people are ignoring the recommendations and not co-operating with public health efforts to trace contacts.