You Are Here Home Health News Rethinking Covid-19 in Children 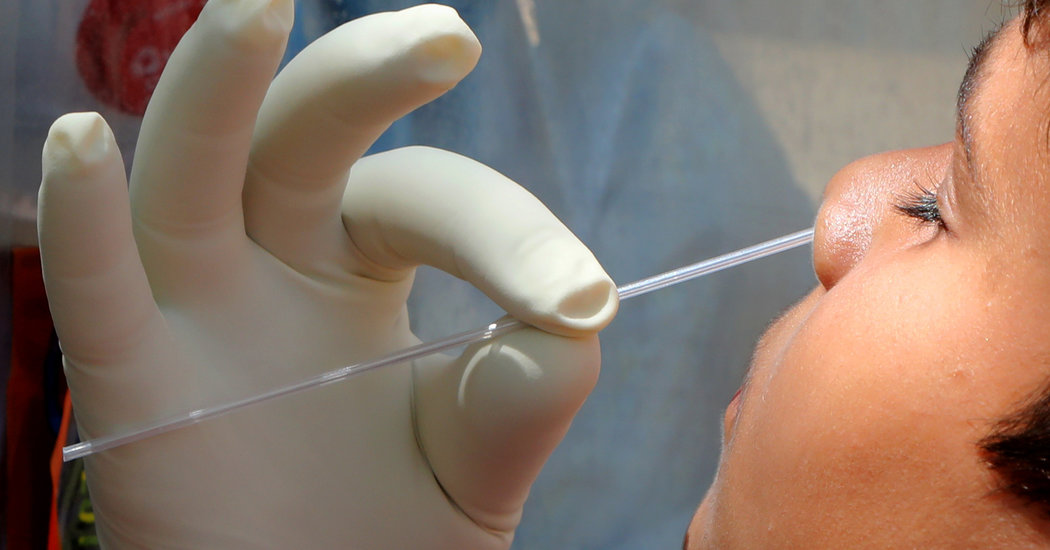 As we learn more about children and Covid-19, new research is reshaping some of our thinking. It continues to be true that children, as a group, have been relatively spared, but there is evidence that some may become very sick, and we are beginning to learn more about who may be most at risk, and what parents need to watch for.

This past week there were reports of children hospitalized in different locations, including New York City, with a multisystem inflammatory disease that has killed three children. In addition, new research continues to be published describing the ways that the virus can behave in children, which is not always how it behaves in adults.

A clinical report published Tuesday in Frontiers in Pediatrics describes five children in China who were admitted to the hospital with nonrespiratory symptoms but who turned out to have Covid, including the characteristic lung abnormalities. Dr. Wenbin Li, chief pediatrician of Tongji Hospital in Wuhan, who was the first author of the study, said in an email, “In our report, four of the five patients had fever and cough during the course of the disease; four of the five cases had digestive tract symptoms as the first manifestation.”

“The indisputable fact is that, during the outbreak of Covid-19, the pediatric emergency departments are having a huge reduction of visits,” Dr. Li wrote. Because parents are afraid of coming to the hospital, they may delay bringing sick children in, which can lead to serious complications, he said. And we’re seeing in the United States that they may also delay bringing well children in, which can lead to missed immunizations and vulnerability to other scary diseases.

“The idea that children either don’t get Covid-19 or have really mild disease is an oversimplification,” said Dr. Adam Ratner, the director of pediatric infectious diseases at New York University School of Medicine and Hassenfeld Children’s Hospital at N.Y.U. Langone Health. It’s true — and comforting — that there have been fewer cases detected in children, and that the case fatality rate is much lower in children than in adults, especially older adults, he said, but “we have had some extremely sick children.”

A study just published in the journal JAMA Pediatrics looked at 48 children in the United States who have required intensive care with Covid-19. Among other findings, 40 of them had significant medical issues, so-called comorbidities; half of these were categorized as “medically complex,” meaning they were dependent on technological support to begin with, as would be true of a child with a tracheostomy, for example. Other comorbidities included immunosuppression, usually connected to cancer treatment, obesity or diabetes.

There have also been some cases of newborns becoming sick, and at least one reported stillbirth, and a research letter published at the end of April in JAMA reported the isolation of the virus from the placenta of a woman who suffered a second-trimester miscarriage.

Dr. David Baud, the head of the obstetrics service at Lausanne University Hospital in Switzerland, who was the lead author of the letter, said that the most likely way for the virus to reach the placenta is through the bloodstream. He noted that in the outbreaks of SARS and MERS, which were also coronaviruses, infected mothers were more likely to have low birth weight babies.

And although it feels as if the current pandemic has been going on for a long time, we are in fact not far enough in yet to see what the effect on the fetus might be of infection during the first trimester of pregnancy. But Dr. Baud was one of the doctors who described the establishment of an international registry for pregnancies affected by Covid-19 in an article published this month in the Lancet.

Even when mothers test positive for Covid-19 at delivery, their infants have tended to be negative, Dr. Ratner said, as long as the mothers and babies are kept separate (or well protected by personal protective equipment) after the birth, suggesting that the virus is not being transmitted in utero or at delivery — which was also found to be the case in China.

Dr. Ratner said he had taken care of a number of children with the virus, and “most of them have very mild disease.” But some “have required intensive care and ventilatory support, so there is a wide range, even if most of the cases are OK.”

Some infants become critically ill, but in preschool and school-age children, we have been saying that Covid-19 tends to be very mild. Children with immunodeficiencies or children who have had chemotherapy are at higher risk for serious illness, but, Dr. Ratner said, “we have seen kids without prior medical problems at all who’ve needed admission, who’ve needed intensive care.” This is also the age group where the new multisystem disease is being noted, possibly sometimes as a post-infectious hyperinflammatory process.

Many of the symptoms of this recently described syndrome resemble those of a rare childhood illness called Kawasaki disease. Dr. Jane Newburger, the director of the Kawasaki program at Boston Children’s Hospital, said, “We’re seeing a wave of a syndrome that can include shock or extreme inflammation.” Shock is what happens when the body’s organs don’t get sufficient blood supply, and some of these children have poor heart function.

Kawasaki disease itself is a clinical diagnosis; there is no single lab test that can detect it, and the cause is not known. Dr. Newburger described it as “an acute illness of children that strikes generally children who were previously healthy — high fever for at least four days with red eyes, redness of lips, tongue, throat, a rash, swollen hands and feet, sometimes red palms and soles.” It’s treated with IVIG, intravenous immunoglobulin, a blood product prepared from the serum of many donors with the intent of preventing the rare but serious enlargement of the coronary arteries, which is the most dangerous complication.

Dr. Newburger said that the Covid-19-related cases are a multisystem severe inflammatory syndrome modulated by the immune system, which many people think may appear a few weeks after the initial encounter with the coronavirus. The children come in with high fevers, with dysfunction in one or more body organs, and with lab tests suggesting inflammation.

Dr. Moshe Arditi, the chief of pediatric infectious diseases and immunology at Cedars-Sinai Medical Center, has been working on Kawasaki disease for over 30 years. He said that some of the cases that have been reported in different cities — especially London and New York — may just represent Kawasaki disease in children who have also been exposed to Covid-19, without being able to say whether there is any causal link, while others involve children who are much sicker, with what he described as “a toxic shock kind of syndrome,” needing intensive care — which defines this new clinical entity.

Dr. Philip Kahn, a pediatric rheumatologist at N.Y.U., said he was currently caring for several pediatric patients hospitalized with what looks like Kawasaki disease.

“In Kawasaki disease, the vast majority of children do extremely well, with no long-term bad outcomes,” Dr. Kahn said. “For the vast majority, this is an acute one-time illness of childhood.” And he has seen children with Covid-19 and this Kawasaki-like syndrome who have looked sick but done well, he said, responding to treatment with immunoglobulin. He had just gotten off the phone, he said, with a patient who had been discharged. “The kid is laughing, the mom is laughing, a week and a half later,” he said. “Treated with one dose of immunoglobulin, laughing, looks like a million bucks — that’s the kid I live for.”

And even with the cases of multisystem disease that emerged last week, “compared to adults, children are much less likely to be severely affected, and mortality is very very rare,” Dr. Newburger said. “Parents should still feel it would be very unusual for a child to be so seriously affected — but if their child suddenly becomes very febrile, seems unwell, and a parent’s sixth sense tells them their child is much sicker, seek medical attention, call the pediatrician, go to the hospital.”

“The important takeaway is that this is still a new disease for us,” Dr. Ratner said. “We are still seeing things for the first time, even though over the last few weeks we’ve seen a lot of adults and children.”