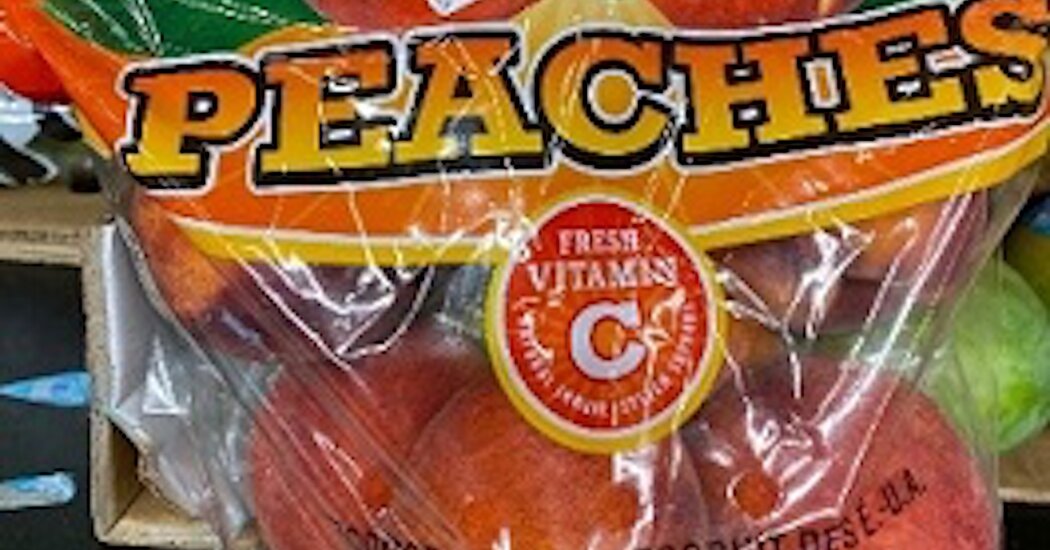 The Food and Drug Administration is investigating bagged peaches as a likely source of a salmonella outbreak that has sickened 68 people across nine states, 14 of whom were hospitalized.

The peaches were packaged by Wawona Packing Company and sold in two-pound, clear plastic bags starting June 1. Aldi, the retailer where many of the people who were sickened reported buying the peaches, recalled all Wawona-brand bagged peaches on Wednesday.

Aldi told the Food and Drug Administration that Wawona was the sole supplier of the bagged peaches. The products were shipped to stores in 16 states, including Minnesota, New York, Connecticut, Massachusetts, Iowa and Kentucky. The F.D.A. is investigating to determine the source of contamination and how widely the peaches were distributed.

“The challenge with salmonella is salmonella can really enter or contaminate food almost anywhere in the whole chain,” said Martin Wiedmann, a professor of food safety at Cornell University. “It could start from a field or an orchard, where salmonella could be introduced. It could be in a facility where the product is packaged. It could be from a human who carries salmonella.”

Customers who have the peaches at home, even if they are frozen, should not eat them and should toss them out immediately, the F.D.A. said. They should also throw away any items that were made with the peaches. Health officials also recommend cleaning and sanitizing the area where the fruit was kept, because it may have come into contact with and contaminated surfaces or containers.

This is important because, according to Dr. Wiedmann, salmonella is incredibly resilient.

“Salmonella is very good at surviving in the environment,” he said, “so there are examples where salmonella lived in an environment, a built environment — a processing plant or a building — for years.”

People who are infected with salmonella can develop diarrhea, fever and abdominal cramps, as well as more serious symptoms, according to health officials. The illness, called salmonellosis, can last four to seven days, the C.D.C. said.

The latest warning was issued amid a bigger outbreak linked to onions grown in California. Hundreds have been sickened and 85 were hospitalized across 43 states. The F.D.A. has identified red onions from Thomson International, a produce supplier in Bakersfield, Calif., as the likely source of the outbreak. This month, the company recalled red, yellow, white and sweet onions shipped since May 1.

Out of an abundance of caution, Dr. Wiedmann recommends that consumers throw out these products, even if they have already eaten some with no consequence. People who consume contaminated food may not always get sick but they run the risk of becoming carriers and infecting other people, he said.