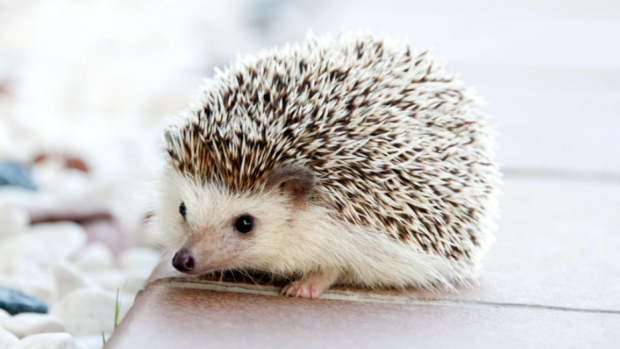 TORONTO — An outbreak of salmonella linked to pet hedgehogs has expanded into three more provinces with an additional 21 cases reported, according to the Public Health Agency of Canada.

The outbreak was first announced by the federal health agency in early November, when there were 11 confirmed cases of the illness identified in Alberta, Saskatchewan, and Quebec between December 2019 and August 2020.

Since then, PHAC has updated its investigation to include 21 more confirmed cases of salmonella for a total of 32 in six provinces: British Columbia, Alberta, Saskatchewan, Ontario, Quebec, and New Brunswick.

“Based on the investigation findings to date, exposure to pet hedgehogs has been identified as the likely source of the outbreak,” the health agency reported. “Many of the individuals who became sick reported having direct or indirect contact with hedgehogs before their illnesses occurred.”

“Hedgehogs can carry salmonella bacteria even though they appear healthy and clean and show no signs of illness,” the notice said. “Even having indirect contact by touching their environments can put you at risk for developing a salmonella infection.”

According to the update, individuals became sick between June 2017 and October 2020. While four of the individuals were hospitalized, there have been no deaths related to the illness.

Those who became ill were between the ages of four months and 79 years of age, with 10 of the cases occurring in children 10 years old or younger. The majority of those who have been infected (52 per cent) have been female.

PHAC said they have been collaborating with the U.S. Centers for Disease for Disease Control and Prevention (CDC) after a similar outbreak of salmonella illnesses was reported there in October.

In its latest update, dated Nov. 12, the CDC reported that nine more cases had been identified for a total of 41 in 20 states. Eight people have been hospitalized and there have been no deaths, according to the CDC.

“Investigators in Canada and the U.S. continue to collaborate to exchange information and identify commonalities in the outbreak information that may help to determine if there is a common source of hedgehogs,” the PHAC notice said.

HOW TO PROTECT YOURSELF

Canadians who come in to contact with hedgehogs are advised to practice good hand hygiene, frequent handwashing and safe handling of hedgehogs and their environments.

The public health agency added that “kissing and cuddling a hedgehog can spread salmonella to your face or mouth and make you sick.”

While anyone can become sick with a salmonella infection, children under the age of five, older adults, pregnant people, and those with weakened immune systems are at a higher risk of serious illness.

According to PHAC, symptoms typically begin to appear six to 72 hours after exposure to salmonella bacteria and can include fever, chills, diarrhea, abdominal cramps, headache, nausea, and vomiting.

The symptoms can last for four to seven days and usually clear up without treatment in healthy people. People who have been infected with salmonella can be infectious for several days to several weeks.

“People who experience symptoms, or who have underlying medical conditions, should contact their health care provider if they suspect they have a salmonella infection,” PHAC advised.