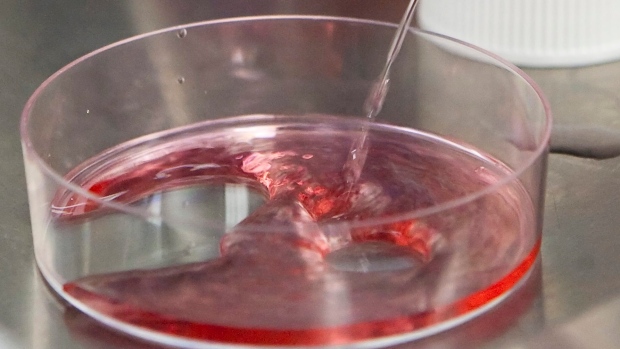 TORONTO — Clues to how psychiatric disorders like schizophrenia originate can be found in the early development of human brain cells, according to a new study that looked at human embryonic stem cells and gene expression data.

While research in this area remains nascent, scientists hope that these early findings could eventually help improve treatment and therapies for the disorders and shed light on why patients respond differently to treatments.

“Genetic factors play a significant role in determining a person’s risk of developing psychiatric disorders. Uncovering biological processes impacted by these genetic risk factors is a major step towards understanding the causes of disease,” Dr. Andrew Pocklington, with Cardiff’s Division of Psychological Medicine and Clinical Neurosciences, said in a statement.

The study, published in the journal Nature Communications and led by scientists from Cardiff University, identified several sets of genes that are “switched on” during neurogenesis, or the beginning and early development of brain cells. Changes to these specific genes are strongly tied to disorders like autism and ADHD, but results suggested that even conditions that normally develop later in life like bipolar disorder and major depression were linked to these very early changes that occur long before birth.

“In vitro experiments showed that when activation of these sets is disrupted, the shape, movement and electrical activity of developing brain cells is altered, linking changes in these properties to disease,” according to Dr Eunju Jenny Shin who was with Cardiff’s Neuroscience and Mental Health Research Institute and is now at Keele University.

“This suggests that some biological pathways first switched on in the early pre-natal brain may remain active in later life, with genetic variation in these pathways contributing to disease by disrupting both development and mature brain function,” he said.

The study said precise timing is “crucial” during brain development, noting that “even transient perturbation of neurogenesis may have a profound impact on fine-grained neuronal wiring, network activity and ultimately perception, cognition and behaviour.”