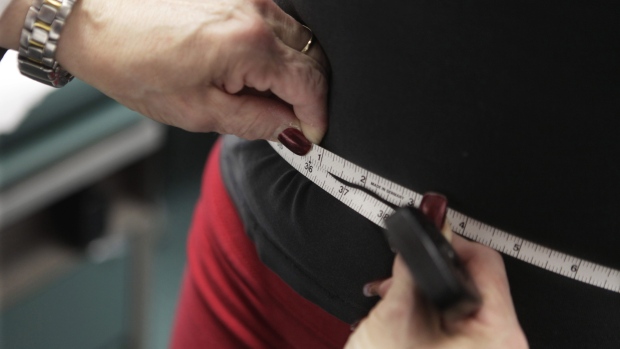 We all know the type. They can eat all they want, spend zero time at the gym and don’t put on an ounce.

Now, according to new preliminary research published Thursday in the journal Cell, scientists may have discovered the gene that helps these super-skinny individuals stay so slim, potentially opening up a new frontier in treatments to tackle obesity.

An international team of scientists said they have identified a genetic variant unique to thin individuals in what’s known as the ALK gene. The ALK gene makes a protein called anaplastic lymphoma kinase, which is involved in cell growth.

They pinpointed the variant after looking at DNA samples and clinical data of more than 47,000 healthy people in Estonia between the ages of 20 and 44.

“The Estonia biobank is very unique in its detail,” said senior author Josef Penninger, a professor in the department of medical genetics and the director of the Life Sciences Institute at the University of British Columbia.

“We looked at the genetic maps of people with a BMI [body mass index] below 18 and compared them with those of people of normal weight and found the [genetic variant] that correlated with being super skinny,” Penninger said.

The team then examined how the ALK gene functions in mice and flies.

Stephen O’Rahilly, professor and head of the department of clinical biochemistry and the director of the metabolic diseases unit at the University of Cambridge, said the research was “not definitive” but “very interesting.”

O’Rahilly, who wasn’t involved in the study, added that “it certainly increases interest in ALK7 inhibition as a therapeutic strategy for the treatment of obesity.”

Scientists already know that a mutated form of the ALK gene and protein can drive the development of cancer tumors, the study said. Mutated forms of the gene and protein have been found in non-small cell lung cancer, anaplastic large cell lymphoma and neuroblastoma, a brain cancer.

This new finding suggested a different mutation of the gene may play a role in thinness and resistance to gaining weight. To test this, the scientists conducted experiments on flies and mice and found that deleting this gene resulted in thinner versions of those flies and mice.

“We gave the mice (what amounted to) a McDonald’s diet. The normal mice got obese and the ones without ALK remained skinny,” Penninger said.

O’Rahilly described the animal studies as “well done” but noted that the genetic variation that was associated with lower body mass index in the Estonia biobank was “modest” and not as robust as many experts in the field would accept as “definitive.”

However, he said that previous studies in much larger populations have shown a suggestive, but not strong, signal of an association with body weight in that area of the genome, and it was unlikely that the variation would be unique to Estonians.

Penninger said that treatments targeting the gene might help scientists fight obesity in the future.

“If you think about it, it’s realistic that we could shut down ALK and reduce ALK function to see if we did stay skinny,” Penninger said.

“ALK inhibitors are used in cancer treatments already. It’s targetable. We could possibly inhibit ALK, and we actually will try to do this in the future.”