You Are Here Home Health News Should B.C. remain an outlier when it comes to releasing locations of COVID-19 cases? 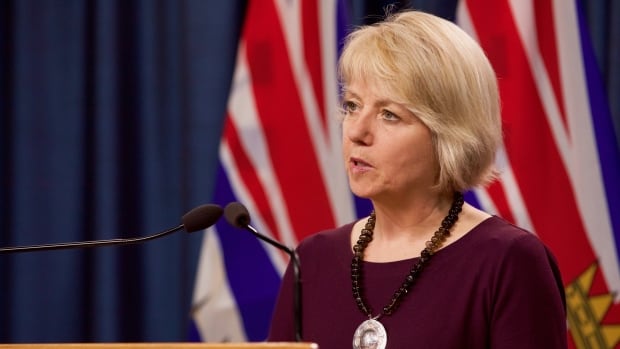 According to Bonnie Henry, British Columbians are responsible enough to live without detailed rules or strict orders during a global pandemic.

But we’re not responsible enough to know where positive COVID-19 cases have been in the province.

“It doesn’t tell you a story that you need to know to understand this,” said Henry on Thursday, responding to another question on why the province hasn’t provided geographic information on positive cases beyond its five health regions.

Henry has been consistent in her explanations for why releasing city-by-city data isn’t helpful but says “more data” will likely be provided next week.

Some would argue it’s a move long overdue.

For as the number of active cases in B.C. continues to drop — now at 228, down 69 per cent from its peak a month ago — the arguments for withholding that information are also diminishing.

The original justification for not letting people know the location of COVID-19 cases was twofold.

First, if there were no confirmed cases in a city in the early days of the outbreak, people might relax and not change their behaviour to prevent widespread transmission.

More than two months in and with over 2,000 cases across the province, that’s no longer the case. Every large region in the Lower Mainland has likely had dozens of cases, and it’s usually been smaller communities in B.C. pushing for heightened restrictions.

“Citing a false sense of security is a weaker argument now,” said Chad Skelton, a data journalist and instructor at Kwantlen University.

“We’re taking all sorts of other risks in society, with schools going back, people are getting haircuts again … I think at some point that also applies to government transparency.”

The second argument was that highlighting places with large amounts of cases could be stigmatizing, particularly if they were already marginalized.

Yet in Ontario, where data has been available at a local level for months and was just released on a neighbourhood level in Toronto, health researchers say there are plenty of benefits.

“You can compare with other data we may have, including transit routes and business income levels, racialization, all of this stuff can provide information in starting to understand factors,” said Andrew Morris, an infectious disease specialist with the Sinai Health System and University Health Network in Toronto.

“Epidemiology is all about understanding patterns of disease. It’s mostly a hypothesis. We can’t find out what the fixes are when you get data, but it certainly guides you.”

Nicholas King, a professor at McGill University who conducts research in public health ethics and policy, says he understands questions of moral hazard and stigmatization are important — but believes a balance can be struck.

“Say things like ‘if the rates are very low in your community, that doesn’t mean that the risk is zero, and it’s still important to practice physical distancing.'”

And as the number of active cases continues to decline — they now account for less than 10 per cent of cumulative cases in the province — the argument for increased transparency grows stronger.

“People have a right to know what’s happening in their communities,” said Skelton.

“I think city-by-city level data is a fair balance … and I don’t really think it would add a dramatic increase in people’s risky behaviour.”

As Skelton admits, “giving [Henry] the benefit of the doubt made a lot of sense,” and B.C.’s unique approach has consistently paid dividends.

“We should be transparent,” said Skelton.

“We should tell people what’s going on. We should share information unless we have a very good reason not to share it.”