You Are Here Home Health News Six Ontarians died every day from opioid overdoses at start of pandemic: study 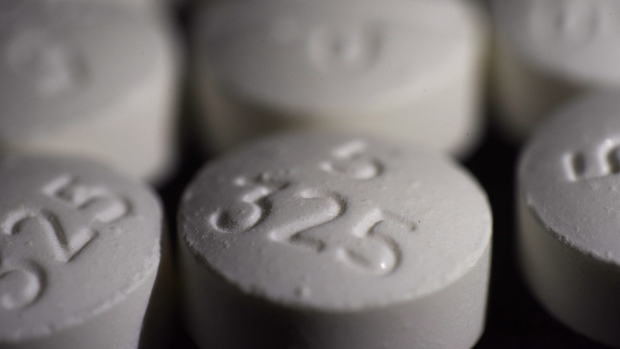 TORONTO — A new study examining the impact of the ongoing opioid crisis in Ontario has found that, on average, six people a day died from opioid overdoses during the first six months of the COVID-19 pandemic.

The study, published Wednesday in the JAMA Open Network, tracked opioid deaths among those 15 years and older in Ontario across three separate six-month periods, from January 2018 to September 2020.

The study defined an opioid-related death as “an acute intoxication or toxicity death resulting from the direct contribution of an opioid.”

In the first six months of the COVID-19 pandemic in Ontario, it found 1,237 people died of opioid-related causes, which works out to an average of six people a day, a major increase from the 771 and 766 deaths in the two previous six-month study periods.

Analysis of the entire study period found the weekly number of opioid-related deaths increased 135 per cent from 23 deaths to 54 deaths, with the most rapid growth seen in people younger than 35.

The study estimates that 17,843 collective years of life were lost due to opioid overdoses in the first six months of the COVID-19 pandemic compared with the six months prior.

Researchers said “the rising rate of harm among young adults as well as the increased contributions of fentanyl and stimulants to these deaths emphasize the urgent low-barrier access to evidence-based harm reduction services and treatment for opioid use.”

A previous report released last week from the Ontario Drug Policy Research Network at Toronto’s St. Michael’s Hospital found fatal opioid overdoses were up more than 75 per cent in Ontario after COVID-19 hit in 2020 compared to 2019.

Researchers also attributed the stark increase in deaths to fentanyl, unpredictable or contaminated drug supplies and the massive changes to health-care services during the pandemic that may have significantly limited people’s access to harm reduction services and treatment.

The vast majority of all opioid-related deaths listed were accidental, the report said.