You Are Here Home Health News Stopping the next pandemic before it begins: Why Royal Ontario Museum’s bat collection could be the key 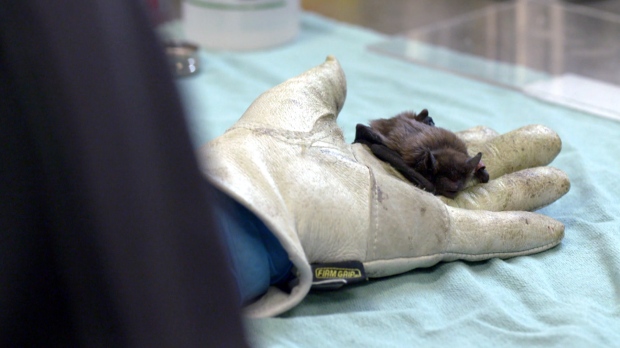 LONDON, ONT. — Researchers at Western University in London, Ont. are hoping to use frozen bat tissue and droppings to develop a bank of ready-made vaccines to help prevent the next coronavirus pandemic.

Rather than travel the globe collecting bat samples the team at Western has paired up with the Royal Ontario Museum (ROM), which holds thousands of frozen bat issue samples from around the world.

The team is on the hunt for coronaviruses within bats that have the potential for animal-to-human transmission.

The researchers are hoping to identify in bats various coronavirus types in the hopes of making vaccines that could be at the ready for the next pandemic.

“Our project is aimed at preparing for this eventuality by generating vaccines for the diverse coronaviruses that are present in nature, particularly focusing on those from bats,” said Troyer in a release.

Western has researchers dedicated to collecting samples who realized that the ROM has a large tissue collection of bat samples already at the ready.

In their collection of frozen tissues, the bat samples contain nearly 15,000 specimens and roughly 400 species from 30 countries.

“Built up over many years of ROM fieldwork researching bats, we have amassed a comprehensive collection of tissue samples from different species and countries, including bats from China,” said Burton Lim, ROM Assistant Curator of Mammalogy.

The ROM’s collection is said to be one of the best in the world.

The team at Western issuing both frozen samples and bat droppings to try and discover new conronaviruses that could transfer to humans.

The team can then try to isolate their unique genes which is the foundation for creating vaccines.

The goal is that when the next virus emerges they can do a quick scan of their bank to find an already made vaccine that could help fight the virus.

“Imagine if we had something like this when the outbreak first occurred in Wuhan in December 2019,” said Troyer.

“A vaccine could have potentially been rapidly deployed to that area before it spread widely and maybe could have headed this off before it became a pandemic.”