You Are Here Home Health News Stress can turn hair grey and it might be reversible, new study finds 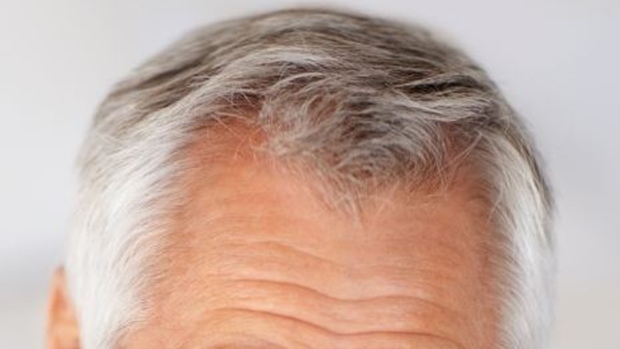 SASKATOON — Not a fan of your salt and pepper look? Well, there might just be a fix which doesn’t involve turning to dark shoe polish.

A new small-scale study not only shows strong evidence that psychological stress is linked to the graying of hair but that the process is potentially reversible.

The team from Columbia University Irving Medical Center in New York City, who published their findings in the journal eLife last week, were surprised to discover that hair colour can be restored when stressors are removed.

“Understanding the mechanisms that allow ‘old’ gray hairs to return to their ‘young’ pigmented states could yield new clues about the malleability of human aging in general and how it is influenced by stress,” the study’s senior author Martin Picard told publication Science Daily.

“Our data adds to a growing body of evidence demonstrating that human aging is not a linear, fixed biological process but may, at least in part, be halted or even temporarily reversed,” Picard, associate professor of behavioral medicine at Columbia University Vagelos College of Physicians and Surgeons, added.

But authors warned that re-pigmentation of hair was only possible for some.

Most people start noticing their first gray hairs in their 30s or late 20s and the team said this period is when the process is the most reversible. Those who are older who might already have a full head of grey hair are likely be out of luck no matter how much psychological stress they reduce in their lives.

But authors say there’s some possibility that some hair follicles could be altered by reduced stress.

Contrary to popular belief, hair does not turn grey after it’s grown out of the follicle — small, pocket-like holes in our skin on the top of one’s head. Instead authors explained that when hairs are under the skin, they’re subject to the influence of internal chemical processes and stress hormones.

And although it’s been long believed that psychological stress speeds up greying, it’s been difficult for scientists in general to correlate times of stress with changes to hair pigmentation at a single-follicle level.

But researchers from this latest study say they’re the first to offer quantitative evidence of the link. And the biggest reason is because of Ayelet Rosenberg, the first author on the study and student in Picard’s lab.

She developed a new method of capturing highly detailed images of tiny slices of human hairs. Each slice, which is about 1/20th of a millimetre wide, represents about an hour of hair growth, so this precision has greatly bolstered their ability to pinpoint subtle, nearly-imperceptible changes in hair pigmentation.

The team analyzed individual hairs from 14 volunteers and compared the results with entries in stress diaries participants kept for the experiments. Volunteers were asked to catalogue and rate their levels of stress each week.

It’s through these journals that researchers were able to directly compare hair samples with documented examples of stress in their lives. In the case of one individual for example, Picard said they went on vacation, “and five hairs on that person’s head reverted back to dark during the vacation, synchronized in time.”

But one of the issues with the study, which has also been flagged by some experts in Scientific American, is the need for more data as the sample size was relatively small.

Researchers also looked at the expression levels of thousands of proteins in the hairs and how those values changed as the hair grew out. They discovered when hair colour changed one direction or the other, there was an observable change in about 300 proteins.

The team said their mathematical model suggests stress-induced changes in mitochondria, which act like tiny antennas inside the cell that respond to different signals including stress, helps to explain why grey hairs change.