It is a common refrain from Bernie Sanders on the campaign trail: The United States is the only developed country that does not provide health coverage to all residents.

“Canada can provide universal health care to all their people at half the cost,” he said at a recent Democratic debate. “The U.K. can do it. France can do it. Germany can do it. All of Europe can do it.”

Mr. Sanders is right: All these countries provide universal coverage. But what he doesn’t talk about is the excruciating battle they went through to get there.

It took Canada more than a decade to move from a patchwork of insurance plans to a single-payer system. At one point, doctors were so incensed that they went on strike for 23 days. Doctors from the United States and Britain flew in to help keep the health system going.


Note: The start dates are based on interviews with historians and a review of historical records.

Today, most Britons revere their National Health Service: One lawmaker has called it the closest thing the English have to religion, and the 2012 Olympic opening ceremony honored it with a four-minute song-and-dance routine.

But when it began in the mid-1940s, 89 percent of doctors were opposed. They raised £1.6 million (or £58 million today, equivalent to $76 million) for a “fighting fund” to protest the plan. Some patients showed interest in contributing, too.

Look around the world and you start to see a common theme: Creating universal coverage is hard. The countries with the systems that Mr. Sanders admires went through years of failed legislation, doctor protests and uncertain futures.

“No country did this without a huge political conflict,” said Jacob Hacker, a professor of political science at Yale who studies the formation of international health systems. “But once they put in the strong, basic foundations, there was no going back.”

Most countries, like the United States, build their health systems incrementally. They start with smaller programs that cover a certain group of people (such as the poor) or a certain type of medical care (like hospital visits).

In other countries, it was the leap that the United States hasn’t made yet — from a system that covers some people to one that covers everybody — that in many cases was the hardest part. Abroad, the arguments made against universal coverage were similar to those we hear today: that it’s just too expensive, or gives government too much control over the practice of medicine.

“Universal coverage may be considered a laudable goal,” one Canadian trade group said in 1967, before arguing that “it is not yet within the economic reach of our province or country.”

One British doctor told The New York Times in 1948 that, in fighting against the National Health Service, he and his colleagues were “engaged in a life or death struggle for our freedom and independence.”

Mr. Hacker said: “People look at the current levels of support that other systems have, and extrapolate backwards to think that universal coverage was always popular. But that isn’t the case. Everywhere this happened, it was a very fierce fight.”

It took Canada 11 years to bring health care to everybody 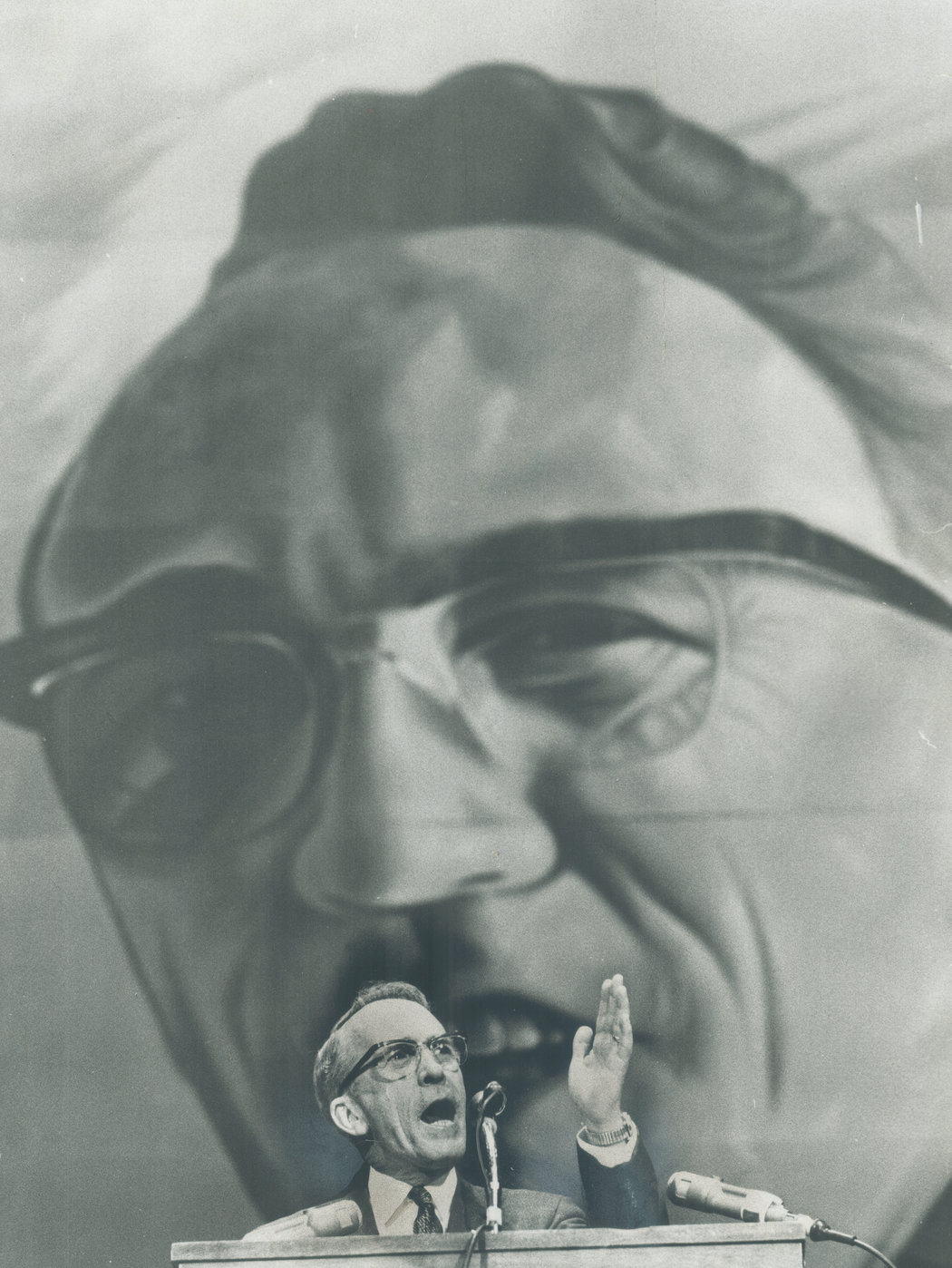 Tommy Douglas, widely credited for establishing single-payer health care in Canada, campaigning in front of a crowd of about 12,000.Getty Images

In 1944, Saskatchewan elected a premier named Tommy Douglas, the first Democratic socialist to hold that position in North America. He got to work building the province’s health system, starting with hospital benefits in 1947.

Mr. Douglas ran his 1959 re-election campaign on a health care agenda, promising “a high standard of medical care to every citizen of Saskatchewan.” He also offered a prediction: If his province stepped forward and created single-payer health care, “before 1970, almost every other province in Canada will have followed the lead of Saskatchewan.”

He won re-election in 1960 and passed legislation to create the single-payer system he’d promised voters. It did not get the positive reception that he might have hoped for: Doctors went on strike for more than three weeks when it began in July 1962. They took out newspaper ads warning that “compulsory state medicine would be a tragic mistake for this province and it would undermine the high quality of medical care which you now enjoy.”

“All the issues you’re hearing about in the Democratic debate, those were voiced in Canada in the 1950s and ’60s,” said David Wright, a history professor at McGill University in Montreal with a coming book on the history of Canada’s health system. “You had an industry concerned about becoming redundant, and individuals who had insurance worried about their doctors.”

Eventually, the doctors began to lose support, as Saskacthewan residents became frustrated with their lack of access to medical care. An independent mediator from London then brokered a deal. The compromise, known as the Saskatoon Agreement for where it was settled, guaranteed doctors they would not become employees of the state but remain independent contractors within the public insurance plan.

Despite the early hurdles, Mr. Douglas’s prediction was ultimately proved right. Saskatchewan’s system became quite popular, and other provinces began putting in their own. The federal government later began providing funding for these systems, and, by 1971, the entire country had transitioned to single-payer health care. 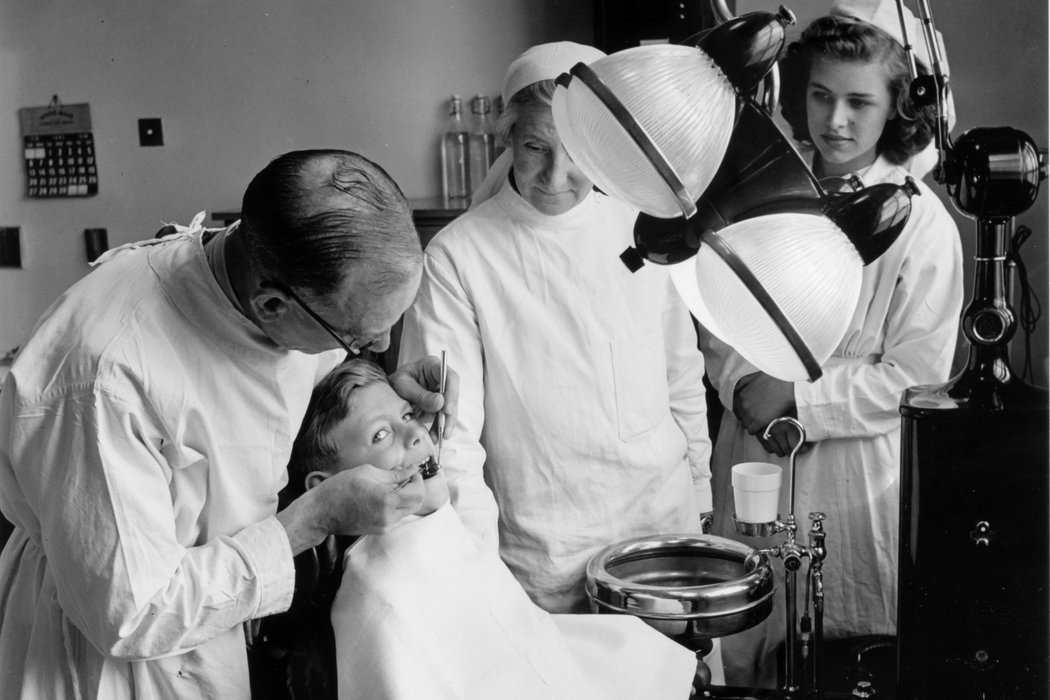 A dentist working in a health center that was part of the newly established National Health Service.Popperfoto/Getty Images

In 1942, a dense government tome known as the Beveridge Report recommended that Britain vastly expand its welfare state. The 300-page policy paper by the economist William Beveridge became a surprise hit, selling more than half a million copies.

Even so, the nation wasn’t fully sold on the idea of overhauling its health system. One 1944 poll recently unearthed by the historian Nick Hayes found that just 44 percent favored a nationalized health system. A full third wanted to leave things as they were, a mix of public and private programs. Doctors made their views quite clear in a poll conducted by the British Medical Association: 89 percent opposed the new system.

Facing ambivalence from the public and staunch opposition from physicians, the National Health Service didn’t move forward until the Labour Party won control of Parliament with a landslide victory in 1945. From there, things moved quickly. As Mr. Hacker writes in his history of the system, it moved “from a Cabinet proposal in December 1945 to a White Paper in March to a law in November.”

Doctors considered going on strike but ultimately decided against it after the government offered financial concessions. Doctors would be allowed to earn additional money seeing patients in private practice outside of the National Health Service (this is still done in Britain but is outlawed in Canada).

Two years after the start of the National Health Service, the health minister Aneurin Bevan remarked that he had “stuffed their mouths with gold” to broker his deal with British doctors.

Australia created universal coverage. Then repealed it. Then created it again. 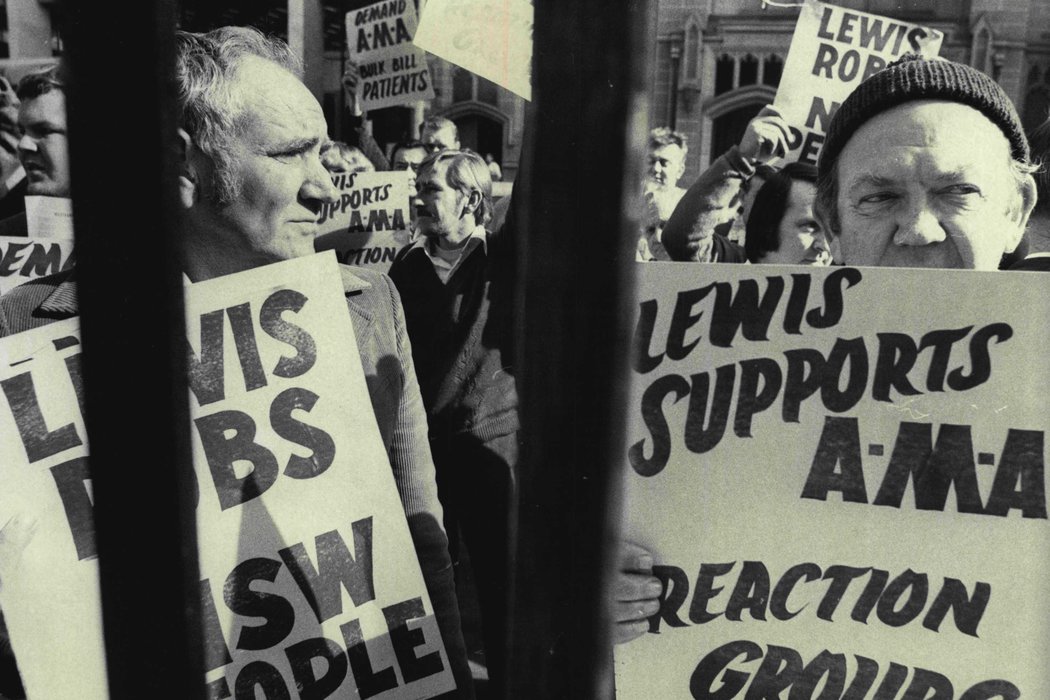 Australian workers protested outside Parliament in 1975. Australia adopted a single-payer system, repealed it and then re-adopted it years later.Kenneth Stevens/Fairfax Media, via Getty Images

When Australia started working toward universal coverage in the 1960s, the landscape looked similar to that of the United States: 80 percent of residents had some form of private or government-subsidized coverage for hospital visits.

Things did not proceed smoothly from there.

“The journey has been quite tortuous,” said Anne-Marie Boxall, an associate professor at the University of Sydney, who has written a book on Australia’s health system. “No other developed country has managed to introduce universal health care and get rid of it.”

Legislation to create universal health care failed in 1973. It failed again in 1974 before passing by a mere three-vote margin. The new system would leave private insurance markets intact but create a parallel public program to cover all Australians.

“It was an epic legislative battle to get universal health care up and running,” Ms. Boxall said. “It was nothing short of extreme brinkmanship.” She said the leader at the time, Prime Minister Gough Whitlam, had a motto: “crash or crash through.”

The Labor Party did manage to create a universal coverage system called Medibank, but voters’ support for the idea had fallen during the bruising legislative battle. One poll showed that, by 1975, only 38 percent of Australians supported the idea of mandatory coverage for all. Voters made this point especially clear in the next election, when they booted the Labor Party out of power. A more conservative coalition government took control and, within years, rolled back the Medibank plan.

This gives Australia the perhaps unenviable distinction of being the only developed country to repeal universal coverage.

But the battle wasn’t over. When Labor returned to power in 1983, the party immediately went back to health care. It changed the name of its health coverage plan to Medicare and passed it again in 1984. This one has survived, so far.

Could it happen here? 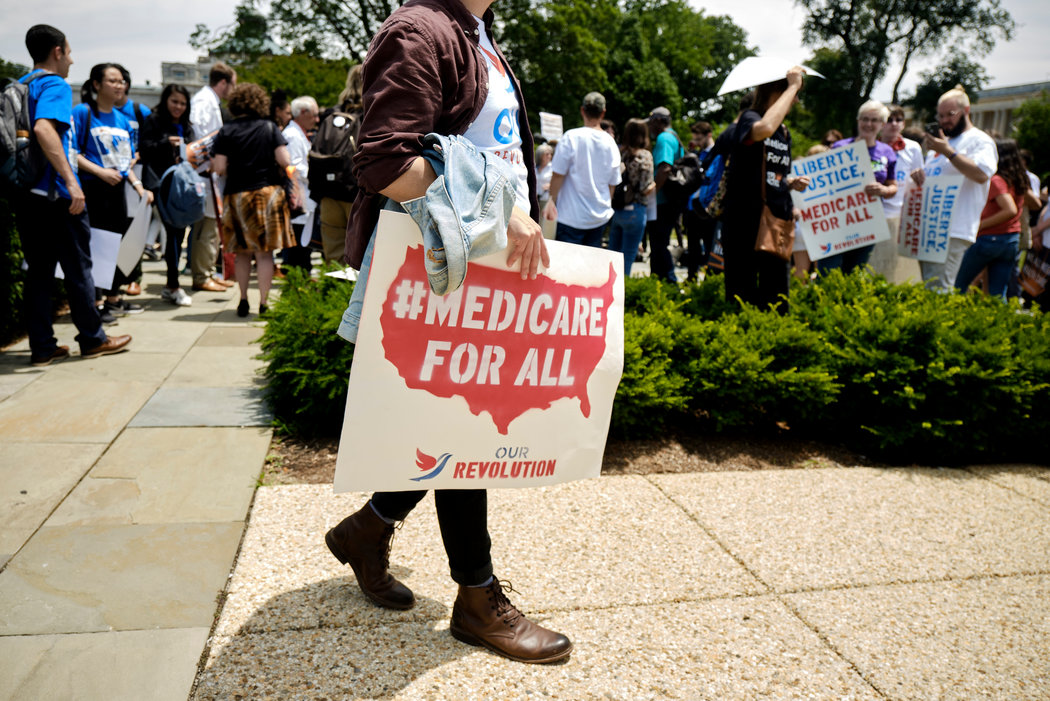 Demonstrators carried signs supporting the Medicare for All Act of 2019 at a news conference about the bill outside the House of Representatives in Washington.T.J. Kirkpatrick for The New York Times

Australia, Canada and Britain all overcame enormous opposition to build health systems that their citizens now support. In each case, politicians stood firm, and eventually the outcry subsided.

Could something similar happen in the United States?

Those who study the history of other health systems say it is certainly possible — but will probably be more difficult.

The United States is different in that its medical industry is bigger and more powerful. Health care spending accounts for one-sixth of the American economy, and no industry spends more on lobbying Congress.

Another obstacle comes from the structure of the U.S. government, in which dueling political parties often wield partial control over different branches of government.

“The American political system makes this harder,” said Mr. Hacker, the Yale professor. “The kind of determined, take-no-prisoners approach that happened in some provinces like Saskatchewan doesn’t work as well here.”

That said, there is nothing so structurally different about the United States that leads historians to think of universal coverage as impossible.

“Of course the United States could do this,” said Mr. Wright, the history professor at McGill. “There’s no reason except for political will that it couldn’t happen.”

Ms. Boxall, who studies the system in Australia, notes that 80 percent of people there had private health insurance when the Labor government began to pursue universal public coverage. That suggests to her that change can still happen, even in the face of an entrenched insurance industry.

“The private market hadn’t achieved universal coverage here, and it became clear government was the only way to get from 80 percent up to 100 percent,” she said.

Still, widespread private insurance did mean party leaders had to compromise: To this day, Australia has a private health insurance system that runs in parallel to its universal coverage. Enrollment in the private plans typically rises when conservative parties are in power, and falls when liberals come into government.

“People had been paying into their private coverage for 25 years, and were nervous about what a government-run scheme would mean,” Ms. Boxall said. “After fighting the political battle left to get to universal coverage, they just didn’t have the political capital left to do something sensible with the private insurance arrangements that sat alongside it.”