You Are Here Home Health News Surfaces? Sneezes? Sex? How the Coronavirus Can and Cannot Spread 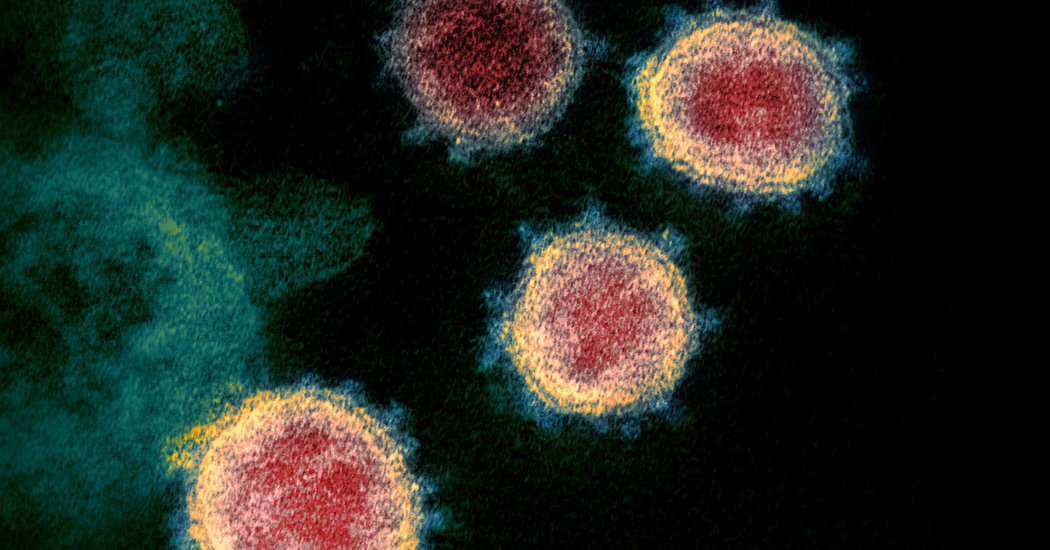 A delicate but highly contagious virus, around 900 times smaller than the width of a human hair, is spreading from person to person around the world. The coronavirus, as it’s known, has already infected people in at least 60 countries.

Because this virus is so new, experts’ understanding of how it spreads is limited. They can, however, offer some guidance about how it does — and does not — seem to be transmitted.

If I cross paths with a sick person, will I get sick too?

You walk into a crowded grocery store. A shopper has coronavirus. What puts you most at risk of getting infected by that person?

Experts agree they have a great deal to learn, but four factors likely play some role: how close you get; how long you are near the person; whether that person projects viral droplets on you; and how much you touch your face. (Of course, your age and health are also major factors.)

It is a droplet containing viral particles. A virus is a tiny codependent microbe that attaches to a cell, takes over, makes more of itself and moves on to its next host. This is its “lifestyle,” said Gary Whittaker, a professor of virology at Cornell University College of Veterinary Medicine.

A “naked” virus can’t go anywhere unless it’s hitching a ride with a droplet of mucus or saliva, said Kin-on Kwok, a professor at the Chinese University of Hong Kong’s Jockey Club School of Public Health and Primary Care.

These mucus and saliva droplets are ejected from the mouth or nose as we cough, sneeze, laugh, sing, breathe and talk. If they don’t hit something along the way, they typically land on the floor or ground.

To get access to your cells, the viral droplets must enter through the eyes, nose or mouth. Some experts believe that sneezing and coughing are likely the primary forms of transmission. Professor Kwok said talking face-to-face or sharing a meal with someone could pose a risk.

Julian Tang, a virologist and professor at the University of Leicester in England who is researching coronavirus with Professor Kwok, agreed.

“If you can smell what someone had for lunch — garlic, curry, etc. — you are inhaling what they are breathing out, including any virus in their breath,” he said.

How close is too close?

Christian Lindmeier, a spokesman for the World Health Organization, said it’s best to stay three feet from a sick person.

The Centers for Disease Control and Prevention said that standing within six feet could carry risk.

How long is too long to be near an infected person?

It’s not yet clear, but most experts agree that more time equals more risk.

Will you know a person is sick?

Keep in mind that if you do get sick, most symptoms are as mild as a cold or the flu. Still, others who are infected with coronavirus never fall ill at all. (Technically, COVID-19 is the name for the sickness caused by the respiratory virus.)

But the flip side of this is that it can be hard to tell who is capable of spreading coronavirus.

In a growing number of cases, people without symptoms have infected others. The W.H.O. still believes that most of those who have spread coronavirus were clearly ill at the time of transmission, Mr. Lindmeier said.

Can the virus last on a bus pole, touch screen or other surface?

Yes. After numerous people who attended a Buddhist temple in Hong Kong fell ill, the city’s Center for Health Protection collected samples from the site. Restroom faucets and the cloth covers over Buddhist texts tested positive for coronavirus, the agency said.

Technically, the virus widely known as the coronavirus is just the latest of many similarly shaped viruses. (Coronaviruses are named for the spikes that protrude from their surfaces, which resemble a crown or the sun’s corona.) A study of other coronaviruses found they remained on metal, glass and plastic for two hours to nine days.

Whether a surface looks dirty or clean is irrelevant. If an infected person sneezed and a droplet landed on a surface, a person who then touches that surface could pick it up. How much is required to infect a person is unclear.

Coronaviruses are relatively easy to destroy, Professor Whittaker said. Using a simple disinfectant on a surface is nearly guaranteed to break the delicate envelope that surrounds the tiny microbe, rendering it harmless.

As long as you wash your hands before touching your face, you should be OK, because viral droplets don’t pass through skin.

If you are concerned about getting sick from someone who might have sneezed onto a product you’ve ordered that’s made in China, don’t worry. In the time it takes to get to the United States, you should be safe, and if you are really concerned, you can clean the surface with a disinfectant or wash your hands after touching it.

Does the brand or type of soap you use matter?

My neighbor is coughing. Should I be worried?

There is no evidence that viral particles can go through walls or glass, said Dr. Ashish K. Jha, director of the Harvard Global Health Institute.

He said he was more concerned about common spaces than dangers posed by vents, provided there is good air circulation in a room.

An infected neighbor might sneeze on a railing and if you touched it, “that would be a more natural way to get it from your neighbor,” he said.

Can I get it from making out with someone?

Though coronaviruses are not typically sexually transmitted, it’s too soon to know, the W.H.O. said.

Is it safe to eat where people are sick with coronavirus?

If a sick person handles the food or it’s a high-traffic buffet, then risks cannot be ruled out — but heating or reheating food should kill the virus, Professor Whittaker said.

“As a general rule, we haven’t seen that food is a mechanism for spreading,” he said.

Can my dog or cat safely join me in quarantine?

Thousands of people have already begun various types of quarantines. Some have been mandated by health officials, and others are voluntary and primarily involve staying home.

Can a cat or dog join someone to make quarantine less lonely?

Professor Whittaker, who has studied the spread of coronaviruses in animals and humans, said he’s seen no evidence that a person could be a danger to their pet.