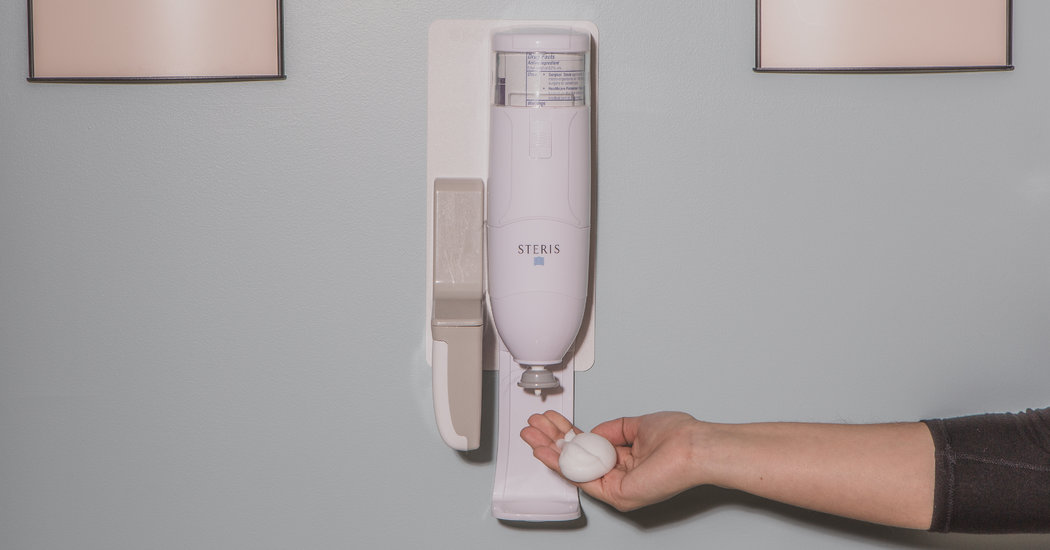 SAN FRANCISCO — First, there were conspiratorial whispers on social media that the coronavirus had been cooked up in a secret government lab in China. Then there were bogus medicines: gels, liquids and powders that immunized against the virus.

And then there were the false claims about governments and celebrities and racial unrest. Taiwan was covering up virus deaths, and the illness was spiraling out of control. Bill Gates, the Microsoft co-founder who now runs a philanthropic organization, was behind the spread of the virus. Italians were marching in the streets, accusing Chinese people of bringing the illness to their country. None of it was true.

As the coronavirus has spread across the world, so too has misinformation about it, despite an aggressive effort by social media companies to prevent its dissemination. Facebook, Google and Twitter said they were removing misinformation about the coronavirus as fast as they could find it, and were working with the World Health Organization and other government organizations to ensure that people got accurate information.

But a search by The New York Times found dozens of videos, photographs and written posts on each of the social media platforms that appeared to have slipped through the cracks. The posts were not limited to English. Many were originally in languages ranging from Hindi and Urdu to Hebrew and Farsi, reflecting the trajectory of the virus as it has traveled around the world.

Security researchers have even found that hackers were setting up threadbare websites that claimed to have information about the coronavirus. The sites were actually digital traps, aimed at stealing personal data or breaking into the devices of people who landed on them.

The spread of false and malicious content about the coronavirus has been a stark reminder of the uphill battle fought by researchers and internet companies. Even when the companies are determined to protect the truth, they are often outgunned and outwitted by the internet’s liars and thieves.

There is so much inaccurate information about the virus, the W.H.O. has said it was confronting a “infodemic.”

“I see misinformation about the coronavirus everywhere. Some people are panicking, and looking to magical cures, and other people are spreading conspiracies,” said Austin Chiang, a gastroenterologist at Jefferson University Hospital in Philadelphia.

In Taiwan, virus-related misinformation on social media has fed concerns that China might be using the crisis to undermine the government of the self-ruling island.

In recent weeks, there have been posts on Facebook and other sites claiming that Taiwan has concealed large numbers of coronavirus infections. There have been fake but official-looking documents promising giveaways of face masks and vaccines. A screen capture from a television news broadcast was doctored to say that President Tsai Ing-wen had contracted the disease and was in quarantine.

In a statement to The Times, Taiwan’s foreign minister, Joseph Wu, blamed China’s “internet armies” for the deluge of falsehoods, though his office declined to elaborate on how he came to that conclusion. China’s Taiwan Affairs Office didn’t respond to a faxed request for comment.

The Communist Party claims Taiwan as part of China’s territory, and Taiwanese officials have long accused Beijing of manipulating both traditional news media and social platforms to turn Taiwanese citizens against President Tsai, who opposes closer ties with China.

Summer Chen, the editor in chief of Taiwan FactCheck Center, a watchdog group that debunks online rumors and hoaxes, said her team had been busier since the outbreak began than it was ahead of Taiwan’s presidential election in January, when the island was on high alert for potential Chinese meddling.

“Throughout this whole epidemic, people have really liked conspiracy theories,” Ms. Chen said. “Why is it that during epidemics people don’t choose to believe accurate scientific information?”

Facebook, YouTube and Twitter all said they were making efforts to point people back to reliable sources of medical information, and had direct lines of communication to the W.H.O. and the Centers for Disease Control and Prevention.

Facebook said it bans content that could cause people harm, such as claims that discourage treatment or taking appropriate precautions against the coronavirus. Posts and videos that shared conspiracy theories were clearly marked as false, once they had been reviewed by fact checkers.

When Facebook users attempt to share them, a message pops up alerting the user that the post includes information that has been deemed false by fact checkers.

Those measures, however, have not stopped people in private Facebook groups from linking to and sharing misinformation surrounding the virus. In private Facebook groups, including one that totals over 100,000 members, conspiracy theories spread that the coronavirus was an invention of the pharmaceutical industry, intended to sell the public on more expensive drugs and more vaccines.

While many posts simply encouraged people to take vitamins and eat a balanced diet to boost their immune system, others offered promises of immunity or cures if certain combinations of powders and drinks were consumed. Some were even more dangerous. The Food and Drug Administration referred to one “miracle mineral solution” posted many times on Facebook and Twitter as “the same as drinking bleach.”

Dr. Chiang, the gastroenterologist, recently helped start the Association for Healthcare Social Media, a group dedicated to encouraging more health care professionals to post on social media so that they can dispel some of the misinformation.

“People are looking for good sources of information because a lot of what they see, when they log into their social media platforms, is just scaring them,” he said.

While Twitter acknowledged the presence of some of this content on its network, Del Harvey, Twitter’s vice president of trust and safety, said the company has not seen “large-scale, coordinated” efforts to misinform people about the coronavirus. After The New York Times contacted Twitter with examples of tweets containing health misinformation about coronavirus, some owners of the accounts were suspended “for spam.”

Facebook said that in addition to working closely with health organizations, it was offering W.H.O. free ad space to try and point people toward accurate information on the coronavirus. The company said that it was removing posts that discouraged people from seeking treatment or suggested remedies that could cause physical harm and that it was placing warning labels on posts that were rated false by their fact checkers.

YouTube, which is owned by Google, also said it was working closely with W.H.O. to help combat misinformation. YouTube’s spokesman, Farshad Shadloo, said the company had policies that prohibited videos that “promoted medically unsubstantiated methods to prevent the coronavirus in place of seeking medical treatment.”

Dozens of YouTube videos, however, included titles that suggested the video offered a cure for the virus. In others, the comment sections below the videos included links to pages offering a range of alternative, unsubstantiated treatments.

In some cases, those links have led people to websites that lure people in with the promise of a cure, but actually steal credit card information and other personal details.

The cybersecurity firm Check Point said more than 4,000 coronavirus-related websites that include words like “corona” or “covid” have been registered since the beginning of the year. Of those, 3 percent were considered malicious and another 5 percent were suspicious.

Research by Sophos, a cybersecurity company, has shown an uptick in these so-called spear-phishing messages targeting people in Italy, where coronavirus infections have surged in recent weeks. Those messages included a link to a Microsoft Word document that claimed to list cures for the virus. When downloaded, it installed malicious malware on people’s computers.

John Gregory, the deputy health editor for NewsGuard, a start-up that tries to stop false stories from spreading on the internet, said the medical element to coronavirus misinformation made it different from other conspiracies the public has dealt with.

Because the information about the virus is “playing out in real time, it’s always going to be easier for someone to make a false claim,” Mr. Gregory said. “Then, there’s a separation of a few days before anyone with a scientific background, or journalists, are able to debunk the claim.”