You Are Here Home Health News Surgery or Medical Procedure? What to Know Before You Go 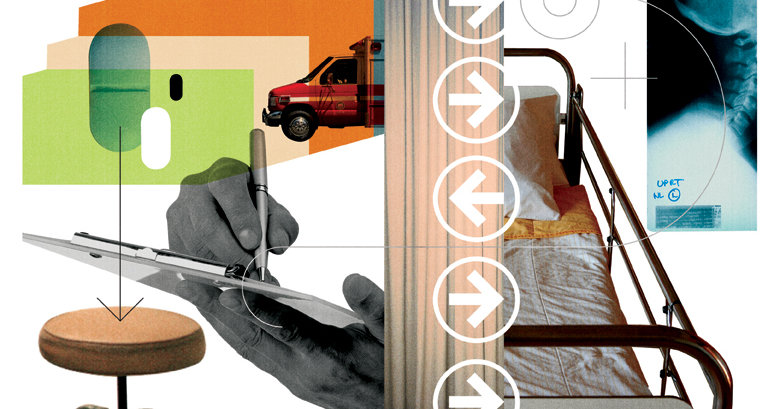 For months, Patricia Merryweather-Arges, a health care expert, has fielded questions about the coronavirus pandemic from fellow Rotary Club members in the Midwest.

Recently people have asked, “Is it safe for me to go see my doctor? Should I keep that appointment with my dentist? What about that knee replacement I put on hold: Should I go ahead with that?”

These are pressing concerns as hospitals, outpatient clinics and physicians’ practices have started providing elective medical procedures — services that had been suspended for several months.

Late last month, the Kaiser Family Foundation reported that 48 percent of adults had skipped or postponed medical care because of the pandemic. Physicians are deeply concerned about the consequences, especially for people with serious illnesses or chronic medical conditions.

To feel comfortable, patients need to take stock of the precautions providers are taking. This is especially true for older adults, who are particularly vulnerable to Covid-19. Here are suggestions that can help people think through concerns and decide whether to seek elective care.

Before you go in.

Give yourself at least a week to learn about your medical provider’s preparations. “You want to know in advance what’s expected of you and what you can expect from your providers,” said Lisa McGiffert, co-founder of the Patient Safety Action Network.

Merryweather-Arges’ organization, Project Patient Care, has developed a guide with recommended questions. Among them: Will I be screened for Covid-19 upon arrival? Do I need to wear a mask and gloves? Are there any restrictions on what I can bring (a laptop, books, a change of clothing)? Are the areas I’ll visit cleaned and disinfected between patients?

Also ask whether patients known to have Covid are treated in the same areas you’ll use. Will the medical staffers who interact with you also see these patients?

If you’re getting care in a hospital, will you be tested for Covid-19 before your procedure? Is the staff being tested and, if so, under what circumstances?

Hospitals, medical clinics and physicians are offering this kind of information to varying degrees. In the New York City metropolitan area, Mount Sinai Health System has launched a comprehensive “Safety Hub” on its website featuring extensive information and videos.

Mount Sinai also encourages physicians to reach out to patients with messages tailored to their conditions. People “want to hear directly from their providers,” said Karen Wish, the system’s chief marketing officer.

Don’t hesitate to press for more details, said Dr. Allen Kachalia, senior vice president of patient safety and quality at Johns Hopkins Medicine: “Where people get in trouble is when they’re afraid to bring their concerns forward.”

Wendy Hayum-Gross, 57, a counselor who lives in Naperville, Ill., had been waiting since mid-March to get blood tests that would help doctors diagnose the underlying cause of a new condition, a goiter. A few weeks ago, she decided it was time.

The hospital lab she went to, operated by Edward-Elmhurst Health, told Hayum-Gross to wear a mask and gave her a number to call when she arrived in the parking lot. Outside the front door, she was met by a staffer who took her temperature, asked several screening questions and gave her hand sanitizer.

“Once I passed that, a phlebotomist met me on the other side of the door and took me to a chair that was still wet with disinfectant. She wore a mask and gloves, and there was no one else around,” Hayum-Gross said. “When I saw the precautions they had put in place and the almost military precision with which they were carrying them out, I felt much better.”

Marjorie Helsel DeWert, 67, of Athens, Ohio, was similarly impressed when she visited her dentist recently and noticed circular yellow signs on the floor of the office, spaced six feet apart, indicating where people should stand. Staffers had even put pens used to fill out paperwork in individual containers and arranged to disinfect them after use.

DeWert, a learning scientist, came up with a patient safety checklist and distributed it to family and friends. Among her questions: Can necessary forms be completed online before a medical visit? Can I wait in the car outside until called? What kind of personal protective equipment is the staff using? And is the staff being checked for symptoms daily?

Some medical centers are allowing caregivers to accompany patients; others are not. Be sure to ask what policies are in place.

If you feel your presence is necessary — for instance, if you want to be there for a relative who is frail or cognitively compromised — be firm but also respectful, said Ilene Corina, president of the Pulse Center for Patient Safety Education & Advocacy.

Be prepared to wear a gown, gloves and mask. “You’re not there for yourself: You’re there to support the health care team and the patient,” said Corina, whose organization offers training to caregivers.

In Orland Park, Ill., debi Ross, an interior designer, and her sister live with her 101-year-old mother. Eight years ago, when her mother had a tumor removed from her colon, Ross and her sister wiped down every electric socket, cord, surface and door handle in her mother’s hospital room.

“Unless Mom absolutely needs [medical] care, we’re not going to take her anywhere,” Ross said. “But I assure you, if she does have to go see somebody, we’re going to clean that place down from top to bottom, I don’t care what anybody says.”

If you are not allowed into a medical facility, get a phone number for the physician caring for a loved one and make sure they have your number as well, Merryweather-Arges said. Ask that you be contacted immediately if there are any complications.

After a hospital visit.

Patients leaving hospitals are fearful these days that they may have become infected with Covid-19, unwittingly. Ask your physician or a nurse what equipment you’ll need to monitor yourself. Will a pulse oximeter and a thermometer be necessary? Will you need masks and gloves at home if someone is coming in to help you out with the transition? Can someone provide that equipment?

“Family caregivers need instructions that are clear,” said Martin Hatlie, chief executive of Project Patient Care. “They need to know who to call 24/7 if they have a question. And they need clear guidance about infection control in the home.”

If home care is being ordered, ask the agency whether they have trained staff to recognize Covid symptoms. And have home care workers been tested for Covid-19 or had symptoms?

If follow-up care is being provided via telehealth, make sure the setup works before your loved one comes home. Ask your physician’s office what kind of equipment you will need, which service they use (Zoom? Skype?) and whether you can arrange a test in advance.

Finally, as you resume activities, help protect others against Covid-19 as well as yourself. When you go out into the world again, “mask up, socially distance and wash your hands,” said Dr. Kachalia of Johns Hopkins. “And if you’re sick or have symptoms, by all means, let your doctor’s office know before you come in for a checkup.”

KHN (Kaiser Health News) is a nonprofit news service covering health issues. It is an editorially independent program of KFF (Kaiser Family Foundation) that is not affiliated with Kaiser Permanente.