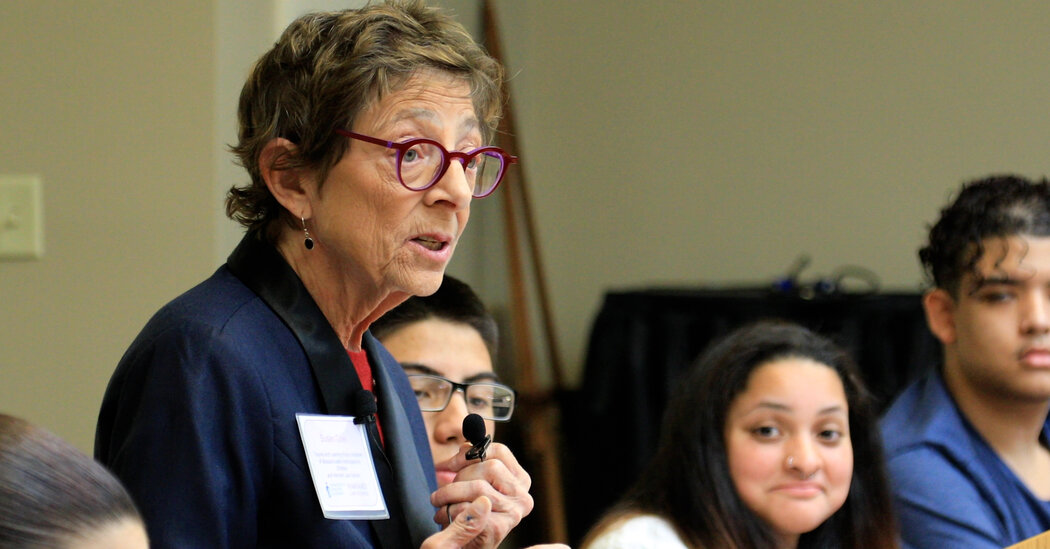 Growing up Jewish in the segregated South impressed upon Ms. Cole “life’s inequities and their consequences,” her son said. After two years at the University of Georgia, she transferred to Boston University, earning a degree in sociology in 1970.

Ms. Cole taught at the Fernald State School for people with developmental disabilities in Waltham, Mass., earned a degree in special education at the University of Oregon, and received a law degree from Northeastern University. She worked for the National Labor Relations Board before joining Massachusetts Advocates for Children.

Ms. Cole looked not only at the many things — abuse, hunger, neglect, disruption from natural disasters — that might unsettle a child’s life, but also at the cognitive results.

“When you come from a home that is very disorganized, sequence and cause and effect can be thrown off,” she told The New York Times in 2013. “This affects language development, memory and concentration. When teachers recognize this, it comes as a relief. Finally the scientists are explaining what they’ve seen firsthand!”

But educating teachers and administrators was only the first step.

“This is about changing the whole school environment,” she told The Times. “You can have a great trauma-sensitive classroom, but if the child goes into the hall or cafeteria and gets yelled at, he can get retriggered.”

Ms. Cole married Mr. Eisen, an architect, in 1986. In addition to him and their son, she is survived by a brother, Stuart.

In 2004 Ms. Cole founded the Education Law Clinic at Harvard, where law students learn to represent students who have experienced trauma and to promote relevant legislation.