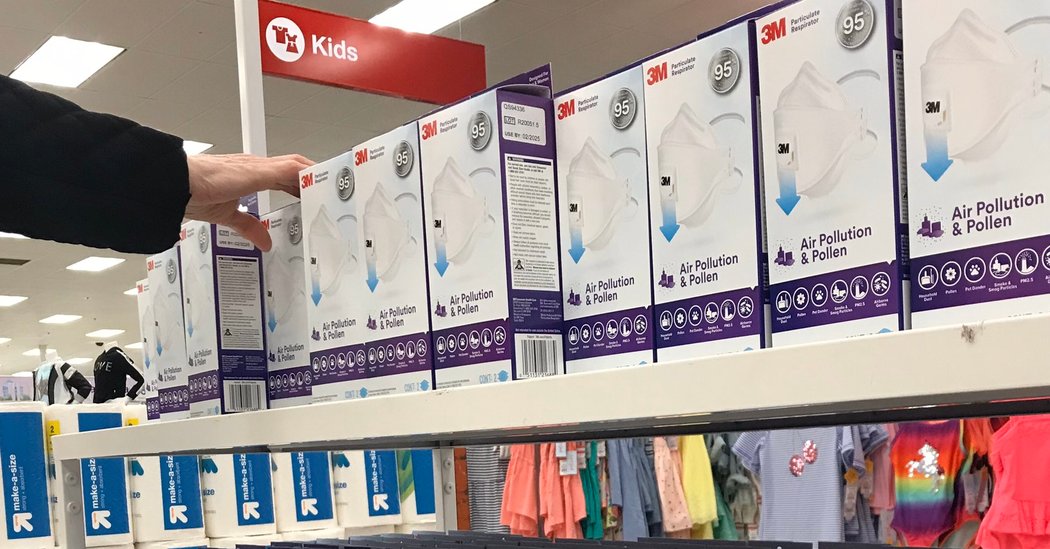 The retailer Target apologized on Saturday after coming under criticism for selling N95 masks, which are in acute demand by medical providers during the coronavirus pandemic, at some stores in Washington State.

The masks were made available to the public for purchase “in error” in select stores in Seattle, the company said in a statement on Twitter. It said it was removing them and donating them to the Washington State Department of Health.

“We’re also reviewing inventory for additional masks to be donated,” the statement continued. “Target’s commitment to communities is unwavering & we apologize.’’

Target issued the apology after it was criticized for selling the masks, which are in short supply to health care workers during the coronavirus outbreak. Washington has been a leading state in deaths related to the virus.

In a tweet, a journalist featured a photo of the masks lining three shelves at a Seattle store.

“Tall stacks of N95 masks @Target in Seattle, despite a shortage at hospitals,’’ wrote the journalist, Ann Dornfeld, a public radio education reporter in Seattle.

Fuse Washington, a progressive organization, also called out the company on Twitter: “Why are you selling thousands of N95 masks when local hospitals are critically short?”

In Seattle, a union for health care workers, SEIU Healthcare 1199NW, on Saturday called the mask sales “unacceptable” and demanded that Target divert them to the medical system. After working with government leaders, the union said Target planned to get the supplies to medical workers.

“We hope other retailers will follow suit,” said Jane Hopkins, a nurse who is executive vice president of the union.

Gov. Jay Inslee of Washington said his office took action after hearing of the reports of the masks.

“My staff and others stepped in,” he wrote on Twitter on Saturday. “Those masks are now on their way to the health care workers who desperately need them.”

A Target representative, Joshua Thomas, on Sunday could not say how many masks had been for sale. “This was an unfortunate oversight and we worked quickly to address it,” he said. ​

In Washington, officials have established a grid to determine which facilities have priority in getting access to the government’s protective equipment.

Long-term care centers with confirmed coronavirus cases and hospitals with the largest numbers of confirmed cases are at the top of the list, while sites lower on the list include homeless shelters or medical facilities that do not have confirmed cases.

With tight supplies of N95 masks, the state Department of Health has told health leaders that only the highest-priority locations will get distributions of those. The agency cautioned that not all requests will be fulfilled, and leaders at places like neighborhood health clinics have already seen weeks pass without requests getting approved.

Washington State is expected to receive a shipment of supplies from the national stockpile this weekend that will include some 1.6 million N95 masks.

Mr. Inslee has also been pressuring the federal government to send a hospital ship to the state’s shores to supplement its medical capacity. But California has also made such a request, indicating an escalating rush between the states to win federal government assistance.

President Trump said on Saturday that the clothing company Hanes was among those that had been enlisted to start churning out masks, although the company said they would not be the N95 masks that were most effective in protecting medical workers.