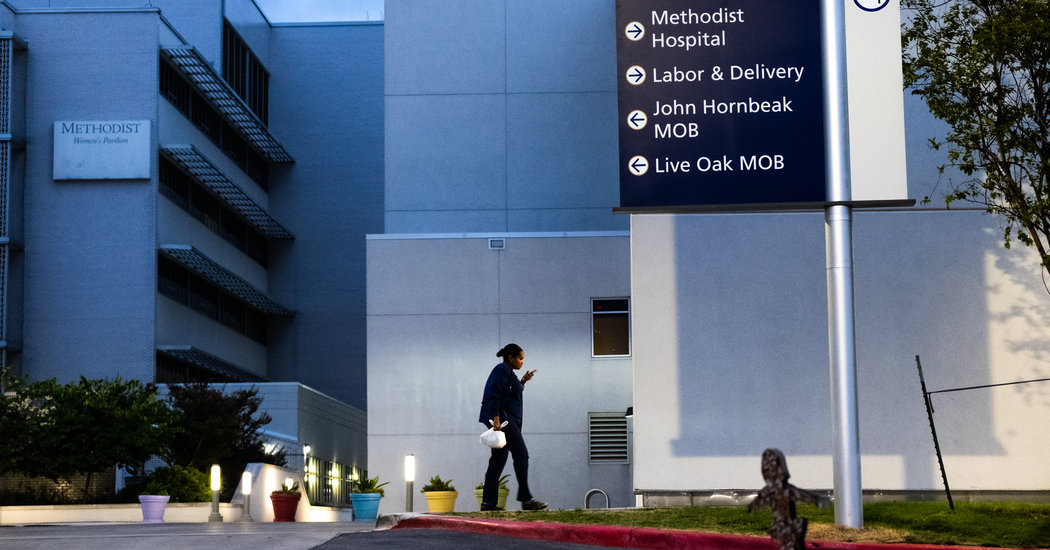 A 30-year-old man who believed the coronavirus was a hoax and attended a “Covid party” died after being infected with the virus, according to the chief medical officer at a Texas hospital.

The official, Dr. Jane Appleby of Methodist Hospital in San Antonio, said the man died after deliberately attending a gathering with an infected person to test whether the coronavirus was real.

In her statements to news organizations, Dr. Appleby said the man had told his nurse that he attended a Covid party. Just before he died, she said the patient told his nurse: “I think I made a mistake. I thought this was a hoax, but it’s not.”

Health experts and public officials have cast doubt over whether “covid parties” are a real phenomenon, and past reports of such parties have fallen apart or remained unconfirmed upon closer examination.

The Times could not independently verify Dr. Appleby’s account. On Monday, the San Antonio health department said its contact tracers did not have any information “that would confirm (or deny)” that such an event had happened there.

In recent days, the hospital distributed video of Dr. Appleby describing the case, along with a press statement. She did not say when or where the party took place, how many people attended or how long afterward the man was hospitalized with Covid-19, the disease caused by the coronavirus. She said she was sharing the story to warn others, especially in Texas, where cases are surging.

The hospital, citing patient confidentiality rules, declined to publicly identify the man. His family did not respond to several interview requests passed along through the hospital.

Asked about skepticism about the story, Laura Breeden, a spokeswoman for Methodist Healthcare, said, “I was not there; however, Jane Appleby is our chief medical officer. I believe what she says is true.”

There were 8,332 new confirmed coronavirus cases in the state on Saturday, according to a New York Times database. Over 258,000 cases and more than 3,200 deaths have been recorded in Texas so far. At least five people between the age of 30 and 39 have died from coronavirus in San Antonio according to virus tracking efforts there.

Past reports of “Covid parties” have fallen apart. County health officials in southeastern Washington State reported in May that they had evidence that at least two coronavirus cases were linked to one or more so-called Covid-19 parties, then quickly reversed themselves, saying that the parties may have been more innocent gatherings.

In Alabama, reports that students were gathering to bet on who could get infected with the virus first — with the sickened winner taking home a pot of money — led to warnings from the University of Alabama to students about the parties’ risks, but state health officials were unable to confirm the events even happened.

The idea seems to have its origin in a practice from the days before there was a chickenpox vaccine. Some parents hosted chickenpox parties to infect their children with the disease, as it was thought to be more dangerous to contract as an adult.

The vaccine is the safest way to protect against chickenpox now that it is available, though some, including former Gov. Matt Bevin of Kentucky, still allowed their children to participate in such gatherings to contract the illness.

A covid party would be “dangerous, irresponsible and potentially deadly,” said Dr. Robert Glatter, an emergency physician at Lenox Hill Hospital in Manhattan.

“Attending such a party may be a path to an early demise, if not chronic and unrelenting fatigue, chest pain, difficulty breathing and daily fevers, if you do survive,” Dr. Glatter said.

The coronavirus does not behave like the chickenpox, he said, and deliberate infection with either virus is a bad idea.

The United States recently hit a record number of new Covid-19 cases per day, with over 68,000 confirmed cases on Friday.

Being infected by the coronavirus has yet to be proved to provide immunity, so reinfection is still possible.

In an Op-Ed article for The Times, Dr. Greta Bauer, a professor of epidemiology and biostatistics, warned against so-called coronavirus parties, noting that even young people can be hospitalized and face long-term damage from the virus.

“It is important that we don’t take unnecessary risks with unknown consequences,” Dr. Bauer wrote. “If we can avoid infection, we need to do exactly that.”

The U.S. Centers for Disease Control and Prevention warns that people infected with the coronavirus should not attend gatherings, and that any event where people are mingling without face coverings or social distancing is inherently high risk.

A California man died from Covid-19 after going to a party — not held for the purpose of infecting its attendees — where people did not wear masks and an infected person had attended.