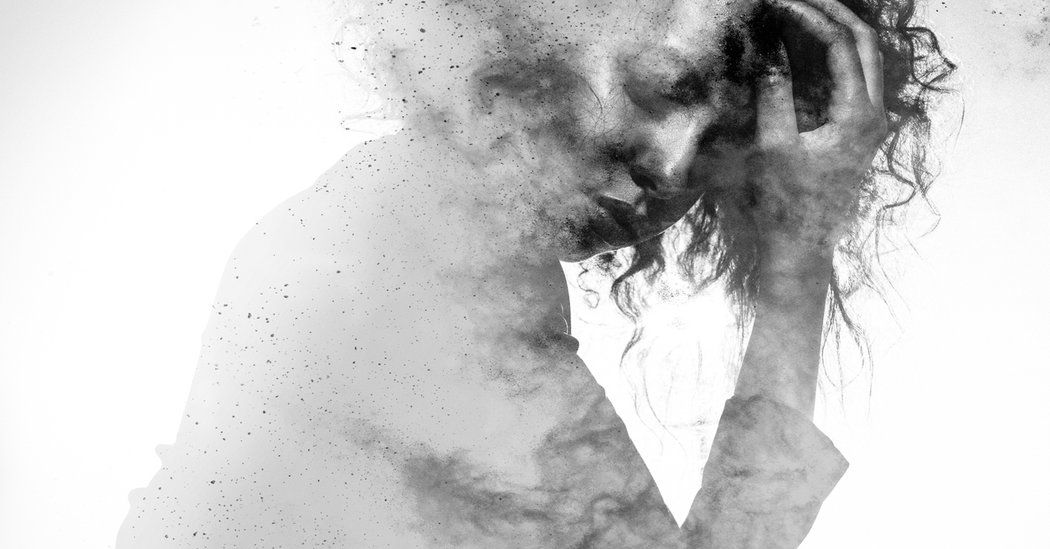 I was a 22-year-old temp working for a high-profile company when I collapsed on the bathroom floor at work. I had no clue what was happening and neither did anyone around me. My heart was beating loudly, making it difficult to think, move or speak.

When I was taken to a hospital, the doctor told me what I had experienced was a panic attack induced by severe stress. I went back to work the next day and acted as if nothing had happened. I was ashamed, and my pride wouldn’t let me discuss the matter with my worried co-workers.

This would be the first of many attacks I had before I sought help for my anxiety disorder and moderate depression. At the time, I did not have the language to express what I was feeling.

When I was growing up in a predominantly Black community in Harlem, therapy was stigmatized as something for people who could not handle challenges. Even as an adult, I feared that if I went to a therapist, someone I knew would see me and tell my family and friends, so I hid in deep shame.

It wouldn’t be until I was in my late 20s that I finally decided to see a therapist, and I did so in complete secrecy. My therapist would often say that I shouldn’t have to hide or feel ashamed for wanting to get better, but I didn’t see it as that. I saw it as a sign of weakness that I had to go because my anxiety and depression had reached a point where I couldn’t handle it on my own anymore. Even though therapy was supposed to help me deal with this mental baggage, I couldn’t help but still carry shame.

A few years ago I started being open about my struggles with mental health, and I later discovered that I was far from alone.

“I was socialized in such a way that I thought was healthy, but it was precluding me from dealing with mental health for what it truly was and the great impact that it had,” he said. Black parents often have tough conversations with fairly young children about police brutality and racism, Dr. Fletcher told me. “We are raised to believe that we have to walk outside with a tough skin at all times to survive in the world.”

Our culture has taught us that we do not have the privilege of being vulnerable like other communities; it has taught us to find strength in our faith. Our history has shown us that the medical field cannot be trusted with Black bodies. This summer, between the disproportionate toll of the coronavirus on Black and Hispanic people and the social unrest associated with the Black Lives Matter movement, Black people have a new set of stresses. Even Michelle Obama has said she’s been dealing with “low-grade depression.”

For many Black people, all of this is further compounded by the lack of access to mental health services in our communities. According to a 2018 report from the American Psychological Association’s Center for Workforce Studies, only 4 percent of therapists are African-American, while Black people account for about 14 percent of the population.

Dr. Joy Harden Bradford, an African-American clinical psychologist based in Atlanta, said racism is an underlying factor. In 2014 she started a blog called Therapy for Black Girls as a place for Black women to talk about their mental health, which she has since expanded into a podcast. Other communities, she told me in a phone interview, have “a lot longer of history of getting help. For us, it is still a foreign concept.”

Being transparent about one’s own struggles may help to ease the stigma. In a recent interview in Self magazine, the actress Taraji P. Henson discussed her struggles with depression and the challenges of sharing mental health problems with the public. “I hope that one day we can all be free to talk about mental health and be OK with seeking help,” she said. In an effort to help, she founded the Boris Lawrence Henson Foundation, named after her father, who dealt with mental health challenges after the Vietnam War.

And the hip-hop artist Jay-Z talked about therapy in an interview with the editor of The New York Times in 2017, as well as on CNN in 2018. “As you grow, you realize the ridiculousness of the stigma attached to it,” he said, suggesting that therapy should be offered in schools.

Despite such efforts to open the dialogue about Black people’s mental health, it can still be a struggle. When the R&B artist Summer Walker revealed to fans last fall that she suffered from social anxiety, she faced criticism. The comments reminded me of the many times I have tried to open up to those around me about my anxiety and was met with dismissiveness or coldness.

The only way to truly end the stigma around mental illness is through empathy and offering comfort to those around you who may need help. It is important that we don’t merely start the conversation but continue it by taking action, which is seeking out treatment. The myth of the strong Black man and Black woman has convinced many of us that we are unbreakable even when we are suffering. That affects both how we process our trauma and how we communicate about it with others.

“The biggest barrier is culture,” Dr. Fletcher told me. “Culture is the most resistant aspect to change.”

Dana Givens is an associate digital editor at Black Enterprise, a freelance journalist and host of the podcast “Love and Passports.”