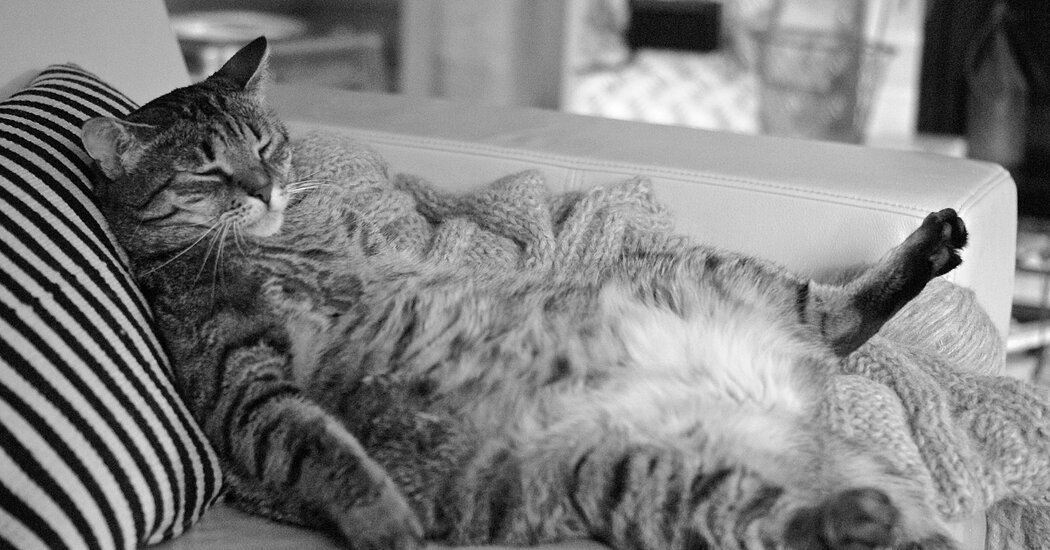 In an interesting new study of overweight adults, those who donned a weighted garment for three weeks dropped pounds, without consciously changing their diets, moving more or otherwise altering their lives.

The study, which grew out of related research with rodents, suggests that our bodies are capable of judging how much we should weigh and, if we abruptly rise above that level, nudging us into dropping pounds. But the findings also raise provocative questions about why, then, so many of us pack on uncontested pounds during adulthood, and whether aspects of our modern lifestyle, such as long hours of sitting, might contribute.

Anyone who has shed pounds and then grimly watched them return has experienced the pull of homeostasis. A well-established biological concept, homeostasis refers, in essence, to our bodies’ stubborn desire to keep things the way they have been. If a physiological process worked before, the body typically tries to reset to it when something within our bodies changes.

In practice, homeostasis means that if, for instance, we manage to trim some body fat, various homeostatic mechanisms in our brains and cells recognize the loss and start sending out messages that increase hunger or prompt us to move less until, inexorably, that original weight creeps back on.

But for some reason, the opposite homeostatic reaction rarely occurs. If we overshoot our original weight or, in the course of normal modern living, pack on some pounds, our innate weight management mechanisms rarely kick in, alert our bodies, and rid us of those added pounds. Instead, the homeostatic system seems almost to shrug and accept that extra body mass as the new normal.

There are many theories about why extra pounds are so intractable, and the full mechanisms are still mysterious. But a few years ago, researchers at the University of Gothenburg in Sweden started to wonder about sitting. Being sedentary for multiple hours a day is associated with heightened risks for weight gain and obesity, in part because sitting burns few calories.

But the Swedish researchers wondered if immobility perhaps also fools bodies into thinking they weigh less than they do, since chairs support a portion of someone’s weight. To study the issue, they first undertook extensive experiments a few years ago with overweight rodents. The scientists implanted lead pellets into the animals, instantly rendering them heavier.

Within two weeks, most of the animals had dropped enough body fat that their weight, including the pellets, was about the same as it had been a month before. After the pellets were removed, the animals regained the lost weight. Their homeostatic weight management had worked.

But when the researchers performed the same experiment on animals bred to have few bone cells of a specialized type that senses outside pressure on the skeleton, they lost little weight after pellet implantation. Their bodies’ sense of how much they weighed appeared to have been thrown off.

The researchers speculated that, normally, the animals’ bone cells would have provided what they called a “gravitostat,” using the body’s pressure against the earth to sense its weight and send messages to the brain about whether that weight had grown or declined. Without those bone cells at work, the rodents did not realize how heavy they had become.

People are not rodents, though, and the findings, while interesting, told us nothing about us. So, for the new study, which was published recently in EClinical Medicine, the same scientists recruited 69 overweight adults and, in lieu of lead pellets, asked them to wear weighted vests. Some of these vests added 11 percent to a person’s body weight; the others added about 1 percent and served as a control. The volunteers were asked to wear the vests throughout the day but not otherwise change their diets or lives.

After three weeks, the men and women wearing the heavier vests had dropped about three pounds of fat, on average, which was less than the weight of their vests but substantially greater than among the other group, whose weight loss was negligible. Some of this successful loss likely was a result of the fact that people in the heavier vests carried more mass now, the scientists believe, meaning they burned more calories whenever they moved.

But the results also intimate that, like the animals in the earlier experiments, humans may contain a gravitostat, says John-Olov Jansson, a professor at the University of Gothenburg who oversaw the new study. If so, our bodies and bones rely on the relative dent we make against the ground to know if our body mass has changed and if, for the sake of homeostasis, we should gain or drop a bit.

In that case, the broad implication is that we may need to stand and move in order for our gravitostat to function correctly, Dr. Jansson says. When you sit, “you confuse” the cellular sensors into thinking you are lighter than you are, he says.

The idea of an internal gravitostat is still speculative, though, he says. The researchers did not look at volunteers’ bone cells in this study. They also did not compare their diets and sitting time, although they hope to in future experiments. Plus, the study was short-term and has practical limitations. Weighted vests are cumbersome and unattractive, and some of the volunteers complained of back pain and other aches while wearing them.

But the researchers expect that wearing a weighted vest is not necessary to goose someone’s gravitostat into action, Dr. Jansson says. If they are right, getting out of your chair could be a first step toward helping your body recalibrate your waistline.