It was inevitable that the federal government’s handling of COVID-19 vaccines would become political. Politics has shaped public perceptions of the pandemic’s severity since it began.

But now the vaccines themselves are becoming politically polarized, with divisions emerging between those who want them and those who don’t.

Polling conducted by a number of firms in November — as cases across the country continued to rise — still showed signs of this split between left and right in Canada.

The latest survey by Léger for the Association of Canadian Studies suggests that only 12 per cent of Liberal voters want to ease pandemic restrictions as soon as possible — even if another wave is possible early in the new year — while 31 per cent of Conservative voters say they want governments to ease up.

The poll also found that 52 per cent of Conservative voters are very or somewhat afraid of contracting COVID-19, compared to 66 per cent of New Democratic voters and 74 per cent of Liberal supporters.

And Liberal, NDP and Bloc voters were about twice as likely as Conservative supporters to list COVID-19 as one of their top three issues of concern.

When asked how governments should prioritize their responses to the pandemic, Conservatives were about twice as likely as Liberals to tell a recent survey for Abacus Data that there has been “too little emphasis on limiting the impact on jobs, income and the economy” — and more than three times as likely to say there has been “too much emphasis on limiting the health risk.”

We’ve seen proof of these political attitudes in how Canadians voted in October’s provincial elections in Saskatchewan and British Columbia. The New Democrats (the main left-of-centre party in both provinces) did significantly better among voters who cast ballots by mail — and avoided crowds by doing so — than among those who voted in person. Right-of-centre parties in both provinces did much better in the in-person voting.

The polarization of immunization

Since attention has turned to vaccines, the Conservatives in Ottawa have focused their attacks on the federal government’s plan to acquire and distribute the vaccines in this country. Conservative Leader Erin O’Toole has claimed that Canada will be “near the back of the line,” though vaccines are expected to start arriving in early 2021.

But this week’s Léger poll suggests a minority of Canadians share O’Toole’s concern. While the poll suggests 37 per cent of Canadians are worried Canada might not get the vaccine at the same time as the United States and the United Kingdom — where the vaccines are produced — 48 per cent said they are “not that concerned” and feel “a few months won’t make much of a difference.”

It’s hard not to see partisanship behind some of this, as the Léger poll suggests Conservative voters are the ones most likely to be concerned about delays — and the ones least likely to say they would take the first vaccine made available to the public.

This is in part because many Canadians harbour doubts about potential COVID-19 vaccines.

A recent Ipsos/Global News poll suggested that 71 per cent of Canadians feel nervous about a vaccine being created and approved so quickly. A similar share of those surveyed said they are concerned about long-term side-effects.

On average, polls conducted by Abacus, ARI and Léger suggest only 34 per cent of Canadians would get immunized as soon as possible, while 41 per cent said they would wait a little before getting the needle. Between 11 and 15 per cent of those polled said they would not get vaccinated at all.

There is certainly a level of distrust among Conservative voters specific to the Trudeau government. According to Léger, about half of Conservative voters believe that the current federal government is withholding information about vaccines. Only 15 per cent of Liberal voters feel the same way.

This trust (or lack of it) could have an impact on Canadians’ willingness to get vaccinated. In the ARI, Abacus and Léger surveys, an average of just 27 per cent of Conservative voters said they would get vaccinated as soon as possible, compared to 43 per cent of Liberals and 39 per cent of New Democrats. 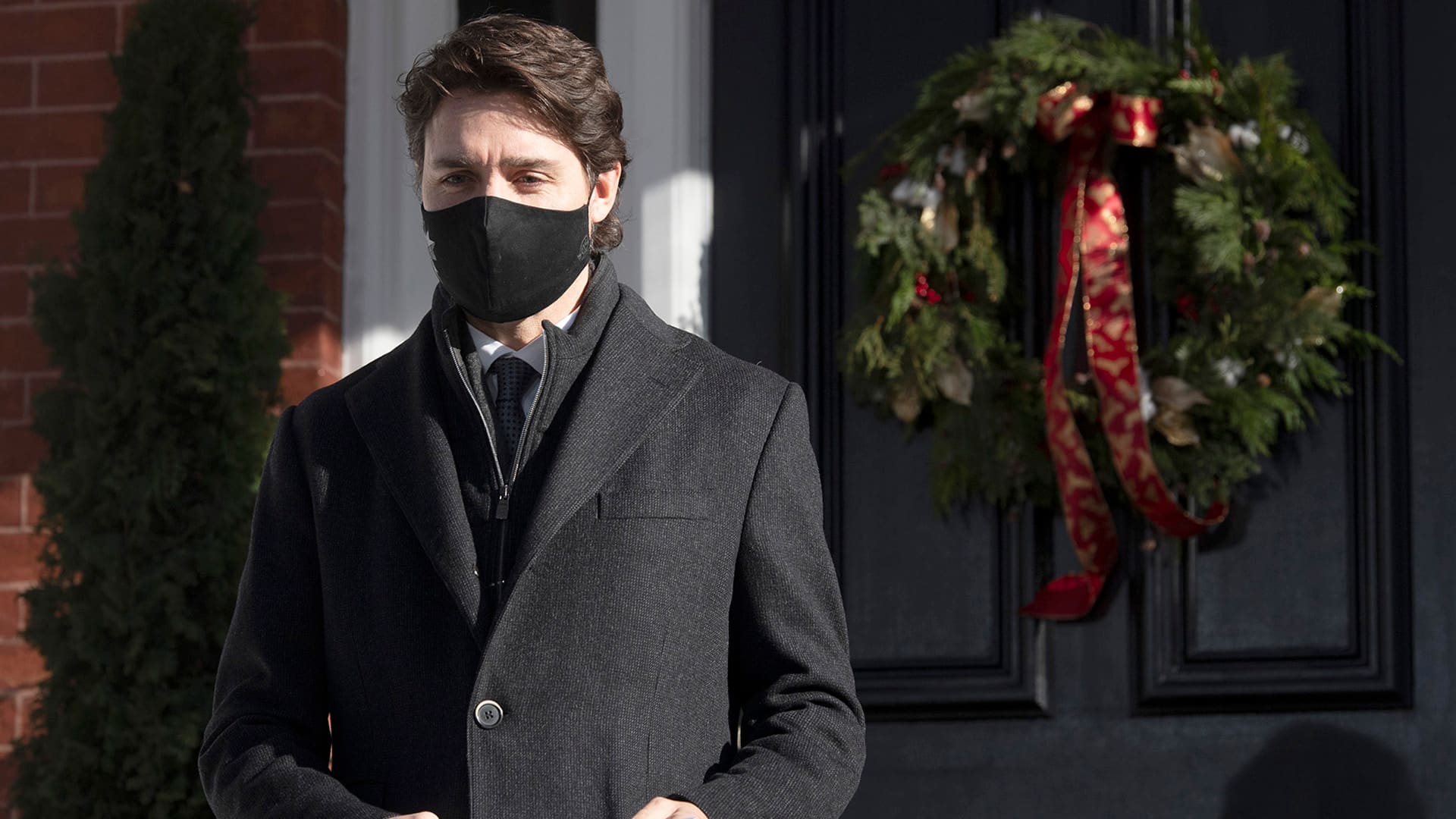 Canada has already pre-purchased millions of doses of multiple COVID-19 vaccines, but the government cannot guarantee when Canadians will get them. And some caution it could be months before this country can begin the distribution process. 1:58

The potential public health risk of this polarization could be mitigated if the federal government revealed a detailed plan for the acquisition and distribution of vaccines. Statements of support for such a plan from conservative premiers — some of whom have echoed O’Toole’s attacks recently — also could help to reduce this partisan split before vaccine doses start arriving.

Will that happen? The answer might depend on how much partisanship is running through Canadians’ veins right now.