You Are Here Home Health News The Perseverance of André Watts 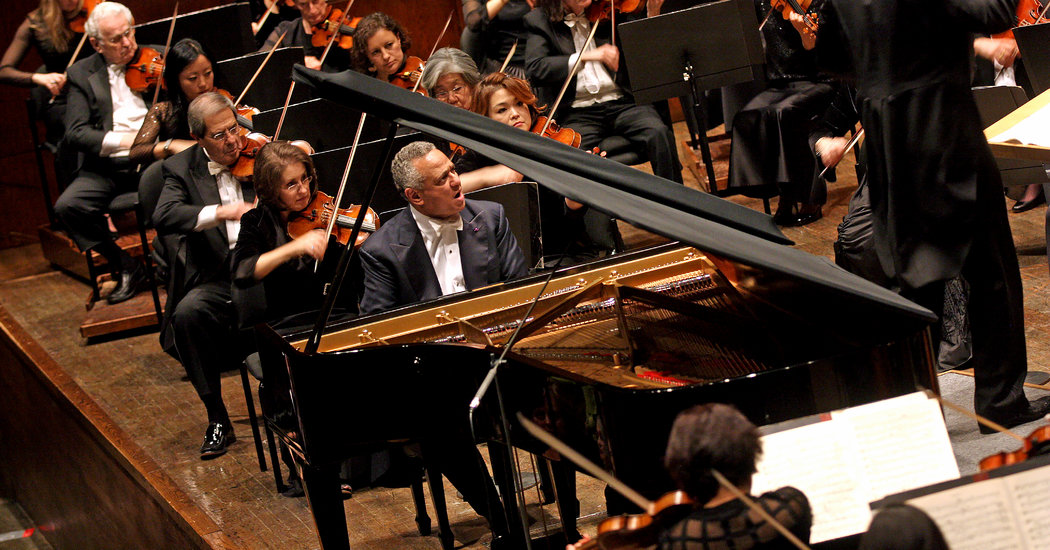 Toward the end of 2019, the classical pianist André Watts was facing what seemed to be an insurmountable impediment. The last time he had encountered nerve damage in his left hand, back in 2004, an operation on a herniated disk led to rapid recovery. But this time the injury was not to the nerve sheath but to the nerve fiber, and after vertebra surgery, the prognosis was not good. Regeneration would take time; there was no guarantee that it would enable him to fully use his all-important left thumb. He canceled quite a few concerts, but would he have to relinquish his performance career altogether?

There was no need to concertize in order to boost his reputation. Half a century of performances and recordings had already earned him the National Medal of Arts as well as many other honorary prizes and degrees. Innumerable appearances with virtually every major orchestra here and overseas had brought raves by audiences and reviewers over his “personal magic” and the “opulence” of his sound.

André knew that his teaching would also survive the cancellation of performances. I use his first name because after he joined the music faculty at my school, we bonded as cancer patients and then celebrated when his prostate cancer went into remission in 2017. At the start of this year, I marveled at his ingenious plan to meet at least some of his upcoming commitments to appear onstage, despite the immobilized fingers of his left hand.

While driving home from school one day, André heard on the radio Maurice Ravel’s “Concerto for the Left Hand in D Major,” which was commissioned by Paul Wittgenstein, an Austrian pianist who had lost his arm in World War I. Could the piece be tackled by the right hand, André wondered as he began working on a transcription? Would the conductors in Detroit and Atlanta, with whom he was scheduled to appear in March, be willing to swap the Ravel for what he had signed up to play, Beethoven’s “Fifth Piano Concerto”?

André’s love of performing dates back to the age of 10, when he played his first concert with the Philadelphia Orchestra and guessed that being a concert pianist could become “a grown-up job,” although even then he realized that “‘wanting’ and ‘being’ were not the same thing.”

That he continued making beautiful music for decades explains why both Thomas Wilkins, a guest conductor of the Detroit Symphony Orchestra, and Robert Spano, the musical director of the Atlanta Symphony Orchestra, immediately agreed to the proposed Ravel program. André began practicing, while I watched online videos of the piece, wondering how he could retain balance when reaching for notes in the lower range of the keyboard with his right hand. André’s esteemed teacher Leon Fleisher had explored left-hand compositions because of a dysfunctional right hand. But André would be using the traditionally stronger hand on a score composed for the weaker. No extensive right-hand repertoire exists.

Watching videos about the Ravel concerto, I saw one hand sounding as if there were 10 fingers executing chord and bass jumps, arpeggios and glissandos. The jazzy passages with wind and strings as well as the lyrical cadenza brood over loss — the lonely melancholy of a broken existence, of enduring without a sense of wholeness, security, normalcy — even while erupting in astonishment at making an ardent noise in the midst of impairment. Ravel’s polyrhythmic piece provides a paean to disability when “wanting” and “being” are “not the same thing.”

In February, André had to cancel the Detroit concerts. A bad case of tendinitis made it impossible to practice. Did the strenuous workout of his right hand, incurred by perfecting the Ravel piece, induce the condition?

At the same time, André was becoming aware that his prostate cancer was recurring. His PSA level had gone up; there was talk of a clinical trial. Surely this mortal threat would give him pause. In the face of such a looming menace, how could he possibly tackle the logistics of a demanding performance or summon the needed adrenaline and concentration? Putting physical disability on view in the highly competitive arena of classical music takes grit; playing with invisible disease seemed even more terrifying to me.

At the start of March, André and his wife decided to drive rather than fly to Atlanta because of the threat of the coronavirus. Two weeks later, they received word that the concerts had been canceled. Disappointed, but not surprised, they took solace in the fact that André would be freed up to start his cancer treatments earlier than expected. Perhaps, they thought, he would be able to play while in treatment, if and when the concerts were rescheduled. While the miseries of the pandemic multiplied, they sent me a photograph of a one-legged starling hanging around their bird-feeders that served as their “daily inspiration.”

“Heard melodies are sweet, but those unheard are sweeter”: John Keats’s words hardly served as recompense, as I speculated that the audiences for those canceled concerts quite possibly would have intuited the full measure of André’s fortitude. For although he is “rather private” in his personal life, André has explained, “when I’m onstage I don’t hide anything.”

Slowly, while the devastation of the pandemic was sinking in, the significance of André’s perseverance dawned on me. He was determined to do what he loved doing while he could still do it. As a consummate artist, what he could still do — and do now perhaps better than at any earlier time of his life — was express the sonorous incongruity between “wanting” and “being” that troubles so many people contending with visible and invisible damages … especially during this national crisis, when many people cannot do what they love doing. Pondering the lengths to which André went on trying to do what he does so brilliantly stands me in good stead, as does his readiness to imagine resuming his efforts after the coronavirus has finally run its ghastly course.

André’s resolute deportment reflects a perspective he has cultivated throughout his life. When asked about the damages of racial discrimination, for instance, he generally mentions that as a half-black, half-white person he has determined “not to use any real or perceived racial prejudice as an excuse for not ‘pushing forward’ in whatever I wanted to do.” He takes heart from his predecessors in classical music — Marian Anderson, William Warfield, Leontyne Price — and the realization that “the phrase ‘life is not fair’ is true for every human being.”

Back in 1987, during an appearance on “Mister Rogers’ Neighborhood,” André explained that during periods of unhappiness “going to the piano and just playing gently and listening to sounds makes everything slowly feel all right.” He assured the children in his audience, “every time you make a mistake … you actually learn more about that piece of music or that place in the piece of music.”

André’s advice to older students also clarifies his response to adversity. The best musicians, he claims, “strive to live and grow as themselves while cultivating compassion for all other human beings.” He has become, hands down, a prime exemplum of that striving.

Susan Gubar, who has been dealing with ovarian cancer since 2008, is distinguished emerita professor of English at Indiana University. Her latest book is “Late-Life Love.”