You Are Here Home Health News The Universal Language of Caring 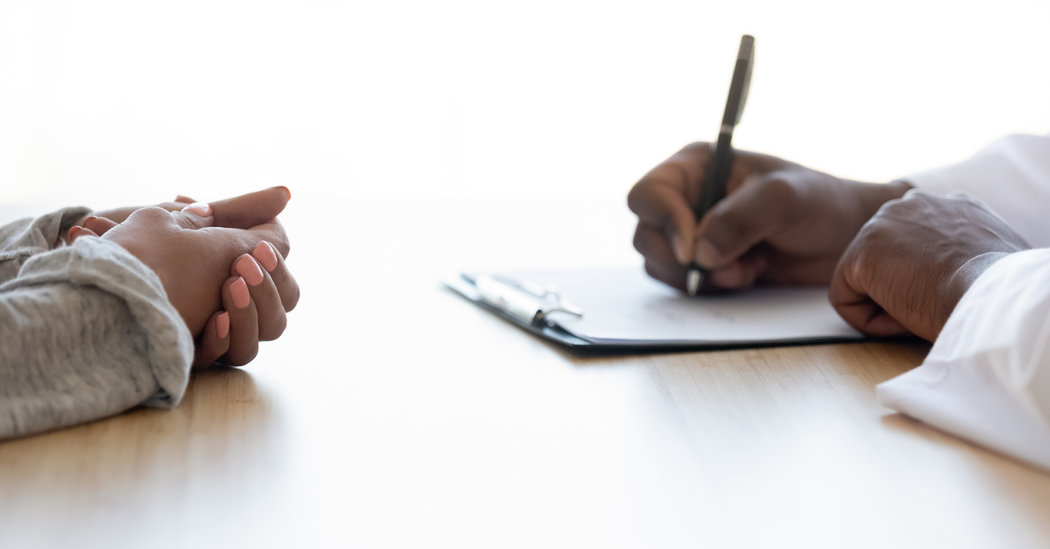 The phone sitting on my patient’s bedside table looked as if it had been designed by Dr. Seuss.

Everything about it was wrong. It was the wrong color: a royal blue, whereas our hospital preferred neutral tones like beige, gray or white for its equipment. The wrong size: much too wide and thick, in an era when our most common method of communicating involves a thin slab of aluminum and glass that can fit in a pants pocket. And it had the wrong number of handsets: two, in cradles abutting each other, like a conversation chair designed to allow the handsets to have a tête-à-tête without humans needing to get involved at all.

Would I really be able to connect to my patient using this thing?

What had happened to my patient’s health was wrong, too. She had gone to urgent care with a nagging cough that wouldn’t be quieted with over-the-counter medicines. A chest X-ray revealed a pneumonia, but her laboratory tests were even more worrisome: red blood cells and platelets that were much too low, and an incompetent immune system that had permitted the infection to settle in her lungs.

She was admitted to the hospital and underwent a bone marrow biopsy that illuminated the cause of her woes: acute leukemia. But not just any type of acute leukemia. She had a rare subtype called acute promyelocytic leukemia, which thumbed its nose at the usual conventions we associate with other leukemias.

Instead of a sky-high white blood cell count from the rapidly proliferating leukemia cells, the white blood cell count of A.P.L. is usually low. Instead of three possible outcomes from treating leukemia — remission, persistent disease or death — A.P.L. has only two: remission or death. And instead of using chemotherapy to treat the cancer, we used two unusual drugs: all-trans retinoic acid, a vitamin A derivative; and a drug usually associated with the fictional Brewster sisters’ poisoning of lonely old men: arsenic.

Arsenic has been used medicinally in Eastern and Western medicine for almost 2,500 years for a variety of conditions, from rheumatism to syphilis. In the 19th century, doctors began using arsenic to treat lymphomas and chronic leukemias. In the late 1990s, investigators at the Harbin Medical University in the Heilongjiang province in China reported that using arsenic, without chemotherapy, led to an astounding remission rate of 73 percent in 30 patients with A.P.L. Subsequent studies in the United States and Europe in patients whose leukemia had relapsed reproduced these results, and eventually the drug became a standard way to treat this type of leukemia when it is first diagnosed.

I smiled at my patient and waved to her, and she mirrored my greeting. She was in her 60s and spoke only Cantonese, despite having lived in the United States for decades. I think I would have trouble learning to speak Chinese if the situation were reversed. I lifted one of the phone’s handsets, and she lifted the other.

“The Chinese interpreter is on the line!” My patient and I both heard a disembodied, but cheerful voice through the receiver. The interpreter was located elsewhere in the hospital. I then heard what I assumed was the same message, spoken by the interpreter, in Cantonese. My patient nodded faintly, in acknowledgment.

“It’s so nice to meet you, but I’m sorry about having to meet you when you’re sick,” I said into the mouthpiece. A pause, and then the interpreter spoke as I gazed at my patient’s face. She was listening intently as she clutched the phone, and then glanced over to me and gave another slight nod.

As the interpreter skillfully translated these complex medical concepts, words that would change my patient’s life from this moment forward, I had time to watch her reaction to each new piece of information. To really watch her.

A dawning realization of the seriousness of her diagnosis. She twisted the blue telephone cord that connected us around her finger nervously. I asked if she had any questions. She inquired about how we would treat the leukemia.

“We would use a medicine called arsenic,” I said. The interpreter paused, choosing le mot juste before speaking.

“It sounds scary but it works very well. It was discovered in China.” The translation followed, and she gave me her first smile. This time I paused before speaking, and she looked over to me.

“We’ll take very good care of you, I promise,” I said, and our eyes locked. She nodded and her smile broadened as she mouthed, “Thank you.”

The interpreter translated what I said, but it wasn’t necessary. This time, we understood each other.

Dr. Mikkael Sekeres (@MikkaelSekeres) is director of the leukemia program at the Cleveland Clinic and author of the book “When Blood Breaks Down: Lessons From Leukemia.”