You Are Here Home Health News The world is unprepared for the next pandemic, study finds 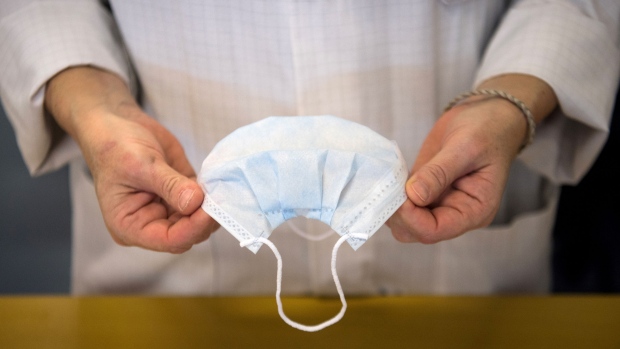 The entire world remains unprepared for the next pandemic and most countries are underprepared even for small outbreaks of disease, researchers reported Wednesday.

Not a single country scored well on the Global Health Security index — a measure of preparedness for various health emergencies and problems put together by the Nuclear Threat Initiative and the Johns Hopkins Center for Health Security at the Bloomberg School of Public Health.

“The 2021 GHS Index continues to show that all countries still lack some critical capacities, which hinders their ability to respond effectively to COVID-19 and reduces their preparedness for future epidemic and pandemic threats. The average country score in 2021 was 38.9 out of 100, which is essentially unchanged from 2019,” the report reads. The highest overall score was just under 76 — achieved by the United States.

The worst area of preparedness is in preventing the emergence of new pathogens such as the virus that has caused the current pandemic. “The global average for the prevention of the emergence or release of pathogens is 28.4 out of 100, making it the lowest-scoring category within the GHS Index,” the report reads. It finds 113 countries “show little to no attention” to diseases transmitted from animals to humans.

“Leaders now have a choice,” said Dr. Jennifer Nuzzo, senior scholar at the Johns Hopkins Center for Health Security. “They can make dedicated, sustainable investments in the new capacities created during the COVID-19 response to prepare their countries for the long term, or they can fall back into the decades-long cycle of panic-and-neglect that will leave the world at grave risk for inevitable future public health threats.”

“Political and security risks have increased in nearly all countries, and those countries with the fewest resources have the highest risk and greatest preparedness gaps,” the group said in a statement. It found the populations of 161 countries have low to moderate levels of public confidence in their governments.

The US was the No. 1 example of this, the report found. “With more reported cases and more deaths than any other country, the United States’ poor response to the COVID-19 pandemic shocked the world,” the report read. “How could a country with so much capacity at the start of the pandemic have gotten its response so wrong?” the report asked.

It found several reasons. “The most significant: it had the lowest possible score on public confidence in the government—a factor that has been identified as key among countries with high numbers of COVID-19 cases and deaths. Such lack of confidence can undermine public adherence to disease-control measures, such as wearing masks or complying with stay-at-home recommendations or vaccination protocols, which have been reported among the ongoing challenges to the U.S. COVID-19 response,” it added.

“Over nearly two years, U.S. politicians have questioned the motives and messages of health officials and debated the seriousness of the virus and the effectiveness and safety of vaccines. The result: in many areas of the country, people have been unwilling to comply with public health recommendations that would slow the spread of the virus.”

Other U.S. weaknesses included limited access to health care without cost barriers, and lower numbers of health care personnel and hospital beds per capita than many other high-income countries.

The findings show that even rich and seemingly prepared countries can still fail to contain a pandemic. “The public must trust advice from health officials and not face hurdles, such as lost income, if protective recommendations are to be followed,” the report reads.

“Public health and health system capacities must be coupled with policies and programs that enable all people to comply with public health recommendations. Universal health coverage, paid sick leave, subsidized childcare, income assistance, and food and housing assistance are examples of policies that helped populations comply with protective public health measures of the COVID-19 pandemic,” it recommends.

“For example, Ghana and Ukraine both provide wraparound services, such as economic or medical support, to infected patients and their contacts to self-isolate or quarantine. New Zealand raised its minimum wage and began providing weekly benefits to support participation of public health measures in society.”